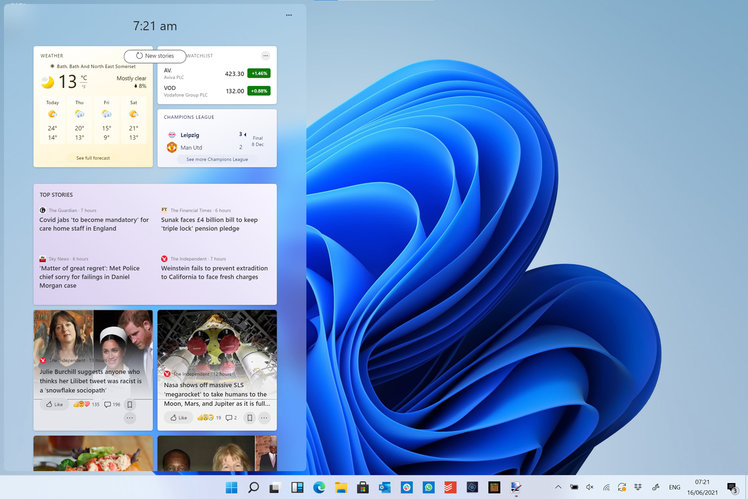 Windows 11 is coming – but it’s not going to be with us fully until later in the year – probably October if Microsoft’s own screenshots are anything to go by.

The quickest way to get a final Windows 11 version from Microsoft will most likely be to download it manually or to – rather expensively – buy a new PC.

Windows 11 will, however, be a free update for existing users and for anybody buying a PC now. The new OS will be available for all via Windows Update, but that process is likely to continue into 2022.

To see the latest Windows Updates, go to Settings > Update and Security > Windows Update. When it becomes available, it will explicitly offer you to Upgrade to Windows 11 so you’ll be able to do it at a time that suits you.

If you don’t have Windows 10 yet, you can still get it for free by downloading the installation file (ISO) onto the PC in question, running it and choosing Upgrade this PC now when prompted.

Is there a Windows 11 beta available first?

In a word, yes there is. An early Windows 11 version is currently rolling out to members of the Windows Insider program and there will be a wider public beta in the summer. Anyone can become a Windows Insider, but you absolutely must install early versions of Windows on a system that you don’t rely on every day. Early software like this contains bugs and things that just don’t work and you shouldn’t put yourself in a position where you need to rely on it.

That said, you can join up to the Microsoft Windows Insider program here.

Want to know if your PC will be compatible?

There are a few hoops you need to jump through before you can install Windows 11. We’ve talked about the Windows 11 system requirements elsewhere, but this time Microsoft says you can only install it on processors made from roughly 2016-17 onwards. That’s thanks to the security measures that processors made from that date onwards have.

Microsoft has upgraded its PC Health Check tool (download link) to check whether you can upgrade your PC to Windows 11.