Whether you just took screenshots of a hilarious glitch or an epic gaming achievement, you’ll need to know where they’re saved to share them. Here’s how to find where Steam is hiding your screenshots.

How to Find Your Steam Screenshot Folder for Any Game

The simplest way to find your screenshots is directly through Steam. 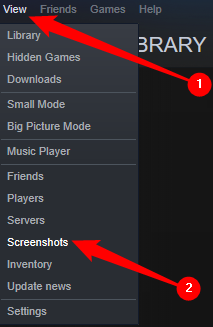 Click the drop-down menu at the top to select a game’s screenshots, then click “Show on Disk.” 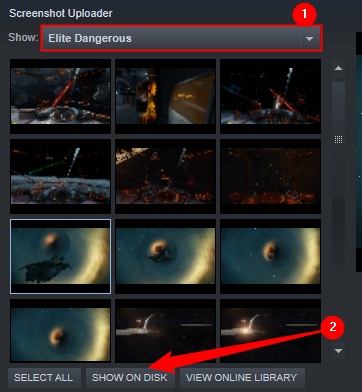 The screenshot folder will open automatically in a new window. The path in the address bar is where the screenshots for that game are saved. 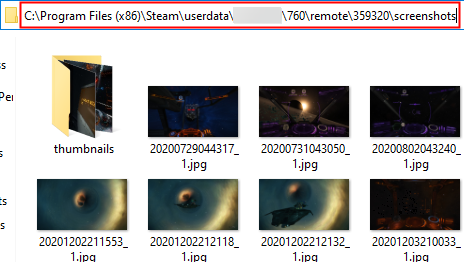 How to Find Your Screenshots Manually

The Steam folder itself can be almost anywhere — it entirely depends on where you chose to install it. If you installed Steam with the default options, here is where you will find it:

RELATED: How to Move a Steam Game to Another Drive, The Easy Way

Unfortunately, the naming scheme for game folders isn’t the most intuitive. By default, each game you have installed via Steam has a separate screenshots subfolder located inside the Steam folder. The subfolder is located at:

The placeholder “<AccountNumber>” stands in for numbers tied to your specific Steam account, and “<GameNumber>” is the game’s application ID.

There isn’t a quick way to know what game is associated with each number, so you’ll have to just poke around until you find the right folder.