With the launch of the Chromecast with Google TV, Android TV received its biggest interface update in years. If you don’t want to wait to get the new interface on your older Android TV streaming device, you can get it now.

Android TV devices will slowly be upgraded to the new “Google TV” interface over the next couple of years. The most noticeable change is the revamped home screen. By installing a few apps, we can get that new experience right now before the big update rolls out.

RELATED: What’s the Difference Between Chromecast and Android TV?

Before we get started, there are a few requirements you need to meet. First, your Android TV set-top box, TV, or dongle must be running Android 9 or above. You can check this by going to Settings > Device Preferences > About > Version.

Note: the instructions in this guide are confirmed to work on the Nvidia Shield TV. Your results on other Android devices may vary.

There are a couple of files we need to sideload on your Android TV. The first file is the Google TV Home launcher itself. That will do most of what you need, but the Search tab won’t work. To get that working, we’ll also need to install an updated Google app.

Download these files on your Android phone or tablet, iPhone, iPad, or computer. We need to move them to your Android TV device. The easiest way to do this is with a cloud storage service such as Google Drive. Upload the two files either via its website or Google Drive’s mobile apps.

You can then access Google Drive on your Android TV with an app called “File Commander.”

Once the files have been moved to Google Drive, open them on your Android TV with the File Commander app.

When you select the APK, you will be asked to allow File Commander to install unknown apps. Select “Settings.”

Toggle the switch on for the File Commander app. You won’t have to do this every time.

Now, select the APK again and click “Install” on the next screen. Do this for both the Google TV Home and Google Base APKs.

Now that we have the necessary apps installed, we can replace the old Android TV Launcher. In order to use Google TV Home, we have to actually uninstall the old launcher first. Since the Android TV Launcher is a system app, uninstalling it requires a little extra work.

First, select the Gear icon on your Android TV home screen to open the Settings menu.

In the Settings, scroll down and select “Device Preferences.”

Choose “About” at the top of the preferences.

Scroll down to “Build” and select it repeatedly until a message says “You Are Now A Developer!”

Tap the Back button on the remote and select the newly-added “Developer Options.”

Toggle the switch on for “Network Debugging.” This will allow us to send ADB commands to the Android TV from our Android phone or tablet.

Next, grab an Android phone or tablet and install “Remote ADB Shell” from the Google Play Store.

Open the app and enter the IP address of your Android TV device. You can find this on your Android TV by navigating to Settings > Device Preferences > About > Status > IP Address. Keep the port number as 5555 .

A message will pop up on your Android TV. Select “OK” to enable the wireless connection.

Your smartphone or tablet is now connected to the TV. We’ll use a command to uninstall the Android TV Launcher. Type this command and hit Enter: 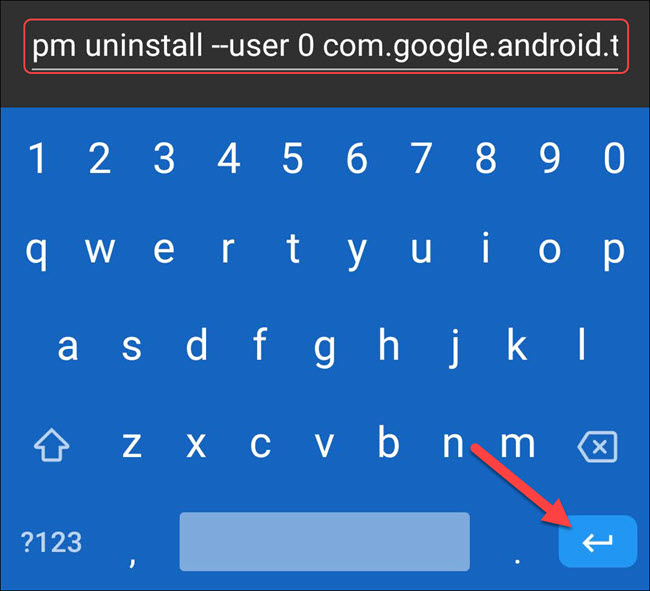 If the command worked, you’ll see a message that says “Success.”

Now, when you click the home button on your Android TV remote, it will take you to the new home screen (it may take a few seconds to load). You now have the Google TV experience on your Android TV! And since we installed the Google app, the Search tab should be functional as well. 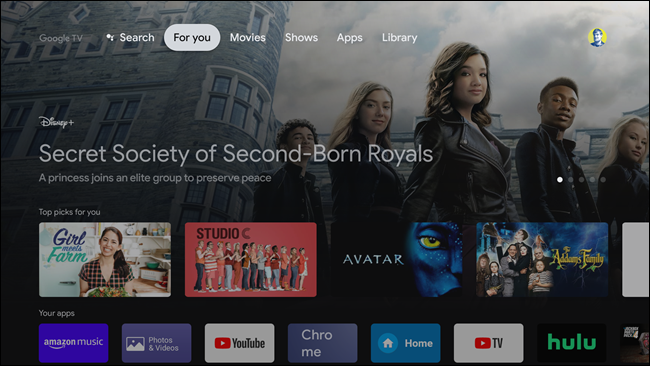 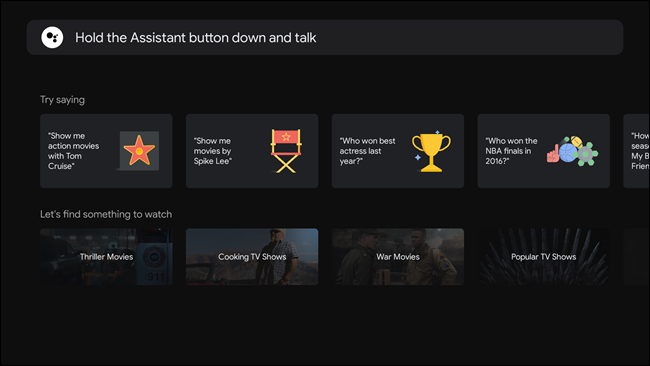 It’s worth noting that this is only Google TV on the surface level. There are other features, including the redesigned Settings menu, that will require the firmware update. Until then, you can enjoy a brand new look.