Last week, Microsoft announced Windows 11. When it did so, it promised that Windows Insiders would be able to start testing out the Windows 11 beta beginning the next week. If you want to install this thing on day one, there are some things that you can do to get your PC ready.

Check if your PC is eligible for Windows 11 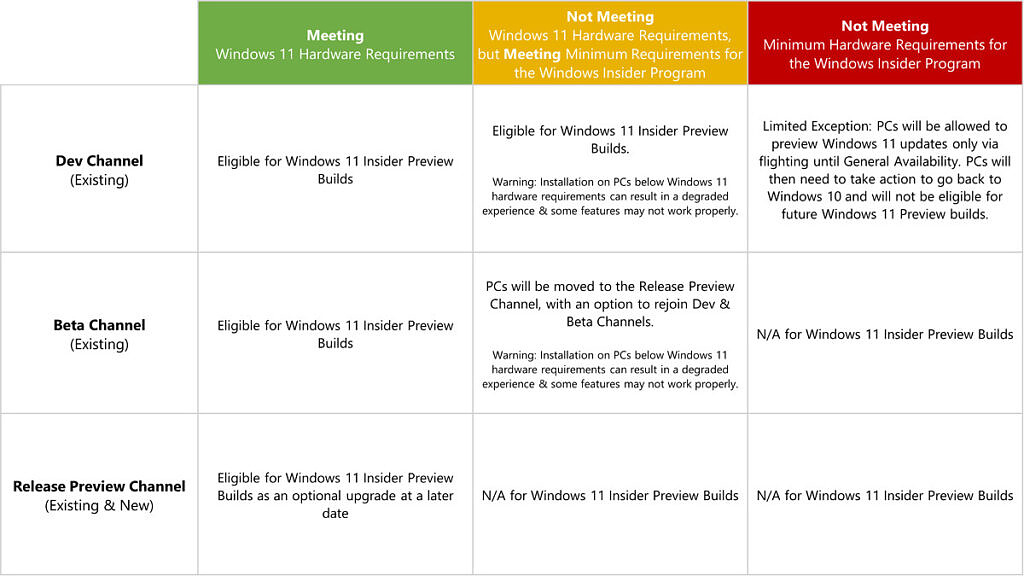 The following table represents eligibility if you’re already in the Windows Insider Program and testing Windows 10.

This is very important, because if you start testing out Windows 11 and you don’t meet the minimum requirements, you’re going to have to roll back to Windows 10. That means that you’ll have to do a clean installation of the OS.

To check if your PC is eligible for Windows 11, you can run Microsoft’s PC Health app. That’s going to let you know if your PC meets the minimum requirements.

Again, this isn’t about finding out if your PC can run the Windows 11 beta in the Insider Program, because those are different requirements. This is about knowing if your PC will be able to run Windows 11 when it comes out this holiday season, so you can make an informed decision on whether to go ahead with installing the preview.

Getting ready for the Insider Preview

By now, you should be mentally prepared for what you’re about to do. In case you’re not, keep in mind that this is an early build. There are going to be some that are unstable, and the only way to roll back (after a 10-day period) is to do a clean installation of Windows 10.

Also, this isn’t like an Android or iOS beta, where the company releases a rough build to start, and then is gets refined as we slide into general availability. There are going to be Windows 11 preview builds that are more stable than others, and then there are going to be some that make you want to throw your PC out the window. Here in the Windows Insider Program, we just sort of roll with the punches.

All set? Good, here’s how you enroll your PC.

The third option is the Release Preview channel, and that’s reserved for testing things that are about to go live. Windows 11 should be in Release Preview roughly a month before its release.

The post How to get your PC ready for the Windows 11 Insider Preview appeared first on xda-developers.