Android 13 is the latest version of Google’s operating system and it’s scheduled for an official release in late 2022. Until then, you can try it out with the Android 13 Beta program. We’ll show you how easy it is.

Note: The first Android 13 Beta was released on April 26, 2022. Beta updates will be released once a month until Android 13 is officially released in late 2022.

The Android Beta program is available for Google Pixel phones that are still receiving updates. At the time of the first Android 13 beta, that includes:

If you have one of these Pixel phones, you can enroll the device in the beta program or flash Android 13 manually.

Enroll in the Android 13 Beta

Joining the Android 13 Beta program is a straightforward process. First, head over to the Android Beta website in a web browser and ensure you’re signed in with the same Google account you use on your Pixel phone.

Next, review the information on the website and scroll down to “Your Eligible Devices.” Here’s where you’ll see your eligible Pixel phone listed. 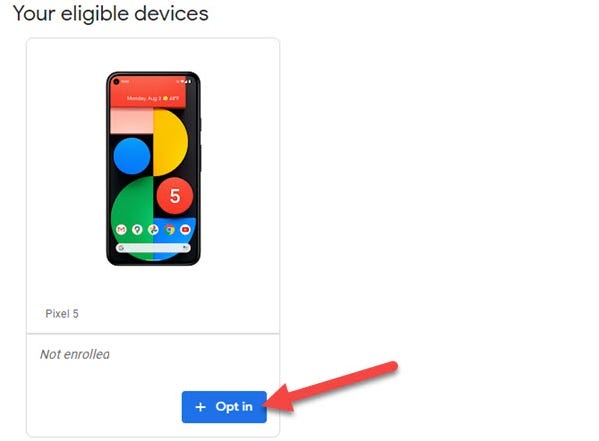 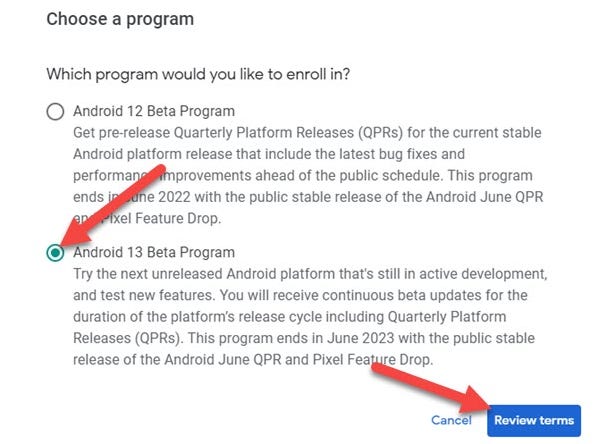 Read the terms and agree to them if you so choose. You can also sign up for any of the email lists you’d like to join. Select “Confirm and Enroll” to continue.

The Android 13 beta update will appear just like a typical update. You can manually check for it by going to Settings > System > System update. Tap “Download and Install” when it arrives. 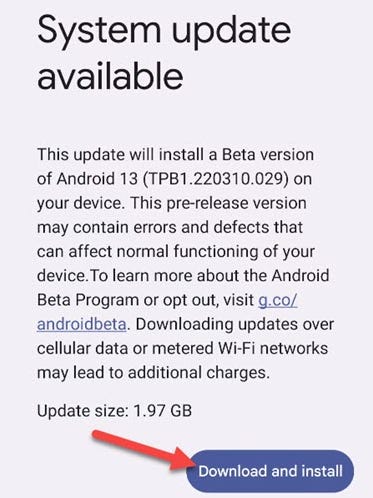 That’s all there is to it! If for whatever reason you don’t want to go the OTA route, you can also download the OTA image for your specific Pixel and manually sideload it. The Beta Program is much easier and you will automatically get future beta releases.