Kill command can be used to kill or terminate a process using “Signal” or “PID.” The command kill sends the specified signal to the specified processes or process groups. If no signal is specified, the TERM signal is sent. This TERM signal will kill processes that do not catch it; for other processes it may be necessary to use the KILL signal (number 9), since this signal cannot be caught. 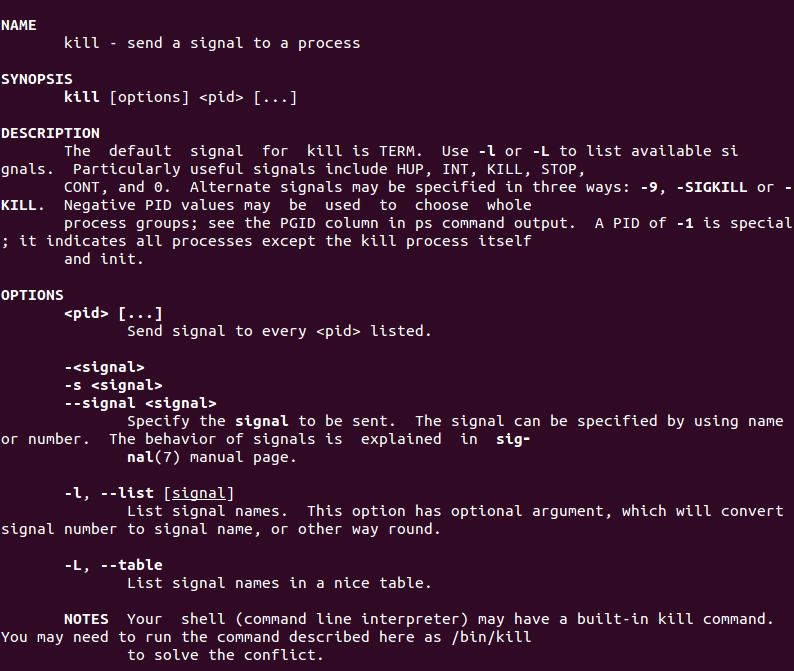 For a kill command a Signal Name could be any of the following:

The SIGTERM is the default and safest way to kill a process as it terminates the process.

Below is the format of the Kill command:

The most easiest way to kill a process is to find the PID of the resource and then run the PID as arguement with the kill command.

What is a PID?

you can find PID of a resource using the “pidof” or “ps” command. To find out PID of a process (say firefox), use the following command:

You can also use the command in other form:

When the kill command is executed, it sends a signal to a process whose PID is passed along with the command as argument.

To be more specific, the Kill command has the following forms:

The Kill command has the following return codes:

Please note that there are few rules to use Kill command:

For X server, there is another command called xkill which can kill a process. The xkill command runs from its X window without passing process name or its PID.