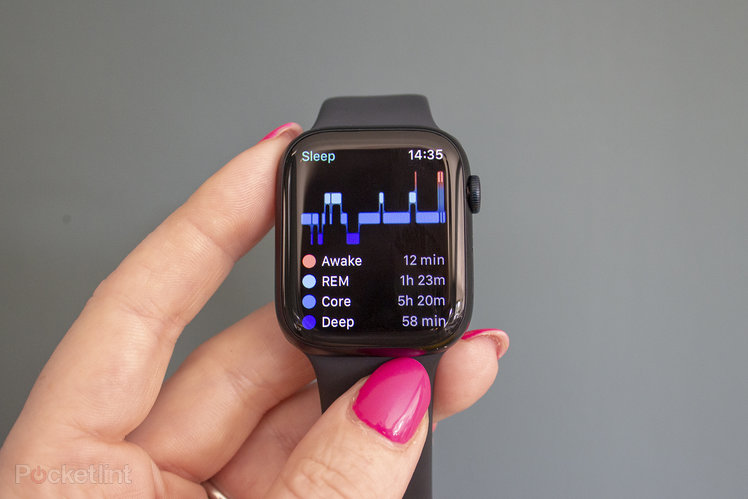 When Apple first released the Apple Watch in 2015, sleep tracking wasn’t offered. It wasn’t until 2020 with the arrival of watchOS 7 that the functionality appeared, though it was in a more basic form than competitors like Fitbit and Garmin.

With the arrival of watchOS 9 though, the Apple Watch finally offers sleep tracking that’s a little more substantial. There are sleep stages now, with a breakdown of time awake, time in REM, time in core sleep and time in deep sleep.

In order to track your sleep with Apple Watch, you need to put your device into the Sleep Focus. It’s then a little tricky to find the data once it is gathered, but don’t worry, we’ve got you covered.

Here’s how to read and find your Apple Watch sleep data.

How to view Apple Watch sleep data on iPhone

You can read and view sleep data from your Apple Watch on either the Watch itself, or on your iPhone. For the latter, follow the steps below:

How to check sleep data on your Apple Watch

It’s possible to view your sleep data on your Apple Watch but you won’t be able to see as much detail as you can with your iPhone. You will only be able to view the previous night’s data rather than an entire week or month for example.

To read your sleep data on Apple Watch, follow these instructions:

In our testing, we’ve found the Apple Watch Series 8 sleep data to be pretty much what we would expect in terms of time asleep and times when we woke up.

Naturally, it’s difficult to determine the accuracy of the stages, though REM sleep is known to be when you are dreaming and we did find that the data presented appeared to correlate with what we had experienced if we had woken up following a dream.

We’ve got an entire feature on sleep tracking and what the data means. In a nutshell, your body dips in and out of four stages throughout a night: Awake, light, deep and REM.

Your body needs a combination of all these stages to recover, rebuild and leave you feeling rested when you wake up. Light is said to strengthen memory and learning, while deep helps with physical recovery and REM is said to help with strategic thinking and creativity.

If you want to read more about sleep tracking and what it means, you can head to our separate feature.

For sleep tracking with sleep stages, you’ll need one of these models: