Soon, Windows 11 devices that don’t meet the minimum system requirements of the operating system, will display System Requirements Not Met reminders to users. 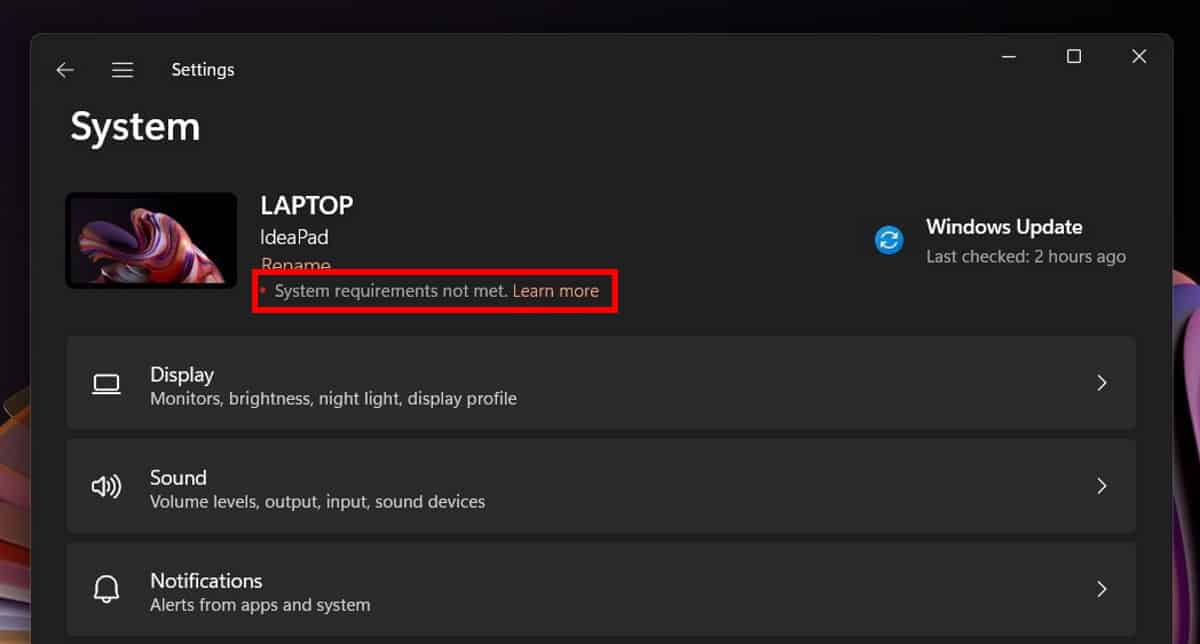 Windows 11 can be installed on devices that don’t meet the minimum system requirements. Microsoft published instructions to do so, and there are several third-party tools, MediaCreationTool.bat, Ventoy, or Rufus, that assist users in installing Windows 11 on devices that are not compatible.

Windows 11 users who don’t want to see the reminder on their devices may make a change in the Windows Registry to hide it. The change affects the message only, it does not affect the status of the system in regards to compatibility.

Remove the System Requirements Not Met reminder in Windows 11

Windows 11 won’t display the reminders anymore that the system is not compatible. The reminder is removed in both locations, desktop and Settings application, on Insider builds. Stable builds of Windows 11 do not display the message currently, and the Registry key does not exist because of that. Microsoft will introduce it in the future, likely, on non-Insider builds of Windows 11.

The reminder has no functional purpose at this point in time and it is easy enough to ignore it. Users who don’t want to see it at all can now hide it on their devices by making a change to the Registry key.