This is a simple tutorial shows how to set the priority of a certain package and/or apt repository in Ubuntu, Debian, Linux Mint.

We can even install apps from other Linux Distributions. For instance, installing Linux Mint’s IPTV player, Web App Mananger, and Chromium Browser (in deb format) in Ubuntu is possible.

However, installing from mixed software sources may cause following questions:

By adding a rule file under /etc/apt/preferences.d/ directory, and pinning a priority will fix the issues.

Just open terminal from system app launcher, and run command to create and edit a config file (replace gedit for other system):

In the case, I created a 99mint-repository file and added following lines: 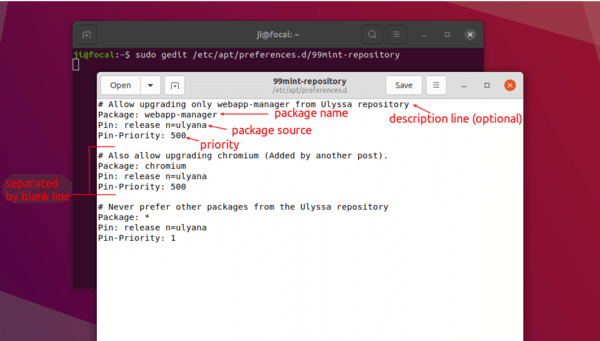 As you can see, each entry has 3 lines (exclude the description line started with # at the beginning), and separated with a blank line.

The three lines started with Package: at the beginning specified the packages: “webapp-manager”, “chromium”, and “*” (everything).

You can also use release or origin to specified package source. For example:

And you can find out the values for release and origin by running command: 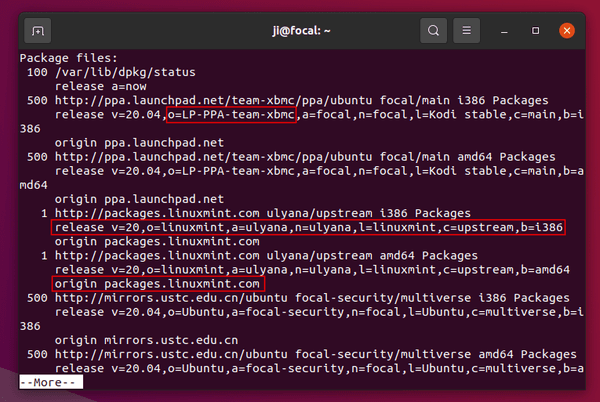 About the number of Pin-Priority:

The value of the third line can be set to: