Game Pass is Microsoft’s all-you-can-eat gaming subscription which allows you to play over 100 games for a flat fee each month. If you pay for Game Pass you can share it between two consoles, and even play the same game on both at the same time.

Let’s get one thing out of the way before you start: there’s nothing wrong with doing this and you won’t be banned by Microsoft for sharing your subscription between two consoles. Microsoft created the “game sharing” system which allows for subscriptions and games to be shared with other consoles.

This method only works across two consoles. They can be any two consoles within the Xbox family that can take advantage of Game Pass. That means if you have a new Xbox Series X and an older Xbox One S, you can share your subscription with both. Keep in mind that (going forward) some games will be exclusive to the Series X and S consoles, so you won’t be able to play these on older hardware.

You can use this system to share your Game Pass subscription with any other console. It doesn’t have to be your console, nor does it have to have access to your Xbox account once the setup has been completed. You will need to log in on the console you want to share with to set it up in the first place.

Be very careful if you’re sharing with someone you don’t entirely trust, where you can’t set up the share in person. You’ll need to sign in with your Xbox credentials to enable sharing, and for security purposes, you’ll probably want to delete your account afterward unless you trust the other party entirely. If both consoles are under the same roof, this should be less of a concern.

Once you’ve shared your subscription with another console, any user accounts on that (secondary) console will be able to access the Game Pass library using the relevant app. Others can download games as if the subscription was tied to their own accounts, and access Xbox Live Gold if you pay for that too.

How to Use Game Pass on Two Xbox Consoles

Any titles that you own as part of your game library will also be available to anyone on that secondary “Home” console.

With a secondary console set as your “Home” Xbox, you can use your primary console to play games as normal. You’ll simply need to log in (as you would normally, automatically if you prefer) to access your Game Pass subscription and games library.

This can seem a little complicated but it’s pretty simple. For this example, Person A owns Xbox A, and Person B owns Xbox B. Person A would like to share their Game Pass subscription with Xbox B, while still retaining the ability to play on Xbox A. 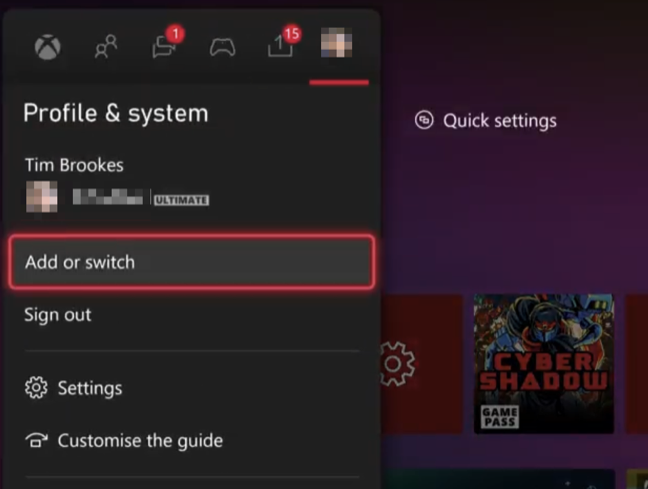 The first thing to do is to add Person A’s account to Xbox B. You can do this by pressing the Xbox button, moving to the “Profile and System” tab, and selecting “Add or Switch” followed by the “Add New” button. Sign in with your username and password to add it to Xbox B.

2. Set the Secondary Xbox as the “Home” Console

With Person A’s account active, it’s time to make Xbox B the “Home” console so that Person B can access the library. To do this head to Settings > General > Personalization and select the “My Home Xbox” button. 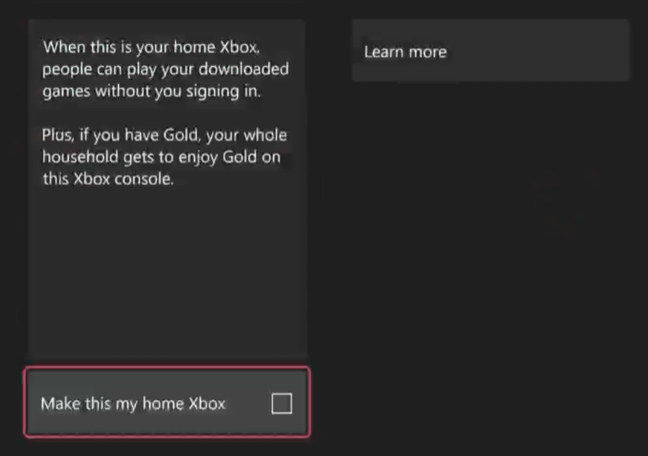 Check the button at the bottom of the screen that says “Make This My Home Xbox” and wait a moment. Once complete, all accounts on Xbox B should be able to take advantage of Person A’s subscriptions and access their game library too.

Person A might not be comfortable with Person B having unhindered access to their account, especially if the consoles aren’t in the same household or are in shared spaces. The good news is that you can remove Person A’s account from Xbox B and still retain access to the Game Pass subscription since the “Home” Xbox remains unchanged. 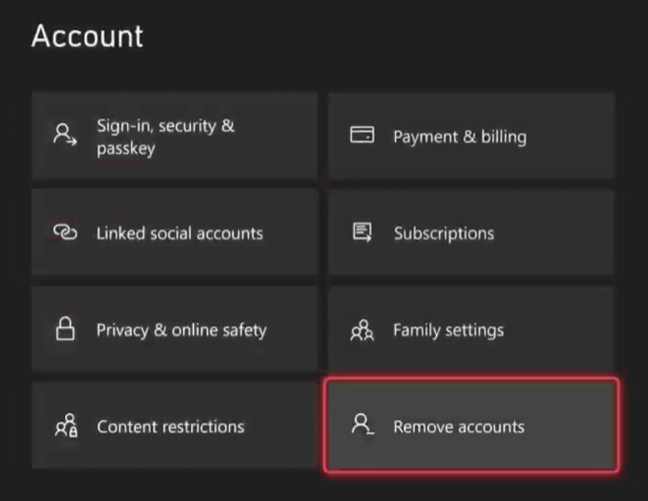 Things You Should Know About Sharing Game Pass

You can only change your “Home” Xbox five times per year, so be aware of this if you intend on buying new hardware or making changes to who gets access to your account. Once you’ve used these five changes, your “Home” Xbox will be set until the time expires.

For Person A to play Game Pass titles on Xbox A, they will need to be connected to the internet. The “Home” console (Xbox B) can play games offline in the event of a network outage since digital licenses are transferred to that console. Xbox A (no longer set as “Home”) will need an active network connection to play games.

Secondary accounts on Xbox A won’t be able to play Game Pass games unless Person A (who pays for the subscription) is also signed in. This is a simple case of signing in as normal, then adding and switching to a secondary account by pressing the Xbox button, tabbing to the “Profile and system tab” and using the “Add or Switch” button to sign in.

If Person A wants to revoke access on Xbox B, they can set their “Home” Xbox to Xbox A (or any other Xbox console) and Xbox B will lose access to Person A’s subscriptions and game library.

Play the Same Game on Two Consoles at Once

One of the best things about this method is that it allows you to play the same game on two consoles at once. This means you can play multiplayer titles like Sea of Thieves or Back 4 Blood at the same time, with a single account. There are many more multiplayer experiences on Game Pass that you can take advantage of with this method.

The only catch is that you cannot use the same account on both consoles. You can only be signed in on a single console at any one time. This prevents you from using a single Game Pass subscription on more than two consoles.

Make sure the person playing on Xbox B (the new “Home” console) is using their own account and everything should just work as advertised. If a second account on Xbox A wants to play a Game Pass title, make sure that Person A is signed in first.

Game Pass might just be the best deal in gaming. Not only is there a huge library of games to choose from, but all Microsoft exclusives also arrive on Game Pass on day one of release. The only thing missing from Game Pass is a family plan, which would make it possible to share a single subscription on more than two consoles at any one time.