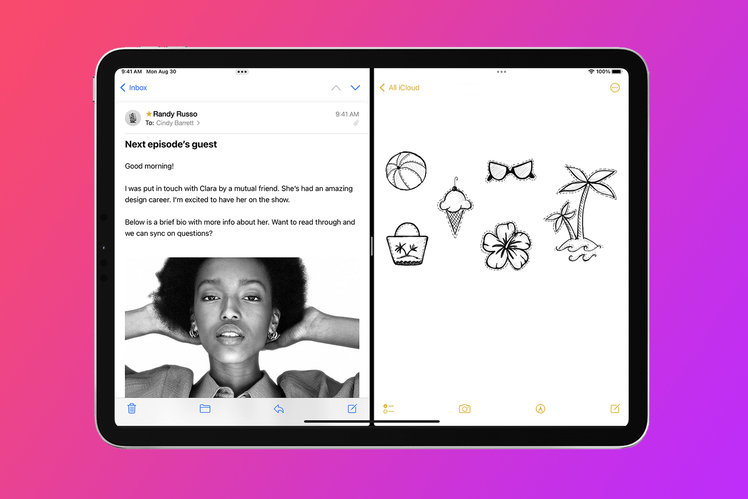 There was a time when it wasn’t possible to split the screen on your iPad and work on separate apps at the same time, but that all changed when multitasking was introduced in iPadOS 15.

Since September 2021, it’s been possible to run two apps side-by-side on iPad, as well as have one app in a floating window alongside another app. Both allow you to work across Notes and Mail for example, or browse Safari, whilst messaging a friend. It’s great for working efficiently, rather than constantly having to jump between apps.

Here’s how to split screen on iPad.

How to multitask on iPad

There are a couple of different ways to multitask on iPad, as we mentioned. We will take you through both the main ways of splitting your screen so you can choose which way is the right way for you and what you are planning to do.

In order to split screen on iPad and have both compatible apps working side-by-side next to each other, follow the instructions below:

By default, the two apps you select will appear in a 50:50 split, but you can change this if you want one app to take up slightly more room on the screen. When both apps are side-by-side, drag the grey line within the black bar in the middle of the two apps left or right to increase of decrease the space each app is using on the screen.

You can use the Slide Over option instead of the the Split View option. If you select this option, the original app you selected will float over the second app you select and you can drag it around the display.

To use Slide Over, folow the instructions below:

How to return to one-app view on iPad

Once you have finished multi-tasking and you want to return to using just one app on your iPad rather than two, this is nice and simple.

How to change an app in Split View

If you want to change one of the apps you have been using in Split View for a different app, you’ll need to drag away the app you don’t want open anymore from the top. You’ll then be able to choose a different app to use in the Split View from your Home Screen.