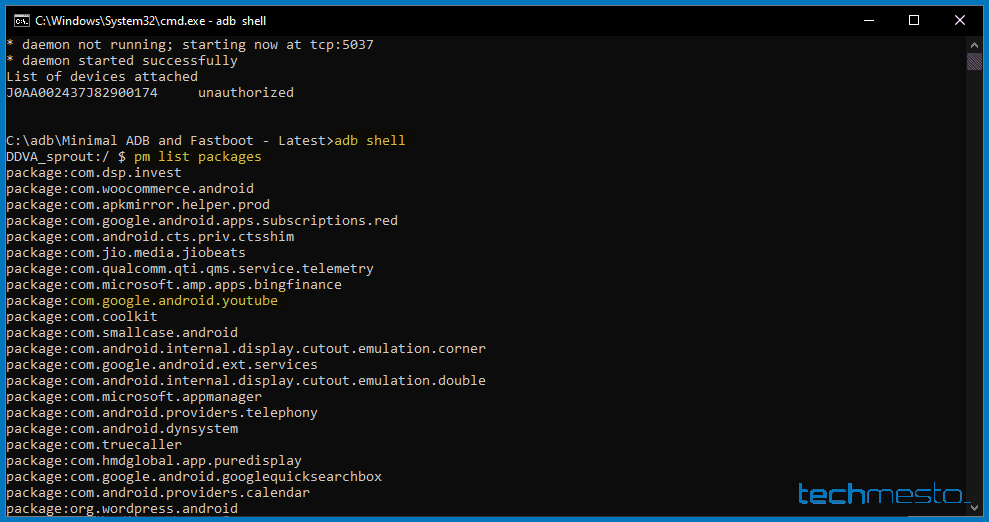 Android phones from most brands come with at least some amount of bloatware or unwanted apps. These could be in the form of common apps like Google Play Movies, Netflix & Facebook, or some truly useless junk. Some brands allow users to uninstall the bundled apps while others make them system apps that cannot be removed. The final question is if we can uninstall the bundled system apps even if the brand has not given such an option.

The answer is yes, we can uninstall the apps from the current user using ADB commands. The apps will stop running in the background and they will also disappear from the launcher. However, the app’s package included in the system partition will continue to exist. That means the app package will continue to consume the storage equivalent to the size of its .apk package and you cannot free up that space.

Some brands give the option to “Disable” the system apps instead of a hard uninstall. Unfortunately, the disabled may continue to run some of their services. So, the adb method to uninstall system apps is a more reliable option. Here’s how to do it.

Use ADB to uninstall system apps on Android phones

The commands included in the following steps should be universal. So, the method will work on any Android device irrespective of the manufacturer. You can follow the steps for Samsung Galaxy, Nokia, OnePlus, Huawei, LG, OPPO, and others.

Note: Do not uninstall apps which you do not know of. There are several essential system apps that are necessary for the device to work. Please do not attempt to uninstall any application without verifying their purpose. Some critical apps may also deny to uninstall even when using this method.

The following steps will help you in uninstalling a system or non-system app from the current user.

You can re-install any of the removed application(s) easily as long as you remember the package name(s) of that application. Simply run the following command(s).

For example, to install the YouTube app, you just need to run:

So, that’s all you need to do to uninstall or re-install a system app. In case the app is a not a system app, then the package will be fully removed. In such a case you cannot use the install-existing command to install it since the package will no longer exist on the disk.