At Apple’s WWDC 2022 event, it followed its usual tradition of announcing its next major software updates, including iOS 16, iPadOS 16, macOS Ventura, and watchOS 9. Among new features in Messages is the ability to unsend and edit iMessages, specifically on iOS, iPadOS, and macOS.

Where it won’t work

First of all, there are some limitations. Obviously, you won’t be able to unsend SMS messages, which are the ones that show up in green bubbles. Another key limitation is that as of right now in the initial iOS 16 and macOS Ventura betas, you can unsend or edit an iMessage for a period of time, but if the recipient is running an older version of iOS or macOS, they’ll still see the original message.

The Messages app is going to warn you of this. It will tell you that the message has been unsent or edited, and that the recipient may still see it because they’re running an older version of iOS (yes, it still calls out iOS specifically even if you’re using macOS). The same goes for group texts, as the app will specifically mention the people in the group that are running the older version. 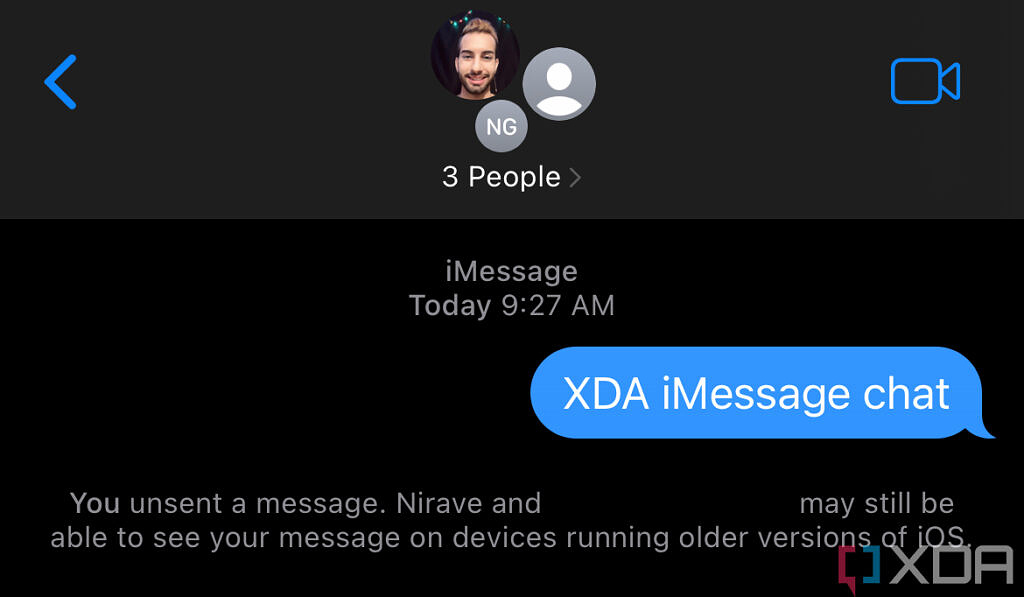 All of this is subject to change, of course, being that this is the first beta.

Finally, to be clear, you cannot unsend or edit an iMessage on watchOS 9. If you send a message from watchOS and you want to change it, you’ll have to take your iPhone out of your pocket like you’re living in 2012 instead of 2022.

How to unsend or edit an iMessage

The method of unsending or editing a message is pretty straightforward.

That’s it. The message will either be unsent or changed based on what you just did, assuming that the recipient is on iOS 16 and/or macOS Ventura.

Please note that this was written based on behavior in the first developer betas for iOS 16, iPadOS 16, macOS Ventura, and watchOS 9. It’s all subject to change, and we will be updating this article accordingly.

The post How to unsend or edit an iMessage on iOS, iPadOS, or macOS appeared first on XDA.