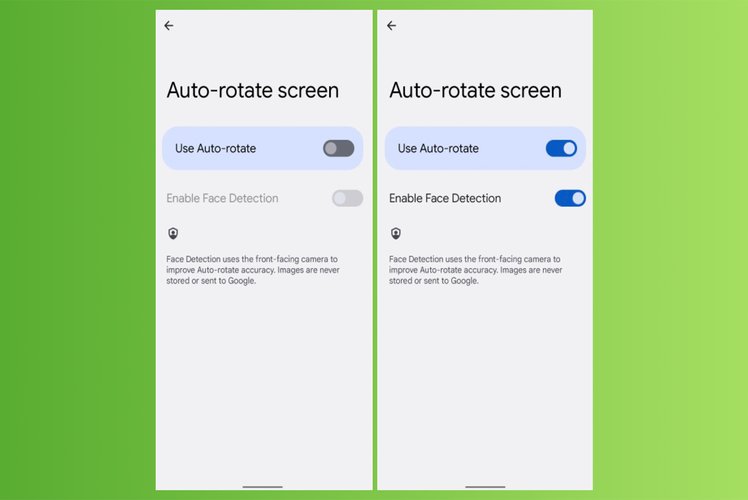 Google’s next major update to Android, called Android 12, is due imminently and will bring several new features and improvements, including a new auto-rotate system that relies on face detection to work. While not a mind-blowing feature, it’s still pretty awesome to use. Here’s how.

With Android 12, Google has come up with a unique way to control when your screen automatically switches between vertical or horizontal orientation. Basically, instead of leveraging your phone’s accelerometer to determine how you’re holding an Android device so it can rotate your screen, Android 12 will use your device’s front-facing camera. The software will be able to see how your face is positioned and can ensure the screen is perfectly lined up for you.

How many times have you lied down, while holding your phone to the side or at an angle, and then the screen switched to landscape when in actuality you wanted portrait mode? It’s annoying, and for most people, it causes them to shut off auto-rotate. But because Android 12’s new system uses face detection to spot your face and its position – ideally, it’s more accurate at figuring out how you’re using and holding your device before switching rotations.

The steps below work in the existing Android 12 beta on Pixel phones. It’s unclear if it will make it to the final build of Android 12 for consumers, let alone if it will play nicely with other devices and third-party apps from developers. Stay tuned to our in-depth guide on Android 12 for the latest information.

Learn how to get the Android 12 beta here.