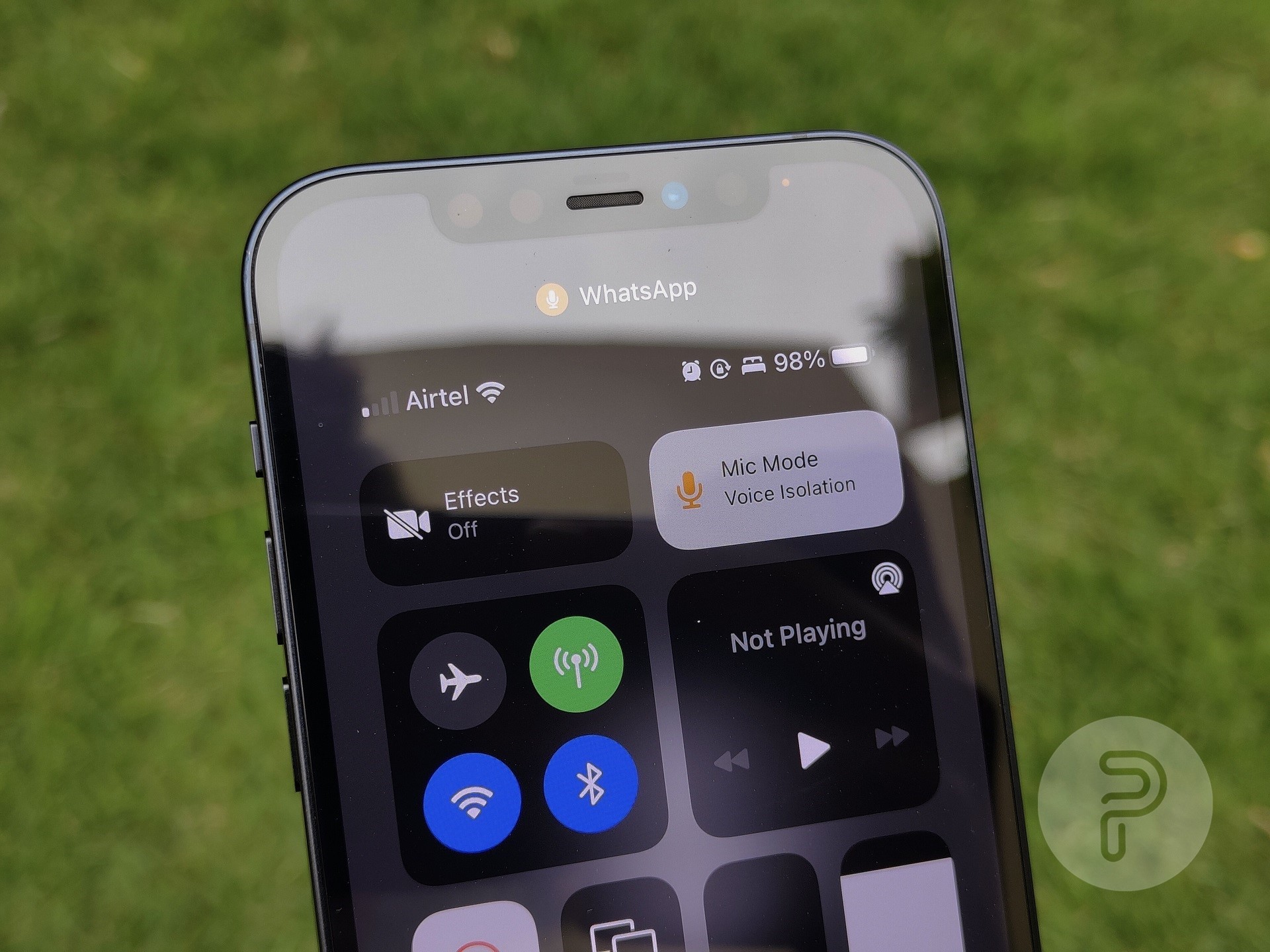 Last year’s set of software updates for Apple devices, which included iOS 15, iPadOS 15, and macOS Monterey, brought around a lot of interesting features to respective lines of consumer devices. One of these, which I’ve found myself using every day, is Mic Modes. I believe this feature can significantly improve the calling experience for you and the receiver if FaceTime or any other VOIP service is making the call. It’s simple to use with just a two-click system to activate it, and the impact I’ve noticed it make is commendable!

Thus this guide will go over the steps you need to follow to activate one of the available Mic Mode settings and begin using this feature.

How to use Mic Mode for VOIP calls and FaceTime?

Before going further, keep in mind that to use this feature, users will need to connect a pair of headphones/earbuds or use the loudspeaker on their device to answer the call. Using the earpiece (on iPhone) disables Mic Mode.

Note: You can activate Mic Modes on iPad and Mac by following the exact process stated below, where you’ll need to access Control Centre and select the desired mode.

We’ve elaborated on the effect of each of these settings in the next section.

Standard: This Mic Mode will ensure the microphone array on your Apple device functions in its default setting, meaning minor disturbances from the background will bleed into the call and be audible to the listener. Hence, the TV in the back or the screaming match your kids might be having will pass through just fine.

Voice Isolation: The Isolation mode for the microphone system on your device will iron out complete or in some cases part of any background noise. Apple advertised the removal of the sound made by a leaf blower. And in my usage experience, I noticed the sound of a flush in the bathroom, a running tap, and wind noise didn’t pass through at all, whereas passing vehicles — loud rickshaws of India — were hardly audible.

Wide Spectrum: On the other hand, Wide Spectrum will increase the reach of the microphone system by capturing more audio from your surroundings; this is the perfect feature to use if multiple people want to wish somebody on the other end of a phone call.

Which Apple Devices can use Mic Modes?

Although iOS 15 is available for download on devices that Apple launched back in 2015 (even earlier for Mac and iPad models), Mic Modes and several other neural processing-based software features will not be compatible with older products.

If you want to use Mic Modes, you will need an iPhone and iPad with the A12 Bionic SoC (or newer), whereas your Mac device will have to be from 2018 or later. You can find the list of compatible devices below.

How much of a difference does Mic Mode make?

iOS 15 brought several improvements to Apple’s connectivity-based features. The most noteworthy announcement was SharePlay, but perhaps Mic Mode could have received a little more emphasis. Most people I’ve spoken to didn’t know of this feature. The exceptions are the ones ingrained in tech like I am.

In my day-to-day usage, I feel Mic Modes make a significant difference, and if you’re someone who uses a pair of Truly Wireless Earbuds, it’s a feature that can be called a godsend.

I use a pair of Realme Buds Air 2 as a part of my daily carry. And if you aren’t already aware, the TWS earbuds on the pricier end of the spectrum have acceptable call quality, but the microphones on cheaper alternatives might struggle with factors like wind noise and sensitive microphones that pick up more outside noise than required.

Now, my Realme Buds Air 2 is not bad in terms of microphone performance. When indoors, I haven’t seen anybody nitpick, but head outdoors, and the wind noise captured will harm the experience on the receiver’s end. Though once you activate Voice Isolation Mic Mode, people on the other end of a call won’t be able to complain about not being able to hear you clearly — barring glitchy network connectivity.

This ability Mic Mode provides — i.e., improving how the microphones on my inexpensive earbuds sound to a third party — is a huge positive. It makes talking with friends or family when I’m out on a walk an annoyance-free experience.