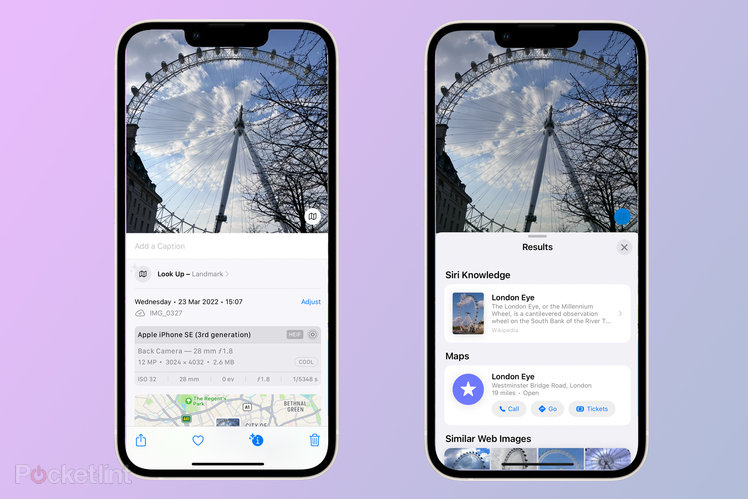 Apple’s iPhone and iPad have some great features built into their software. Some of those features are obvious and easy to find, others are a little more hidden.

Did you know you can copy and paste from your iPhone directly to your iPad for example? Or set up your iPhone so when you double tap or triple tap the back, it will perform a shortcut you decide? There’s also a way to close down all Safari tabs in one go, and a way to scan a document using just your iPhone.

We have a separate tips and tricks feature you can read for more, as well as camera tips and tricks for those with an iPhone 13 Pro, but here we are focusing on a clever trick called Visual Look Up that allows you to find out more information from a picture in the Photos app. 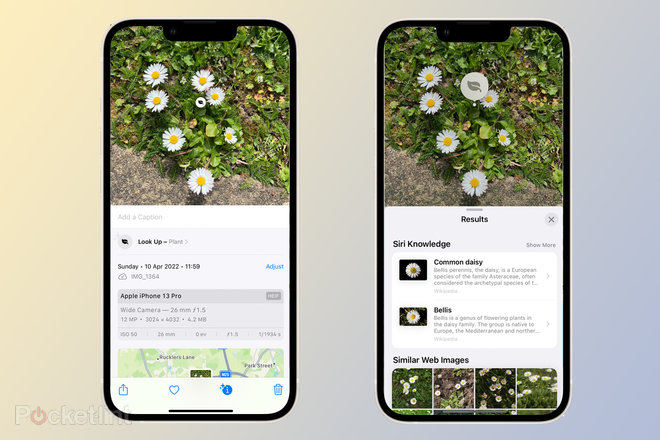 What is Visual Look Up?

Visual Look Up allows you to learn more information about popular landmarks, art, plants, flowers, pets, and other objects that appear in your photos.

For example, if you take a photo of a dog or cat but you don’t know what breed it is, Visual Look Up can tell you. The same goes for popular landmarks, like the London Eye, as well as flowers and plants and other objects.

It’s not flawless and it may not get things right 100 per cent of the time – our dog is a Mastador for example, but it brings up information on Vizslas and Labradors – but it’s very handy for plants and it’s useful for landmarks too. 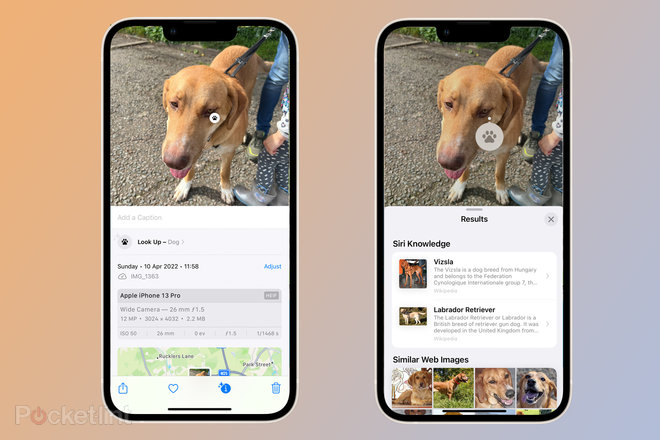 How do you use Visual Look Up to find a dog breed, plant or landmark?

Visual Look Up is a feature that launched with iOS 15.4 and iPadOS 15.4 so you’ll need a compatible iPhone or iPad running that software. Follow these steps to use Visual Look Up:

When you follow these steps for a popular landmark, Apple Maps will appear under Siri Knowledge in the results and it won’t just give you directions to the landmark from where you are, but there’s the option to buy tickets too. Handy.

What do you need to use Visual Look Up?

Visual Look Up isn’t available in all regions and it doesn’t support all languages. You’ll also need an iPhone running iOS 15.4 or later or an iPad running iPadOS 15.4 or later and your iPad or iPhone needs to be running the A12 Bionic chip or newer for the feature to run.

Below is a list of the devices that support Visual Look Up:

Below you’ll find a list of the languages that support Visual Look Up.