After playing 50 matches across Amsterdam, Baku, Bucharest, Budapest, Copenhagen, Glasgow, London, Munich, Rome, Saint Petersburg and Seville, the winner of this year’s UEFA European Football Championship will be decided at today’s Italy vs England game and we have all the details on how you can watch the Euro 2020 Final on TV or online. 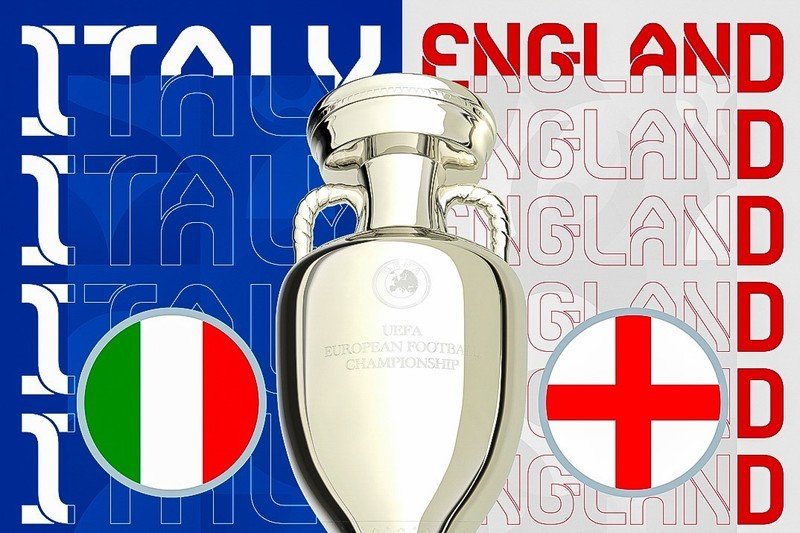 Today’s match will be held at Wembley Stadium in London and there will be more than 60,000 football fans in attendance to cheer on their country’s team. However, this also means that England will have the home field advantage which could make securing a win more difficult for Italy.

On Tuesday, Italy secured its place in the Euro 2020 Final after defeating Spain in a penalty shootout at the semi-finals. Both teams were tied 1-1 but Italy managed to score four penalty shots while Spain only scored two at Wembley. Meanwhile, on Wednesday England defeated Denmark 2-1 in its semi-final match to secure its place in today’s match.

Regardless of which team wins today’s final, both Italy and England will be receiving medals to distribute among their players and staff. While the winning team will receive 40 gold medals, the runners-up will receive 40 silver medals. Additionally, football fans in England could be celebrating in the streets on Monday as Boris Johnson has yet to rule out the idea of making the day an emergency bank holiday if the country’s team ends up winning the Euro 2020 Final.

Whether you’re rooting for Italy, England or just want to see the conclusion to the month-long tournament, we’ll show you how to watch Italy vs England at the Euro 2020 Final from anywhere in the world.

Italy vs England – When and where?

Italy and England will face off at Wembley Stadium in London on Sunday, July 11 to decide which team will win this year’s UEFA European Football Championship. The Euro 2020 Final will kick off at 3pm ET / 12pm PT in the U.S. where fans can watch it on ESPN and at 8pm BST in the UK where it will be available to stream for free on BBC iPlayer.

How to watch Italy vs England in the U.S.

U.S. viewers will be able to watch Italy vs England on ESPN beginning at 3pm ET / 12pm PT on Sunday. You can also stream the Euro 2020 Final on ESPN’s website but you will need to login with the credentials from your cable provider to do so. Alternatively, the network’s streaming service ESPN+ will also show the match.

Not interested in signing up for cable or ESPN+ to watch the Euro 2020 Final? Don’t worry as there are now a number of streaming services, all at different price points, that will give you access to ESPN so you can watch Italy vs England online. We’ve listed a few of our favorites below to make things easier for you.

Since FuboTV carries both ESPN and ABC, you can use it to tune in and watch the action live from anywhere, whether it be your phone, tablet, computer, or TV.

Stream the BBC’s coverage of Euro 2020 Final for free online with BBC iPlayer.

How to watch Italy vs England in Canada

Canadian viewers will be able to watch Italy vs England on TSN beginning at 3pm ET / 12pm PT. If you’re not a TSN subscriber yet, you can get access to the network’s content for as little as $4.99 for a TSN Direct Day Pass or $19.99 for a monthly streaming subscription if you want to watch the Euro 2020 Final.

If you want to watch the Euro 2020 Final in Australia, then you’ll need to sign up for Optus Sport. A subscription to the streaming service costs $14.99 per month though you can save quite a bit by signing up for either a three-month plan for $29.99 or a 12-month plan for $99. Optus Sport will allow you to stream Italy vs England which kicks off at 5am AEST / 3am AWST early Monday morning on mobile, PC and a variety of streaming devices including Google Chromecast, Apple TV and more.

$15 per month at Optus Sport

Optus Sport is your go-to for Euro 2020 coverage in Australia. You can subscribe monthly for $15 or pay for a year upfront at $139 to save a little cash.

How to watch Italy vs England from anywhere

We have all the details on how you can watch Italy vs England in the U.S., Canada, the UK and Australia further up in this guide. However, if you want to watch the Euro 2020 Final live when you’re away from home, then you’ll run into problems as your domestic coverage online from abroad will likely be geo-blocked.

That’s where a VPN (Virtual Private Network) can really come in handy. They allow you to virtually change the IP address of your laptop, tablet or mobile to one that’s back in your home country which will let you watch as if you were back there.

VPNs are incredibly easy to use and have the added benefit of providing you with an additional layer of security when surfing the web. There are also a lot of options but we recommend ExpressVPN as our top pick due to its speed, security and ease of use. The service can even be used on a wide array of operating systems and devices (e.g. iOS, Android, Smart TVs, Fire TV Stick, Roku, game consoles, etc). Sign up for ExpressVPN now and enjoy a 49% discount and 3 months FREE with an annual subscription. You can even test it out for yourself thanks to the service’s 30-day money back guarantee. Looking for more options?

Here are some other VPNs that are on sale right now.

No matter where in the world you may be, a VPN is one of the easiest ways to watch Euro 2020 games. Get in on this deal now!