There’s a new product under HP’s Elite Dragonfly series of premium business devices. Joining the Elite Dragonfly G3, Elite Dragonfly Chromebook, and taking inspiration from the original Elite Folio is now the HP Elite Dragonfly Folio G3. This latest device takes a lot of lessons learned from Folio products from the past and looks to make some noise as one of the best and fanciest new Windows 2-in-1s of 2022.

Except, this isn’t a traditional Windows 2-in-1 at all. Just like the first HP Elite Folio, or the Surface Laptop Studio, there’s no 360-degree hinge on this device. Instead, you can pull down on the OLED screen and pull it towards you to rest it on the keyboard deck. You even can fully collapse the screen down to your keyboard and use this device as a tablet. This is while enjoying things like a premium faux leather finish, improved webcams, and a new pen storage mechanism. If all that’s caught your eye, then we have your back. Here’s a look at everything you need to know about the HP Elite Dragonfly Folio G3. 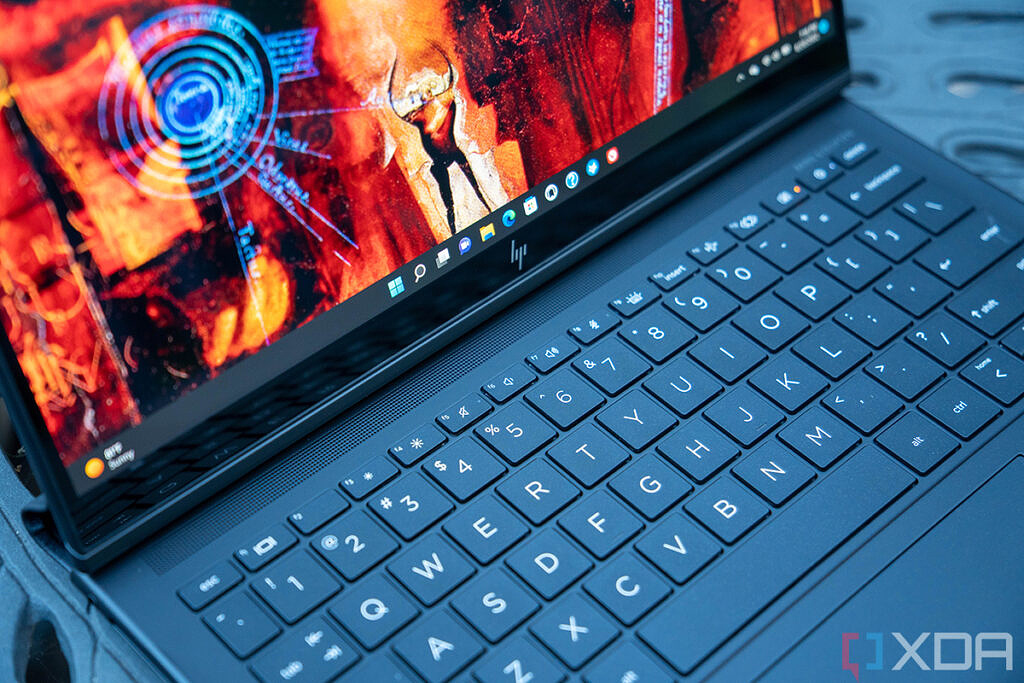 This is not surprising though, as the global pandemic has impacted the supply chain as well as shipping. It’s likely that shortages in chips, as well as display parts, could have impacted the shipping timelines even though HP intended to have the product available at the announcement. We’ll do our best to keep this guide updated if the product page changes.

HP mentioned that the starting price on the HP Elite Dragonfly Folio G3 will be $2,379. It didn’t specify which model this will include, and we don’t have a product page just yet to confirm. Presumably, this will be an Intel Core i5 model, with 8GB RAM, as well as the base 256GB storage, but we’re just treating that as a guess. As our table above shows, you can bump the specs up a bit to increase the price if you need to. You can push to as much as 32GB RAM, as well as 2TB of storage, or opt for an Intel Core i7 processor.

The main design of the HP Elite Dragonfly Folio G3 has not changed much between generations. As we mentioned at the top of this guide, you’ll still find a faux leather finish on the device, and you’ll still be able to pull down the screen towards you and rest it on the keyboard deck or push it down again to make the Folio a tablet. HP calls these modes clamshell, media mode, or tablet mode.

Even so, there are a lot of smaller changes in the HP Elite Dragonfly Folio. These changes cover the CPU, webcam, and more, here’s what you need to know.

The last HP Elite Folio came with an Arm-based Qualcomm processor under the hood. That meant people had performance problems and other issues with the device, mainly because of the app compatibility problems faced by Windows on Arm. Common apps like Google Chrome, video editing apps, or even games did not work right on the original Folio or sometimes refused to run.

This new HP Elite Dragonfly Folio G3, though, comes with options for 12th Generation Intel Core i5 or Intel Core i7 processors. As we’ve mentioned in most of our laptop reviews so far in 2022, these CPUs are a big deal. They come with a hybrid architecture, with both performance cores, as well as efficiency cores. These chips also come from Intel’s U-series lineup, which are designed for thin and light devices like this one. Basically, you’re getting more performance for your money. 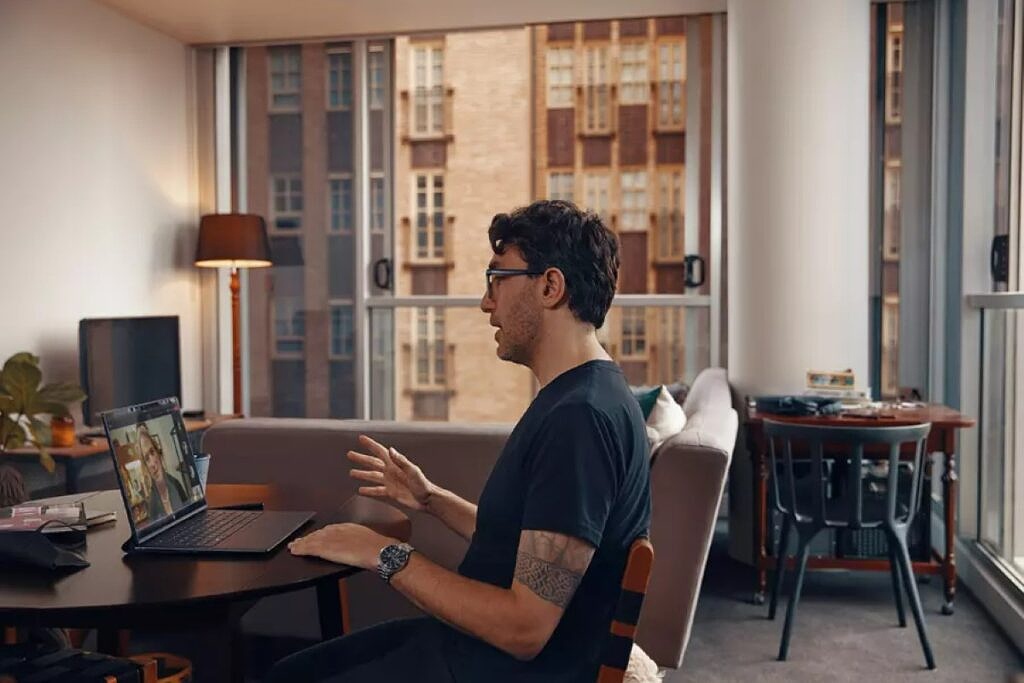 You won’t run into compatibility issues with these CPUs, either, as most Windows laptops have the same architecture under the hood. Just note, though, that because this is an Intel chip so you will not get the best battery life when compared to the Folio with an ARM-based Qualcomm processor. It should still be decent, though, rated at 13 hours 30 minutes on the model with an IPS panel and 7 hours for the model with an OLED panel.

The second big change between HP Folio generations is a new HP Dragonfly Folio Pen. This pen is different from the original in design, as well as the way it houses on the HP Elite Dragonfly Folio G3 itself.

The new HP Elite Dragonfly Folio Pen is more rounded and isn’t flat like on the previous HP Folio. This should make it more comfortable to hold and use. It features three programmable buttons. 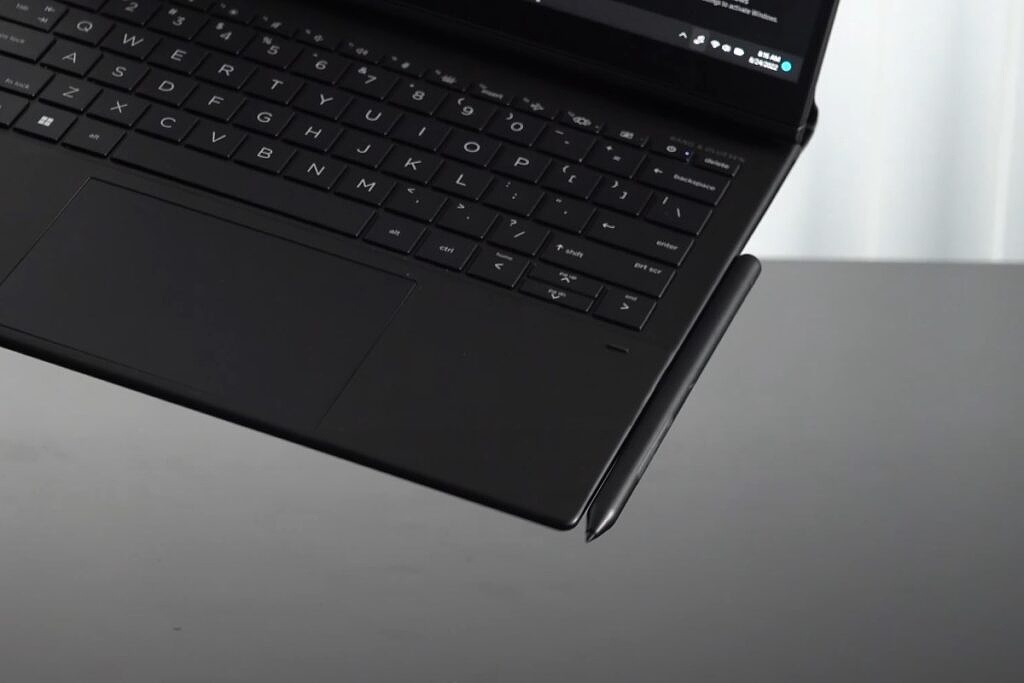 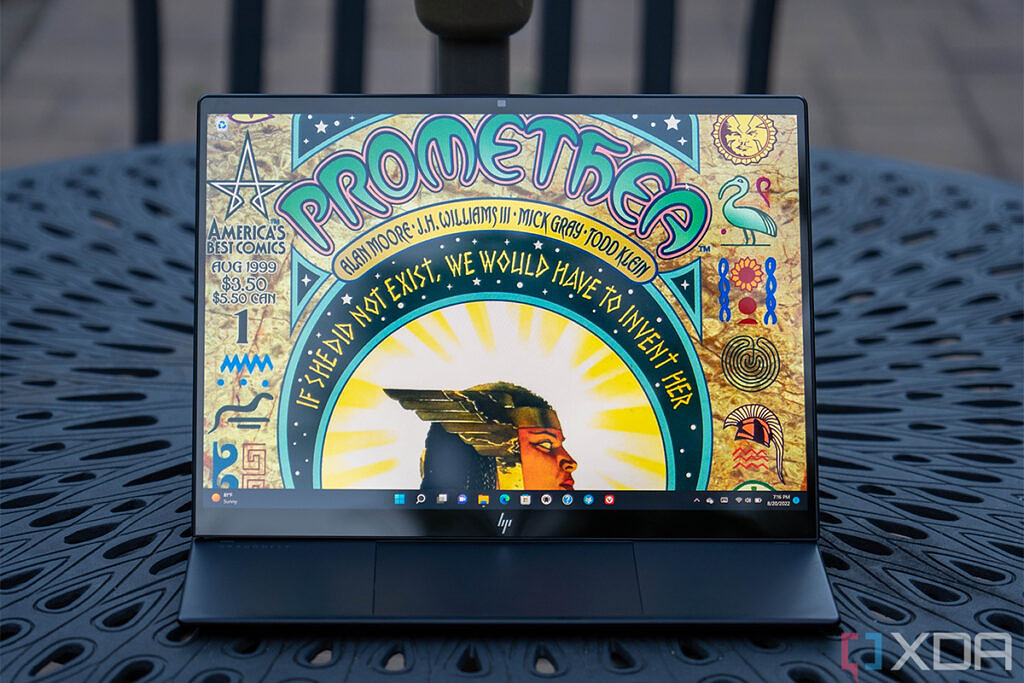 The switch to an OLED panel makes the HP Elite Dragonfly Folio G3 a lot more vibrant. Of course, it’s still an upgrade and won’t be standard, but it helps creative types enjoy more accurate-looking colors. It also means that media consumption should be great, as things like movies will look more vibrant on the screen.

We’re all spending more time in front of our webcam these days, and that’s what the HP Elite Dragonfly Folio G3 will be best for. 1080p FHD webcams are the norm on most new laptops in 2022, but HP is pushing things further. You’ll find that the HP Elite Dragonfly Folio G3 has an 8-megapixel wide-angle webcam. This webcam has a 100-degree field of view, which will help you fit more of your body on your web calls and less of your own face. It’s also Windows Hello, so you can log into your device securely. This is a huge step up from the 720p webcam on the original Folio in terms of image quality, too. You’ll no longer look pixelated on your calls. 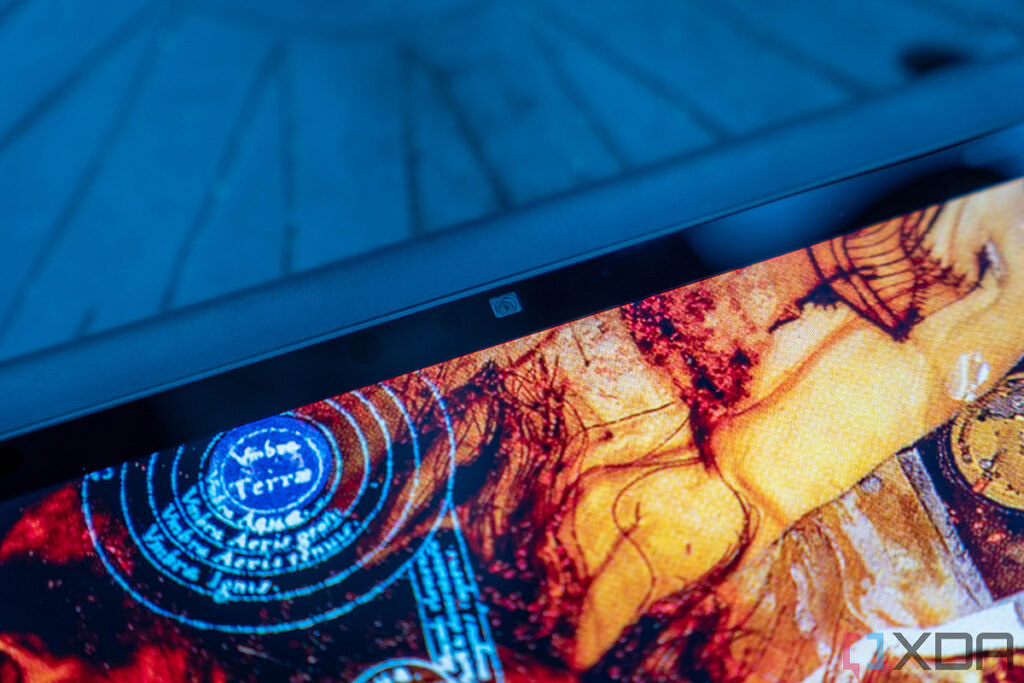 This is all backed by cool software features like HP Auto Frame which focused on you as you move around, and noise cancellation, which can mute out background noise using the in-built microphones. Note that HP also includes a physical kill camera button on the keyboard, too, which turns off your webcam when not needed.

Where to buy the HP Elite Dragonfly Folio G3

Initially, you can buy the HP Elite Dragonfly Folio G3 through HP’s website. A product page is not yet available at the time of writing. If you want to buy one, check it out via the link below and choose the Notify me option under the HP Dragonfly Folio G3. Again, pricing starts at $2,379. Otherwise, you can also check out the best laptops you can buy today if you want to see some other options 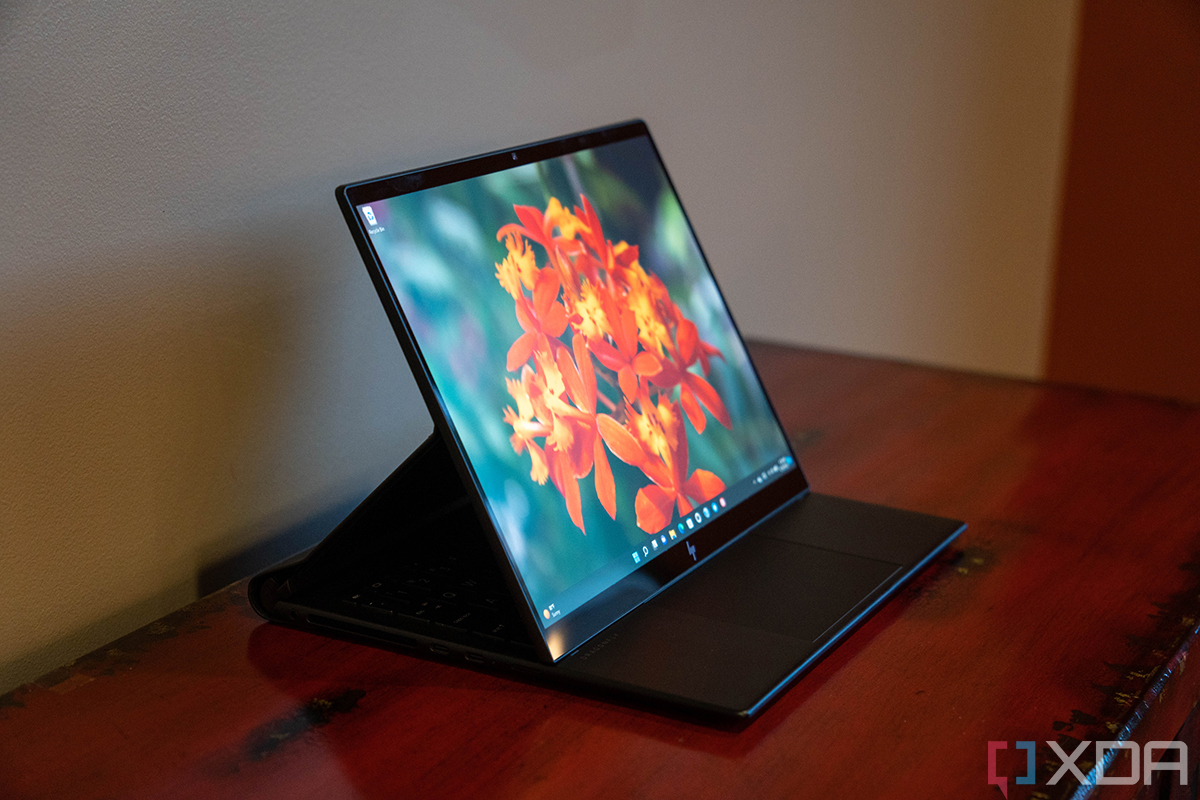 The HP Dragonfly Folio G3 is one of the most exciting Windows 2-in-1s of 2022, with a faux leather finish, 8MP wide-angle webcam, improved pen, and gorgeous OLED display

The post HP Elite Dragonfly Folio G3: Release date, price, and everything you need to know appeared first on XDA.