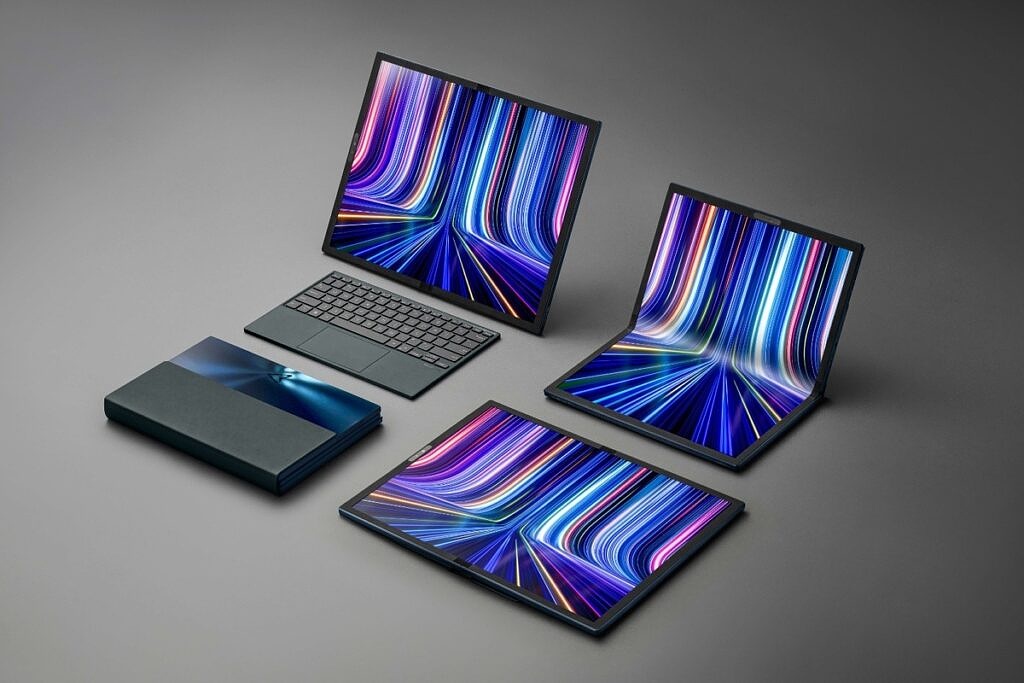 HP is preparing to launch its first foldable laptop later this year or early next year, according to a new report. The company will be using 17-inch 4K OLED panels manufactured by LG Display, with a transparent polyimide film provided by SK IE Technology.

HP isn’t the first to jump on this bandwagon, seeing as ASUS recently announced the ZenBook 17 Fold OLED, which is pretty much the same concept. It also has a 17-inch display that can be folded resulting in two 12.5-inch halves.

However, there are some noteworthy differences between this purported HP device and ASUS’ version. According to the report by The Elec, the HP foldable laptop will feature a 4K display with 3840 x 2160 resolution, resulting in a 16:9 aspect ratio. When folded, the resulting display halves will be about 11 inches diagonally, and they’ll have 2160 x 1920 resolution, resulting in a more square-ish aspect ratio of roughly 4:3.59. For reference, the ASUS laptop has a 4:3 aspect ratio when unfolded, and a 3:2 aspect ratio for the folded display. It also isn’t as sharp, with a full-screen resolution of 2560 x 1920.

Foldable phones have gained a bit more traction in the past couple of years, thanks in no small part to Samsung’s Galaxy Z series, but foldable laptops are nearly unheard of. There was a Lenovo ThinkPad X1 Fold released a couple of years ago, but it was weighed down by disappointing performance and an exorbitant price.

It may be a while still before foldable laptops truly catch on. According to the report, LG Display will be supplying HP with roughly 10,000 units of its foldable OLED displays starting in the third quarter of this year. That could HP doesn’t intend to sell a whole lot of these laptops, but that tends to be the case with a lot of early attempts at a new form factor. Depending on how popular the device turns out to be, we might see more devices like this in the near future.