HPLIP 3.21.4 is a small release adds HP Envy 6400 series printers support, and adds new systems LinuxMint 20.1, Debian 10.8 support. Ubuntu 21.04 is not yet supported though it has been released for a few weeks.

HPLIP packages are hosted on sourceforge.net, go to link below and download the “hplip-3.21.4.run” package:

Then open Downloads folder in file manager, right-click on blank area and select “Open in Terminal”. 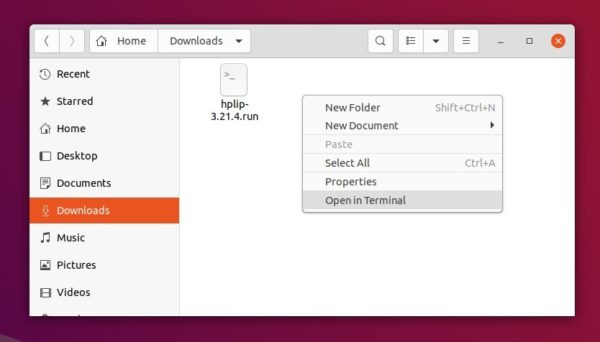 When terminal opens, firstly run command to add executable permission to the file:

Then run it to start installing the driver: 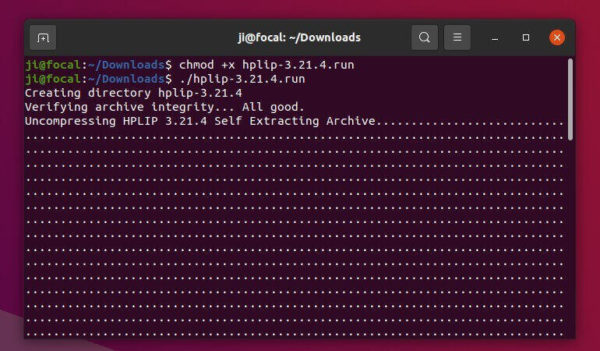 Answer some questions in terminal outputs and done.