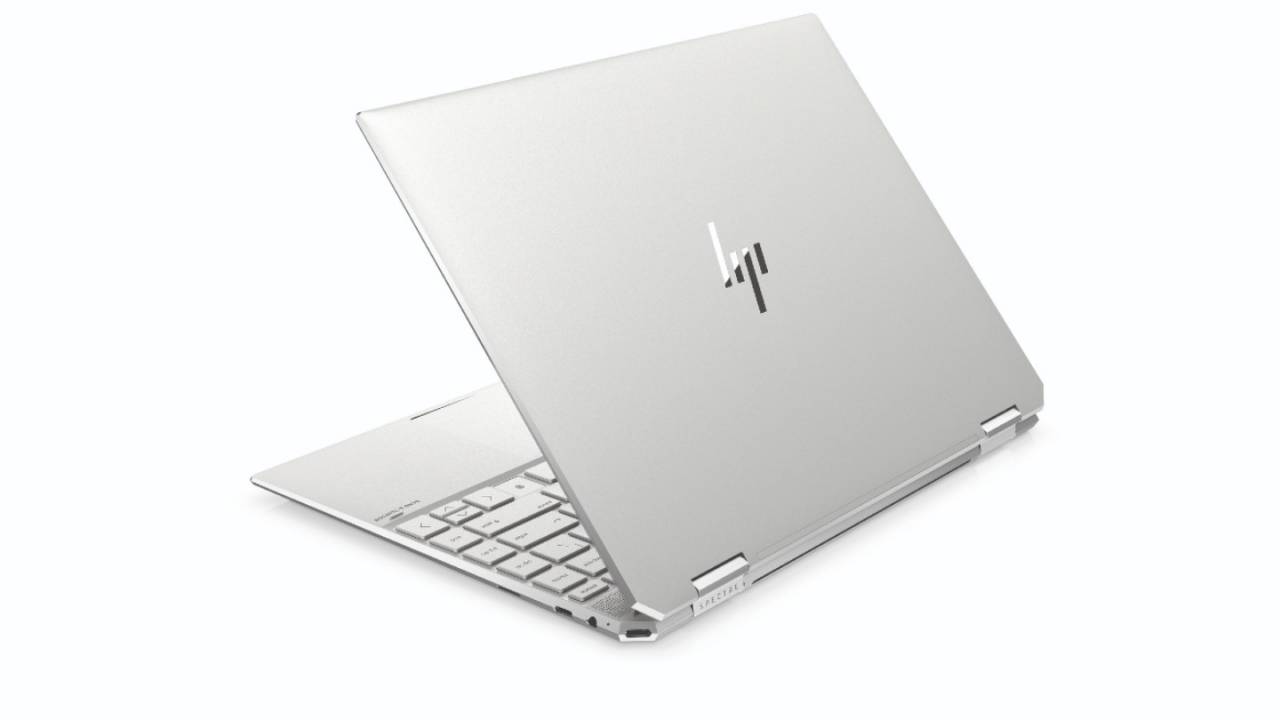 HP has introduced the latest in its Spectre x360 line of flexible laptops with the new HP Spectre x360 14. This 15-inch model packs the larger screen size into the form factor of a 13.3-inch laptop, according to HP, which says that it designed this model to be ‘adaptive and smart,’ the latter referring to intelligent features like AI-based audio. HP co-engineered the new Spectre x360 model with Intel.

The HP Spectre x360 14 is a premium laptop that combines a beautiful design with notable features, not the least of which is the inclusion of Intel’s 11th-generation Intel Core processor. The model is Intel Evo ‘tested, tuned, and verified,’ according to HP, which boasts that despite its power, the new model offers up to 17 hours of battery life on a charge.

Users get access to WiFi 6 and Bluetooth 5 with the benefits of the latest connectivity tech, plus there’s HP Quick Drop, the company’s own file-transfer feature. This is the first model in the Spectre family to feature an all-in-one keyboard that includes a fingerprint sensor, camera shutter button, HP Command Center button, and a microphone mute button.

The Spectre x360 14’s 15-inch display has a unique 3:2 aspect ratio, the first in the Spectre family with this feature. HP says this aspect ratio ultimately offers users around 20-percent greater vertical viewing space compared to the common 16:9 widescreen aspect ratio found on most modern laptops. This may be particularly appealing to visual arts professionals who will enjoy additional screen real estate while away from the office. 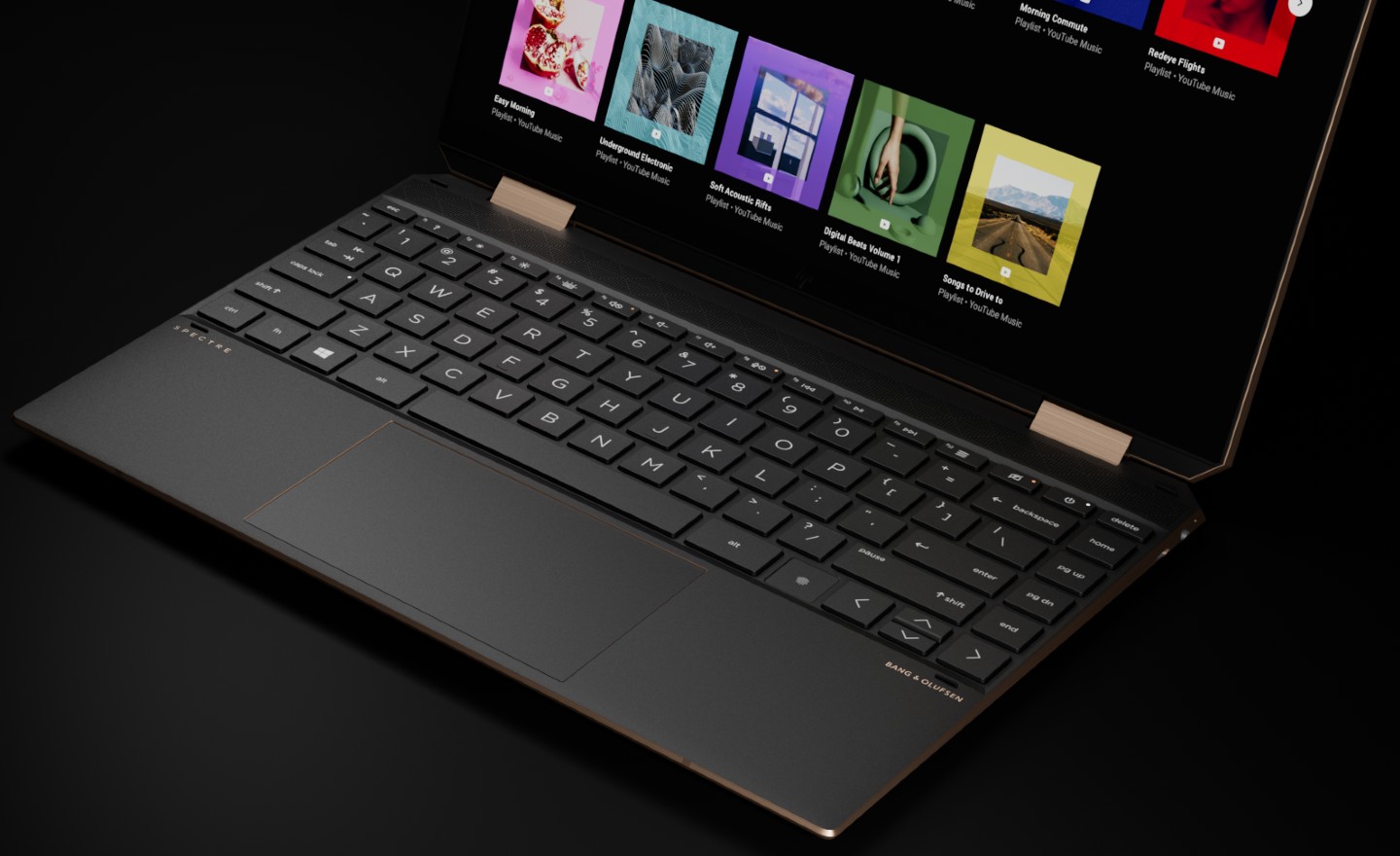 Consumers have an OLED display option that offers a 100-percent DCI-P3 color gamut and 1,000,000:1 contrast ratio. This particular display option also includes a color shift feature that reduces blue light exposure, helping to protect the eyes of those who are often on their laptops. Likewise, the display boasts a 90.33-percent screen-to-body ratio. 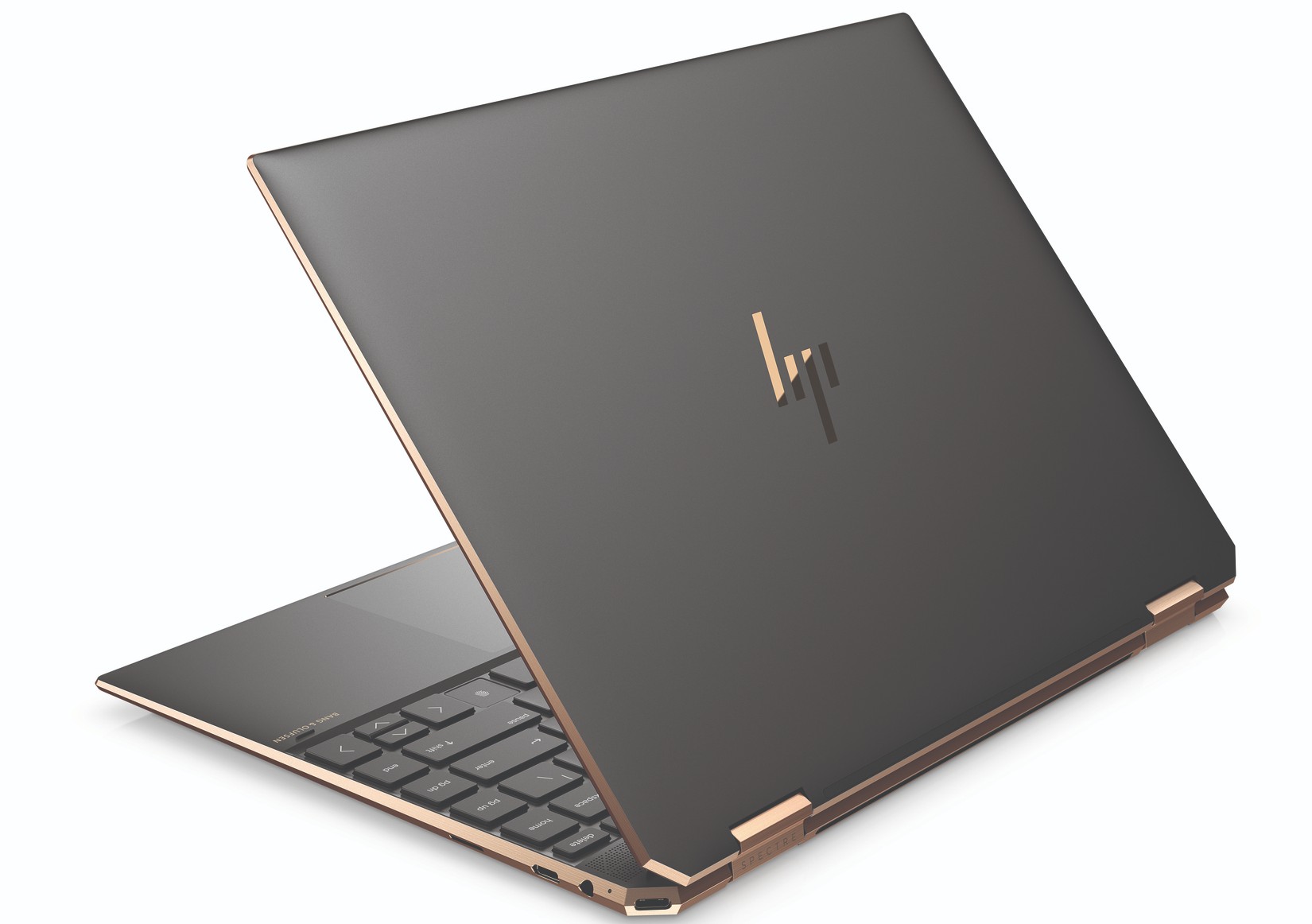 As far as style goes, the Spectre x360 14 features a dual chamfer gem-cut design made with CNC machined aluminum. HP will offer this model in Natural Silver, Nightfall Black with Copper Luxe, and Poseidon Blue with Pale Brass accents. Consumers in the US will be able to purchase the HP Spectre x360 14 later this month starting at $1,199.99 USD from HP’s online store; it’ll also arrive through Best Buy next month.