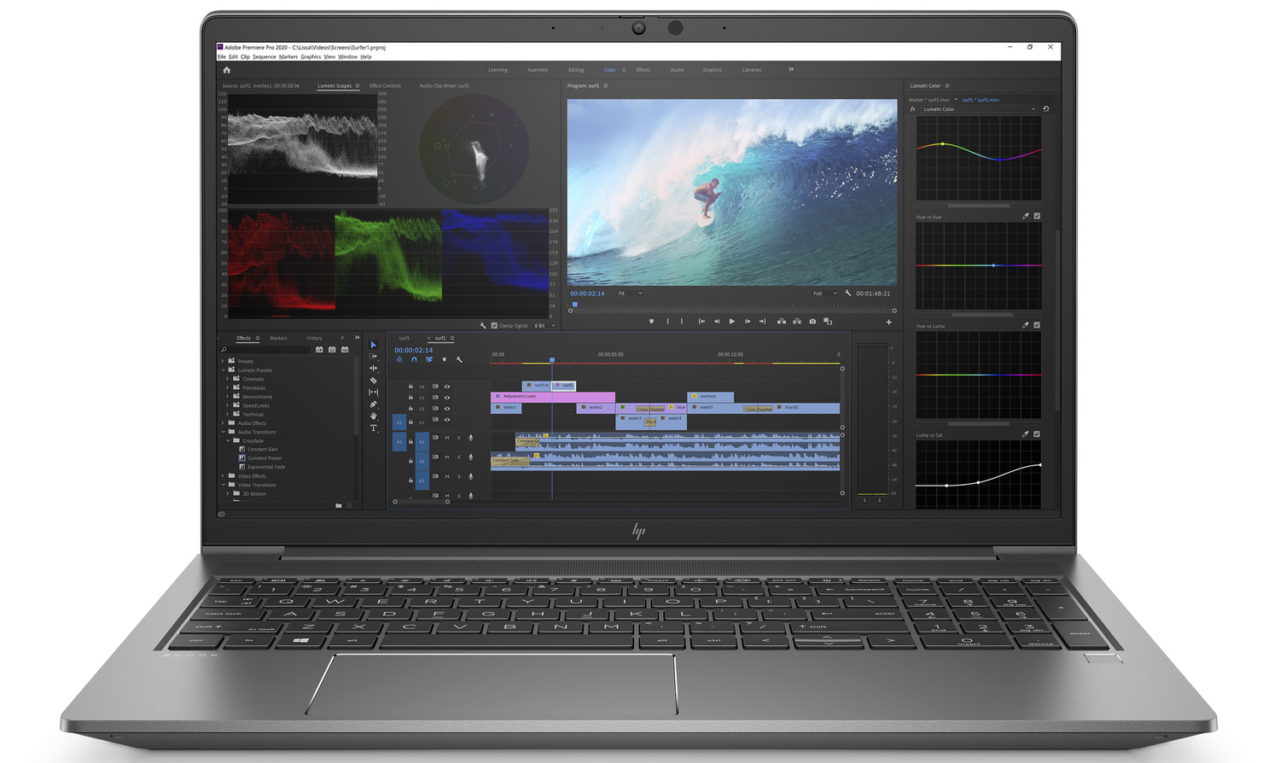 HP has today launched a slew of products under its productivity-centric ‘Z’ lineup of computing machines, giving them a new visual identity and of course, more firepower under the hood. The new lineup includes the ZBook Fury G7 (15-inch and 17-inch) and ZBook Power G7 laptops, alongside the Z2 Mini G5, Z2 Small Form Factor G5, and Z2 Tower G5 mini and desktop workstations.

Starting with the ZBook range, it has an MIL-STD certified build and sports a new logo as well which now adorns the entire updated ‘Z’ lineup. It offers a choice between Intel Xeon and Core i9 processors, up to NVIDIA Quadro T2000 and Quadro RTX graphics kicking alongside 64GB of RAM and dual 2TB M.2 SSD. The Pantone-validated panel is HDR 400-certified and covers 100% of the DCI-P3 color gamut, while the battery is claimed to last 2.5x longer than its predecessor.

In addition to the updated ZBook laptops, HP has also launched new a trio of new Z2 series desktop workstation. The Z2 Mini is said to be the world’s most powerful mini workstation that can run Adobe Creative Cloud suite. It can be mounted at the back of a monitor and comes equipped with Intel’s 10-core (Core i9 / Xeon) processors and NVIDIA Quadro RTX 3000 series graphics.

Coming to the Z2 SFF (small Form Factor) G5 workstation, HP says it is the world’s most powerful desktop workstation in that form factor. It packs Intel’s 125W 10-core (Core i9 / Xeon) processors and up to NVIDIA Quadro RTX 3000 graphics. And at 450W PSU, it is claimed to offer the world’s highest wattage power supply in a small form factor desktop workstation. Plus, it can be equipped with up to 21TB storage.

As for the Z2 Tower G5 workstation, it is touted to be the world’s most expandable entry workstation. It draws power from the 10-core Intel Xeon processor and NVIDIA Quadro RTX 6000 graphics, all packed in a frame that is packed inside a frame 15% smaller than its predecessor. HP plans to sell the Z2 Mini G5 starting today, while the Z2 Tower G5 and Z2 SFF G5 are expected to hit the shelves on September 28 onwards.