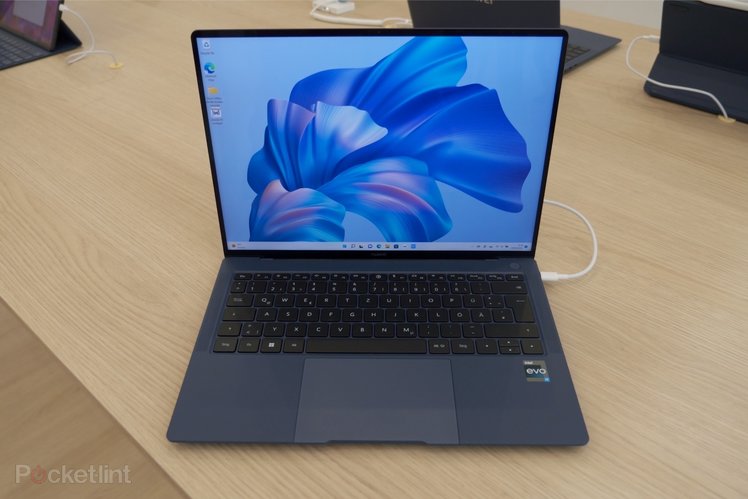 Huawei first introduced its latest MateBoook X Pro design back during MWC in Barcelona earlier in the year, and now, barely six months later the company is back with another revision of the same machine.

We say the same machine, because the look of the device is – in broad strokes – largely the same. However, with a new chassis material, finish, core processing power and cooling, the experience could end up being quite different.

The first thing that struck us about the updated version of 2022’s MateBook X Pro was the finish. Because despite having largely the same styling and shape, the new MateBook model looks and feels quite different to the original aluminium-clad model.

Huawei replaced that aluminium alloy with a magnesium alloy casing, reducing the weight. The company also finished it with a unique fusion finish in an inky blue colour which has a lovely matte appearance, but also feels unlike most laptop surfaces we’ve picked up this year. 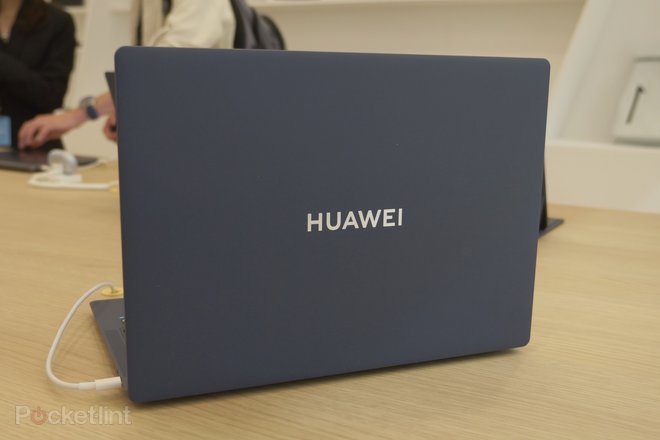 The finishing process used to create this look and feel gives the surface a soft-touch texture that you’d be hard pushed to tell was metal at all. In fact, it’s almost plastic-like in texture, except you can tell the laptop is still solid.

It’s a really interesting approach, and one that has its practical benefits too. It’s lighter than the original version, but also – supposedly – more durable too. Add that to the fact that it’s a generally very slim laptop, and it makes it something that’s easy to carry around everywhere, and one that’ll last.

Much of the rest of its design is the same as the earlier 2022 model. That includes the large touch pad below the keyboard which reaches all the way down to the bottom edge, and features support for a number of Huawei-designed gestures like knocking for screenshots and swiping on the left or right of the trackpad to adjust volume and screen brightness.

Like the design, the display features many of the same highlights as the earlier 2022 model. That means you get a 14.2-inch OLED panel with wide colour gamut support, smooth refresh rates, good brightness and skinny bezels. 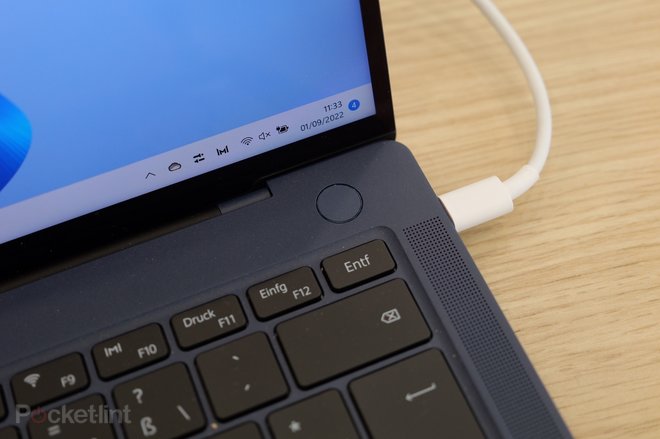 It’s sharp too, with a resolution that’s higher than QuadHD but not quite up to 4K standards at 3120 x 2080. That also means it’s a 3:2 ratio display, giving you lots of surface area space, making it ideal for getting work done and editing photos.

Its colour performance qualities also aid in that process of editing images and photos too. Huawei’s built this display with the ability to display 10-bit colour depth (that’s over 1 billion colours), while also tuning it to be accurate.

The panel covers 100 per cent of both sRGB and DCI-P3 colour gamuts, and you can switch between them depending on which you might need to be working with at any given time. What’s more, Huawei also says every laptop display is calibrated and checked before it leaves the factory to make sure it meets the standards required. 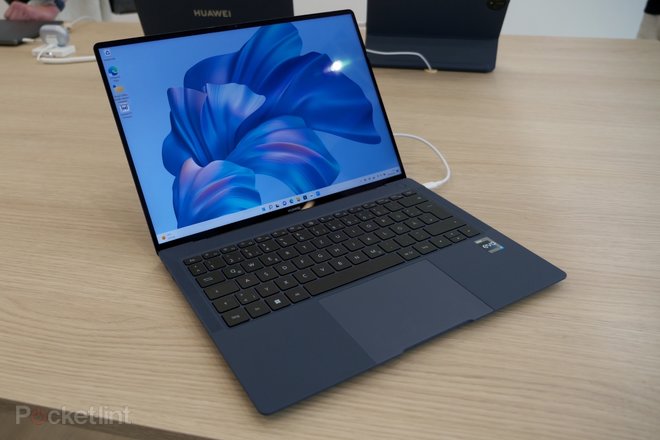 Add that to a display that’s capable of reaching up to 90hz refresh rates, and you have a panel that sounds like it could be one of the best laptop displays out there. Further testing is required to see if those claims hold up.

The other minor thing worth noting about the display: its surface measures 9H hardness, making it resistant to scratches and durable. Plus, it has a magnetically-controlled anti-reflective nano layer, to help reduce reflections in bright areas. All-in-all, it’s an impressive sounding display.

While Huawei doesn’t really market it this as a do-everything, all-powerful creative machine, there’s plenty of power here that it should be able to get any task done with the minimum of fuss. 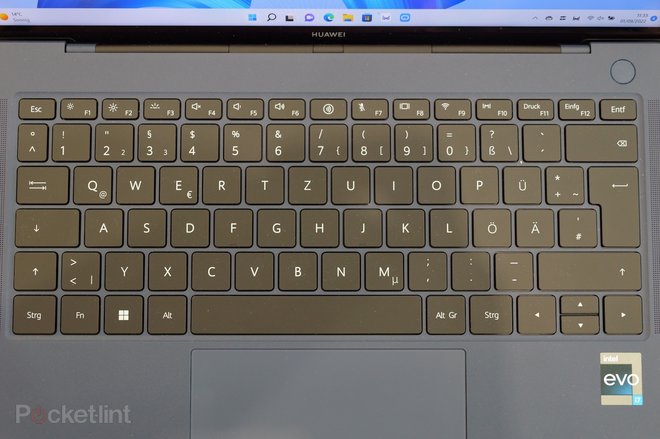 As mentioned at the beginning, the previous 11th generation Core i7 processor has been replaced with the newer 12th gen version. You also get a solid 16GB of LPDDR5 RAM and a 1TB SSD as standard. That goes some way at least to explaining the high price.

And – while it still retains that sleek and slim build – Huawei has been able to add more efficient cooling into the body of the new MateBook X Pro.

Combine all of that with four USB-C ports – with two of those being Thunderbolt 4 capable – and you have the ability to plug in pretty much anything you need. Although, if you still use legacy peripherals that require USB-C connections, you’ll obviously still need a dongle for those, as well as for reading memory cards.

You’ve got everything you need wirelessly too, with support for Wi-Fi 6 and (in some regions) Wi-Fi 6E, for faster connections with minimum latency.