We’ve already known that the Nova 10 series is in the works. In fact, a previous leak already provided a rough estimate for a July launch and some renders and specs. Nothing compared to today’s fresh and pretty massive leak, though, which details at least two distinct models – the Nova 10 and the Nova 10 Pro.

Let’s start with the live image first. It showcases what seems to be the Nova 10 Pro on the far right in silver – a slightly taller phone with a distinctly protruding camera island, just like in earlier photos and renders. Next to it in the photo is the regular Huawei Nova 10 in a trio of eye-catching colors and rocking a similar, slightly more compact design. 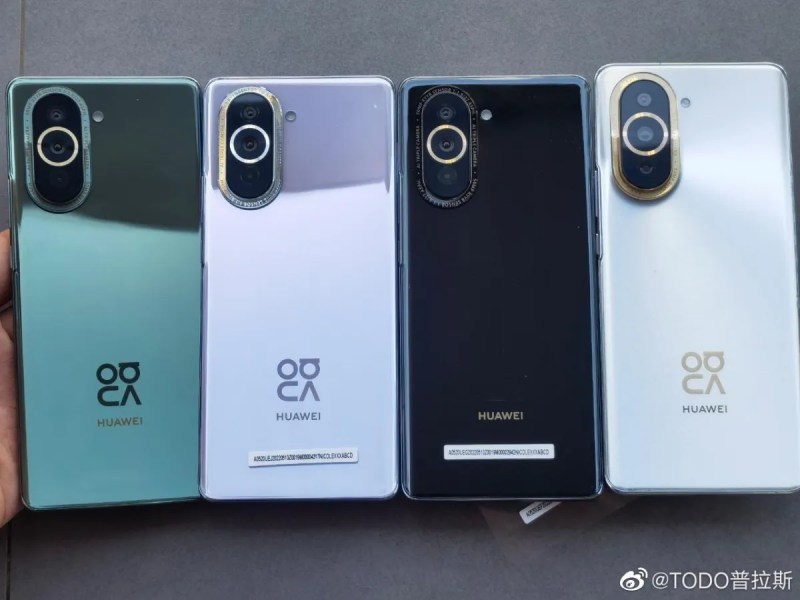 The rear camera setup looks almost identical, though not entirely – a 50MP, f/1.9 primary shooter with an 8MP, f/2.2 ultrawide and an f/2.4 depth sensor. The regular Nova 10 is missing the portrait selfie cam of its sibling and just has the 60MP, f/2.4 ultrawide.

As we said, we expect the Huawei Nova 10 family to be unveiled sometime next month. There is still no word on pricing.