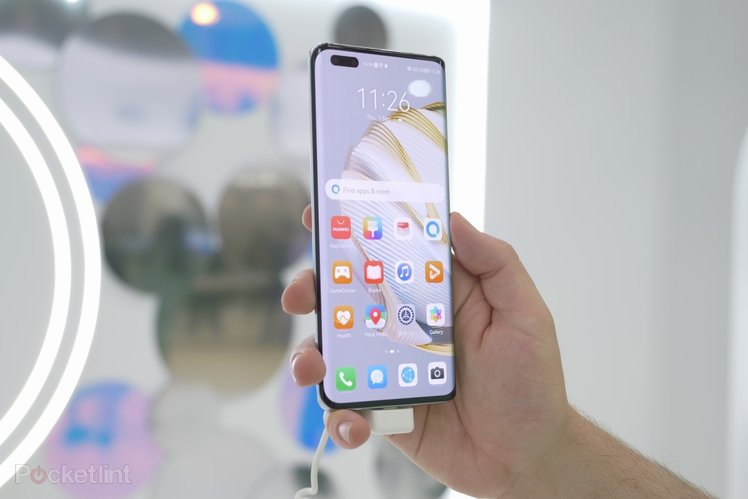 With Huawei facing continued challenges in the smartphone space, we’ve seen the company pivot to put a lot of time and energy into developing really great health and fitness tracking wearables, earphones and laptops. But that doesn’t mean it’s done with smartphones. The company’s aim is to build a strong ecosystem, however long that takes.

That means, as limited as they have been, Huawei wants to continue developing in the smartphone space, offering market-leading hardware and improving those areas of its software and services that were dealt a major blow following the US trade ban in 2019.

We’ve already seen the company announce its flagships and foldables for 2022, and now it’s time for the mid-range models: the Nova series.

While so many other manufacturers have moved on from the classic curved glass sandwich approach of smartphone making in 2021/22, Huawei has stuck with it, delivering phones which – from the front at least – look very much like the phones the company launched 2-3 years ago. That’s not necessarily a bad thing though. 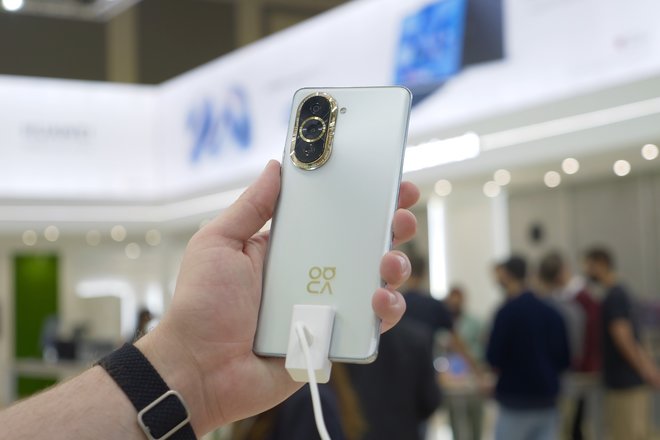 The curved edges in the glass make a phone that feels slimmer and more comfortable to hold than some of the modern devices with flat screens and straight edges. It’s slim, weighs in under 200 grams, and so should be very easy for most people to carry around and slide into their pockets.

Where Huawei has absolutely gone to town is in the camera design on the back. The phone is – what Huawei calls – “chic”, which in this instance means gold accents everywhere. The huge, protruding pill-shaped camera housing is surrounded by a thick gold border engraved with various camera specs and highlights, where the middle camera in the triple camera loadout has its own circular gold ring. Likewise, the ‘Nova’ moniker is also gold. 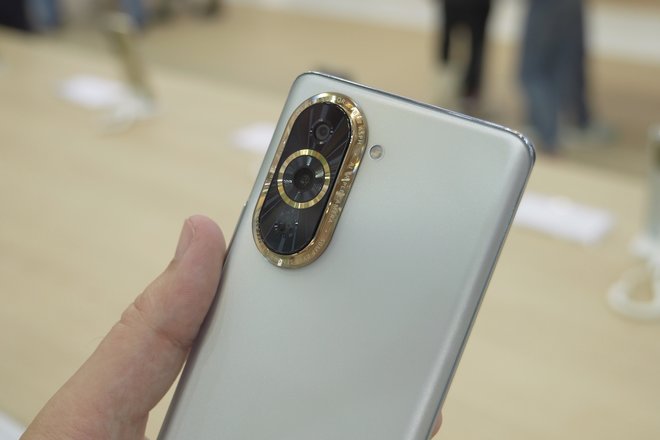 This is the same whether you get the soft, almost sparkly, silver model or the glossy black and gold variant. But as unusual and ostentatious as it is, we don’t hate it, and it certainly makes the phone stand out among the competition.

It’s safe to say Huawei’s front facing camera system on the Nova 10 Pro is a little different to the norm. It’s not completely out of the ordinary to have two lenses, we’ve seen it on a few phones, but the makeup of those two cameras and the supporting software features could make it genuinely brilliant for some creators.

Firstly, there’s the ‘main’ 60-megapixel camera, which is – in fact – an ultrawide lens. That means it’s a wide enough angle that you can shoot yourself and capture lots of background cityscape or landscape, or shoot wide group photos handheld and even record yourself doing product demos, with enough space in the shot to capture it all. 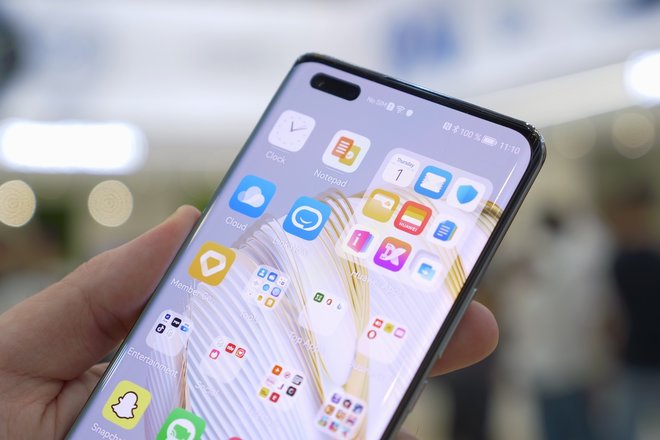 Secondly, it’s joined by the 8-megapixel portrait zoom lens, allowing you to shoot more zoomed in portrait type photos. But the two combined with the software features do mean it’s a system with a couple of neat tricks.

You can record from both lenses at the same time. So – as an example – if you’re shooting a makeup tutorial for social media, you can have your entire face shown, as well as a zoomed in shot showing a close-up of where you’re working. And both angles are shown on screen at the same time.

Another useful feature is something we’ve seen on some dedicated cameras recently: a product showcase feature. When recording with the front cameras, you can hold up a product to the camera, and it’ll automatically focus on it, then switch back to your face when you put it down again.

As always, Huawei’s display on the Nova 10 Pro seems as impressive as ever, offering high resolution, lots of brightness, colour and fast refresh rates. Huawei has managed to squeeze in a large 6.78-inch display in the Nova 10 Pro, but thanks to it being curved and having incredibly slim bezels, it doesn’t make the phone feel all that massive. 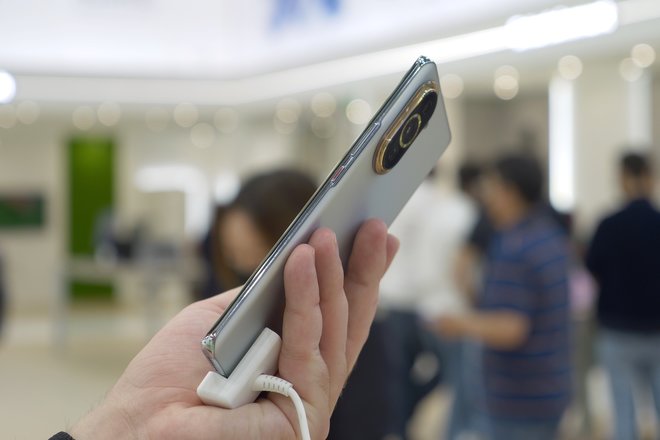 With over 429 pixels per inch, details seem really crisp on first impressions. Likewise, the colours seem vivid, with Huawei keeping to its tradition of having quite a balanced approach to colour temperature and warmth. It has that classic, clean look.

Of course, we’re going to need more time with it to see what it’s really like, but there’s absolutely nothing that concerns us about it from our initial hands-on time with the phone. Those curved edges could, perhaps, be problematic when it comes to accidental touches along the edges or distorting content around the curve.

On the software side, it’s EMUI 12 based on Android, like most of its recent device. There is the usual limitation here though: there is no Google Play installed. That means relying on Huawei’s App Gallery and HMS system for apps.

It’s worth noting that while this will still mean downloading and installing app APKS through the pre-installed Petal Search for a lot of popular apps, it’s nowhere near as bad a situation as it was a couple of years ago. More apps are landing on the App Gallery all the time, and Huawei has its own Petal Maps app for maps, transit and navigation, which is well-featured and offers all the services and abilities you’d expect to find in a maps app. 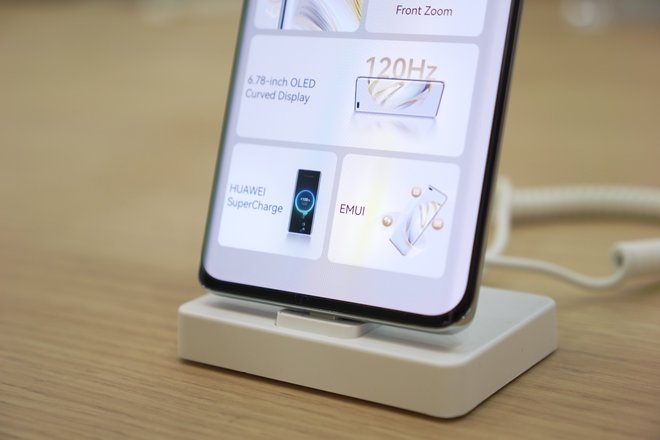 With that said, it’s not a perfect system. There will still be some apps and services you can’t use, and Huawei’s contactless payment system doesn’t support many UK banks directly, and Google’s popular apps are also still not really available. There are workarounds, but there’s still friction there making the system a bit inconvenient.

Like its front camera system, the rear has its ambitions, but that’s mostly all about the primary camera. It uses the same excellent 50-megapixel RYYB (red-yellow-yellow-blue) sensor that features in the P50 Pro.

What that means – or what it should mean knowing Huawei – is really good photos from at least one of the cameras on the back. We’ve seen great results from it in the past. It’s joined by an ultrawide and a third sensor which is there just to collect depth data for portrait mode shots. 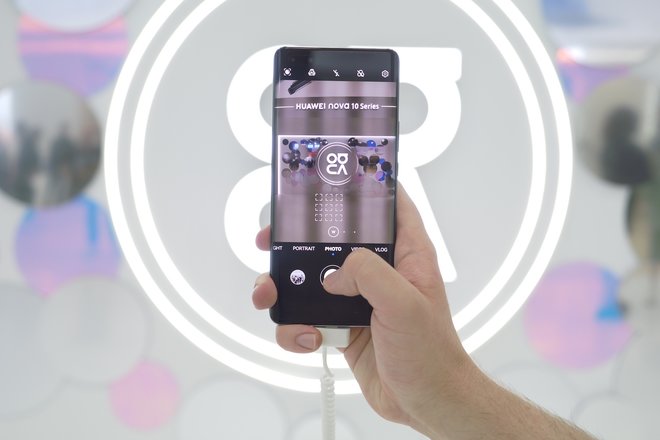 Huawei has also loaded the phone with all of its AI-powered image processing features, so you get smart scene optimisation and night mode, for enabling great shots in any condition. Or – at least – that’s the promise. We haven’t used it anywhere near enough to see how good it actually is.

Apart from the camera system on the back, there’s only really one indication that this isn’t a top tier flagship, and that’s the processor choice. Rather than the 8-series Snapdragon chipset, it uses the Snapdragon 778, which is towards the upper end of the mid-range offerings from Qualcomm. Due to trade restrictions imposed on Huawei, it’s limited to just 4G connectivity, there’s no 5G.

Still, the processor should offer smooth and quick performance, enabling you to play your favourite games and move about the interface quickly. It’s joined by 8GB RAM and 128GB Storage. 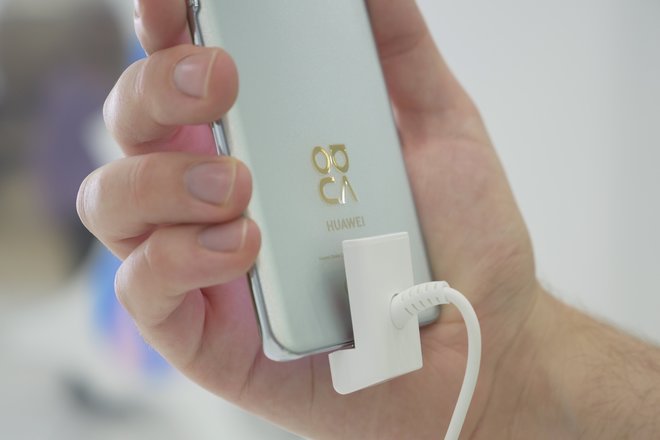 Battery life should be strong too. With 4500mAh capacity and Huawei’s battery optimisations, you should find it’s a phone that has no trouble at all getting through a full day even for the busiest of people. What’s more, with 100W charging, it’ll go from zero to full in just 20 minutes.