Huawei’s presence in the smartphone market has come under question several times since the imposition of trade sanctions by the United States. Limitations on 5G capability enabled by imported components have also resulted in lower sales within China. But the launch of the Mate 40 Series in the global market and the trade licenses granted to Sony, Omnivision, and even Qualcomm have provided some respite. Although this period of difficulty is not over, the brand seems prepared to globally launch the teased P50 Series near the end of this month.

As reported, the unveiling of the new line of smartphones will happen at an official event, confirmed for 29th July. But while we wait in anticipation to see what the Chinese OEM has in hand, here’s our compilation of all the information available about the devices to give you an idea of what to expect.

A little heads up, leaks to date make it seem that interested buyers will have three options to choose from, which include the standard P50 alongside the slightly larger P50 Pro and P50 Pro+.

Leaks and rumors surrounding Huawei’s P50 Series first appeared at the end of December last year. Since then, renders presented by Steven H. (@OnLeaks) have showcased the designs claimed to be for the P50 and P50 Pro.

According to these, the Pro model features a curved display, whereas the standard will have a flat panel. While the curvature is not much different than what’s present on Huawei’s P40 Pro, the front camera design is a massive change from the pill-shaped cutout seen previously.

Following this, official-looking images shared by @RODENT950 corroborated the camera design, and Huawei’s teaser for the P50 Series seemingly confirmed the look.

So while we have an idea of what to expect in terms of design, what about the specifics? While there hasn’t been a mention of the type of display, leaks by Steven H. give us numbers for the size of the panel these devices will feature. The standard P50 will have a 6.3-inch display, whereas the Pro and Pro Plus will use a curved 6.6-inch unit.

Huawei’s P Series has been known for its camera prowess, and as per rumors, the OEM will aim to better the experience it offers with a triple camera layout on the P50 and a quad-camera array on the P50 Pro and Pro Plus, which will also include the Sony IMX800, a 1-inch sensor for smartphones (via GSM Arena). 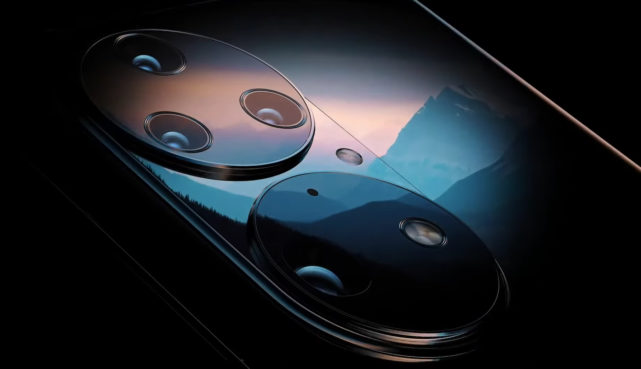 RODENT950 further states the Huawei P50 will use a 50MP primary sensor, a 40MP ultra-wide, and an 8MP telephoto with 3x zoom. The Huawei P50 Pro, on the other hand, is tipped to have a sensor system consisting of the Sony IMX800, the Omnivision OV64A, an unnamed 5X periscope lens, and a ToF or new unidentified sensor.

Year on year performance improvements have become commonplace in smartphones. Seeing how the P40 Series shared its chipset with the Mate 30 Series makes it likely the P50 lineup will use the Kirin 9000 5G available with the Mate 40 Series.

But as reported, it seems Huawei may have to use Qualcomm’s Snapdragon 888 chipset in 4G-only variants of the P50 and P50 Pro, owing to a shortage of supply.

Stepping off the rumors, as for the batteries within these devices, last year we saw a 3,800mAh cell in the P40, while the P40 Pro and Pro Plus had a 4,200mAh unit. With the hope displays this year will have higher refresh rate panels, we would say you should expect slightly larger cells across the lineup. If this doesn’t happen, users may have to find respite in Huawei bringing their 66W wired SuperCharge standard to the devices.

What Extras will the P50 Series offer?

From analyzing the leaked images, we expect Huawei will introduce dual stereo speakers, which they also shipped on the Mate 40 Series. Next, last year’s P40 lineup had an IP rating, meaning we can expect it here too. Hopefully, it will be a uniform IP68 or better across the line of devices — the P40 had an IP53 rating while the P40 Pro and P40 Pro+ had IP68. The device’s image also showed an IR blaster along the top, another bonus for interested buyers.

When will the Huawei P50 Series be available?

With a global launch confirmed for the P50 Series, the question remains about its availability. Speculation from RODENT950 says the new phones will launch with the Snapdragon-powered P50 and P50 Pro in August, followed by 5G variants (using Kirin 9000 5G) in the Fall, and the P50 Pro Plus is said to have been postponed to later in the Fall and made China-exclusive.

With HarmonyOS 2.0 ready for smartphones and the launch of the P50 Series less than a week away, what are your expectations for the new devices? Let us know with your comments below.