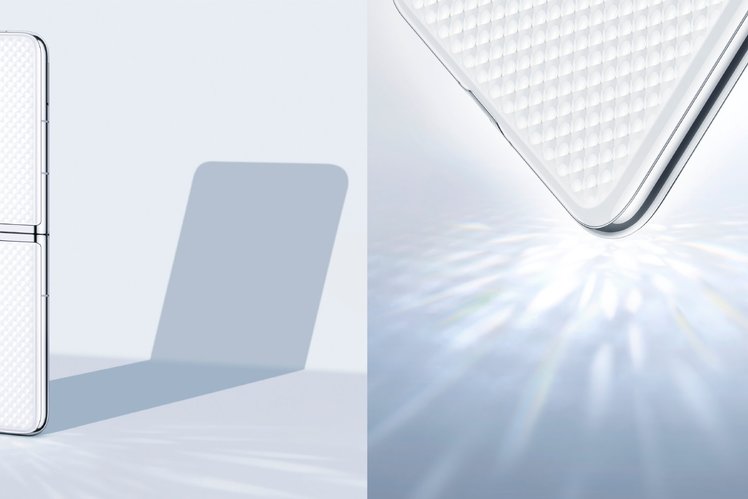 Huawei is set to take on the Galaxy Z Flip with a folding clamshell of its very own. It’s called the Huawei P50 Pocket, and it’s being announced on 23 December.

The manufacturer has taken to social media to share details of the phone’s launch event, while also teasing a little of what we’re to expect from the device when it is announced.

The company shared the launch date news on both Weibo (in China) and on Twitter for its global audience, confirming the name of the device and the exact time of launch.

More interesting, however, are a couple of images shared from the company’s official handle on Weibo, which show a glimpse at the device and indicate that this is – indeed – a folding phone in the form of a clamshell, like the Galaxy Z Flip series. 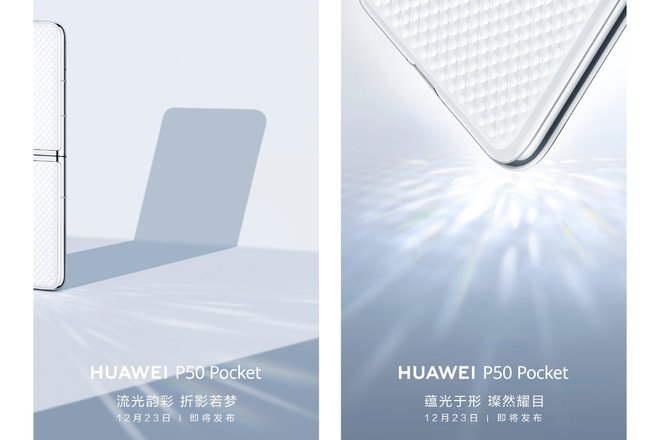 In the images above you can clearly see the phone stood up with a hinge half way up and a shadow which clearly hints at its folding capability. Unlike Samsung’s phone however, this one has something of a diamond pattern on the back which could help set it apart.

It would make it the first flip-style smartphone the company has manufactured, with its first few generations of flexible smartphone – like the Mate X2 – being exclusively book-styled.

Given the timing and social media promotion around the event, it’s very likely the phone will initially only be launched in China. At least, to begin with.

Huawei is still having to contend with chip shortages and other issues arising from its well-documented trade ban. The P50 series is yet to be launched in western markets, and that was first announced in China back in the summer.

As for other specs and details, we suspect it will feature a powerful processor due to Huawei repeatedly referring to it as a ‘Winter flagship launch’, but exactly which processor is yet to be seen.