Huawei jumped on the foldable bandwagon with the Mate X back in February 2019. Now, two years later, the company is gearing up to launch its next foldable smartphone. The new foldable will simply be called the Huawei Mate X2, and it’s set to launch later this month in China.

The news comes from Huawei’s official Weibo account, essentially confirming rumors that have been circulating on the internet for the past few weeks. The announcement comes when we are also hearing reports about Huawei considering selling off its Mate and P series of smartphone brands to a consortium of government-backed investors. But this announcement of Huawei Mate X2 does restore some hope that the company might not go that route anytime soon — despite all the odds stacked against it. 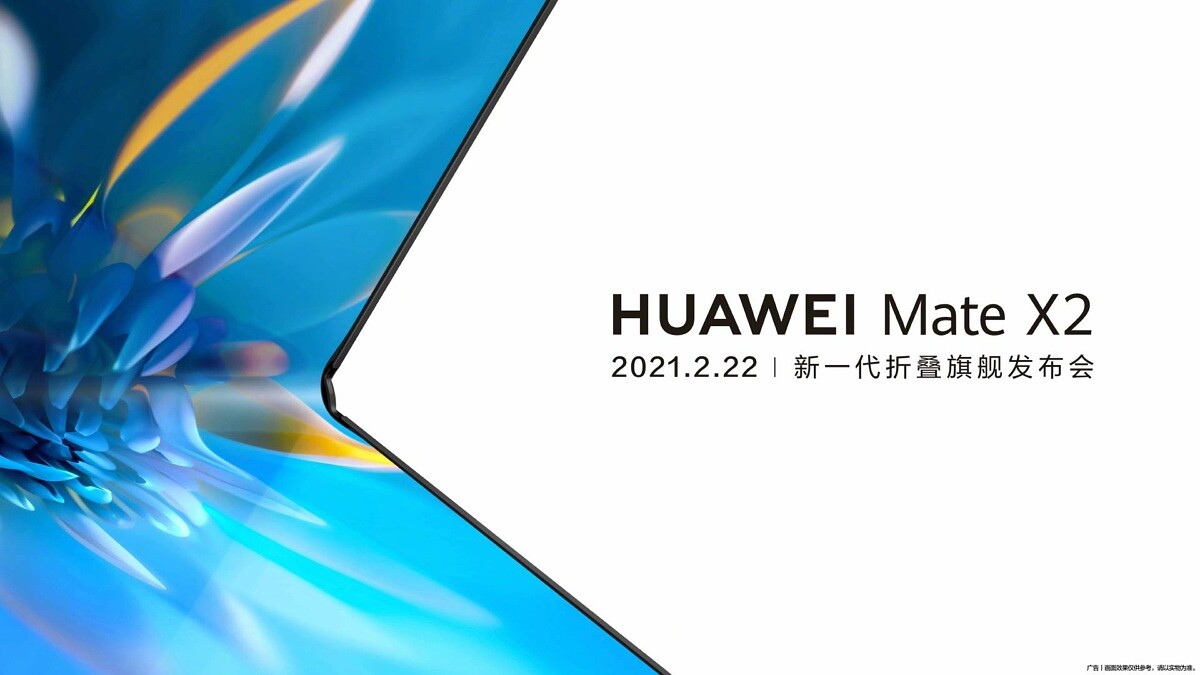 The teaser shared by Huawei confirms the Mate X2 will be launched on February 22, 2021. The original Huawei Mate X never made it outside China, and that’ll most likely be the case with the Mate X2 as well. Foldables by their very nature are expensive and out of reach for many consumers. And as many of our readers are well aware, Huawei can’t ship Google apps on its new phones due to the U.S trade ban. So even if the company was to launch the device outside China, it will be a hard sell. Moreover, due to the same ban, contract chip fabricators such as TSMC and Samsung cannot manufacture HiSilicon chips, forcing the Chinese smartphone maker to use reserve Kirin 9000 or other chips they had ordered before the ban. Therefore, it’s likely that the Mate X2 will only be made in limited quantities and won’t be available outside of China.

We also don’t know which display vendor is supplying the display for the Huawei Mate X2. We recently reported that Samsung Display has begun supplying its foldable displays to Chinese OEMs, but Huawei is unlikely to be one of them. The original Huawei Mate X had a BOE panel, so it’s likely either them, or TCL’s CSOT will be providing the display. LG Display is another possibility since they supplied the panel for Lenovo’s ThinkPad X1 Fold.

As for what we can expect from the Huawei Mate X2 in terms of hardware, the recent leaks point at the device featuring an 8.01-inch internal display and a 6.45-inch outer panel. According to the well-known leakster Digital Chat Station, the Mate X2 could feature a quad-camera assembly, comprised of a 50MP primary sensor, backed by 16MP, 12MP, and 8MP sensors. The device is said to be powered by the Kirin 9000 chipset and a 4,400 mAh battery with support for 66W fast charging.

The post Huawei’s new foldable phone launches this month, but don’t expect to get your hands on one appeared first on xda-developers.