This is XDA Developers and, contrary to popular belief, we do actually talk about a lot of stuff concerning development. This article is a little different from the more news or tutorial-related content. In this, I talk about my opinions on root and its utility in 2020 and show you my rooted Samsung Galaxy Note 20 Ultra. There might also be a link at the bottom pointing to instructions on how to root your own US Galaxy if you want, but you have to promise to read the entire article. Promise? Pinkie-swear? OK, good.

Back in 2018, I bought the Galaxy Note 9. But not just any Galaxy Note 9. I imported the Exynos variant through eBay. Why would I do something like that? For two main reasons. The US colors were kind of boring. I really wanted the copper color. The US variants also couldn’t be bootloader unlocked, and I like having root access. Bonus benefit: it was significantly cheaper than the US variants at that point.

I’ve got T-Mobile, so having an international Samsung phone wasn’t terrible. The band support wasn’t complete (no LTE Band 71), but WiFi calling and VoLTE worked fine. And I had root, so that was a worthy trade-off for me. The major issues were the underpowered and inefficient Exynos processor and the lack of an included warranty.

Fast forward to 2020, and things are a little different. T-Mobile’s LTE Band 71 is a lot more prominent in my area than it was in 2018, which means a compatible phone will get better coverage. Band support is also much more fragmented in the international Galaxy phones, thanks to the mess that is 5G. And it’s just not as easy to import an international Galaxy as it was in 2018, and the units available are usually more expensive than the US variants, which tips the scales.

Finally, I had a Note 9 to trade-in. Samsung was (and still is) offering a $550 trade-in value for the Note 9. That’s a lot of value. A random eBay seller wasn’t going to give me $550 off a Samsung phone if I sent them my Note 9, and selling it on Swappa to a prudent buyer wouldn’t have fetched this much.

Samsung Galaxy Note 20 Ultra Review: For Those Ahead of the Curve

Now, you may have a different opinion on this, but for me, having root really just wasn’t worth all the trade-offs this year. So now I have the US Unlocked Galaxy Note 20 Ultra (in Mystic Bronze, of course).

The first reason is convenience. I’m an app developer, and I make some pretty low-level apps for Android. A lot of them require special permissions that can only be granted through ADB…. or with root! It’s a lot quicker to just tap a “GRANT” button in the app than it is to plug into my computer, open a command prompt, and manually type out the ADB commands. It might not be worth the hassle if you need to do this a few times in a month, but any increase in frequency beyond this makes root a worthy step.

Secondly: theming. I know on Samsung devices, it’s possible to install custom themes without root using tools like Synergy. But it’s still a hassle. There are a lot of limitations, and a lot of steps, to install themes. If you’re theming third-party apps that get frequent updates, it just gets worse.

Theming with root is as simple as pressing a button and rebooting. I use my own app, OneUI Tuner, to work around a whole bunch of One UI’s annoyances, like adding more tiles to the quick settings header, or enabling clock seconds. I also use Swift Installer to make my notification shade transparent and give my apps a more unified look. That’s all possible without root, but it’s much more of a hassle.

Thirdly, I like to tinker. Root gives me access to the entire filesystem. I can use MiXplorer to poke around the various partitions and folders to maybe find something interesting. I can also use apps like Root Activity Launcher to open hidden or restricted Activities in installed apps. 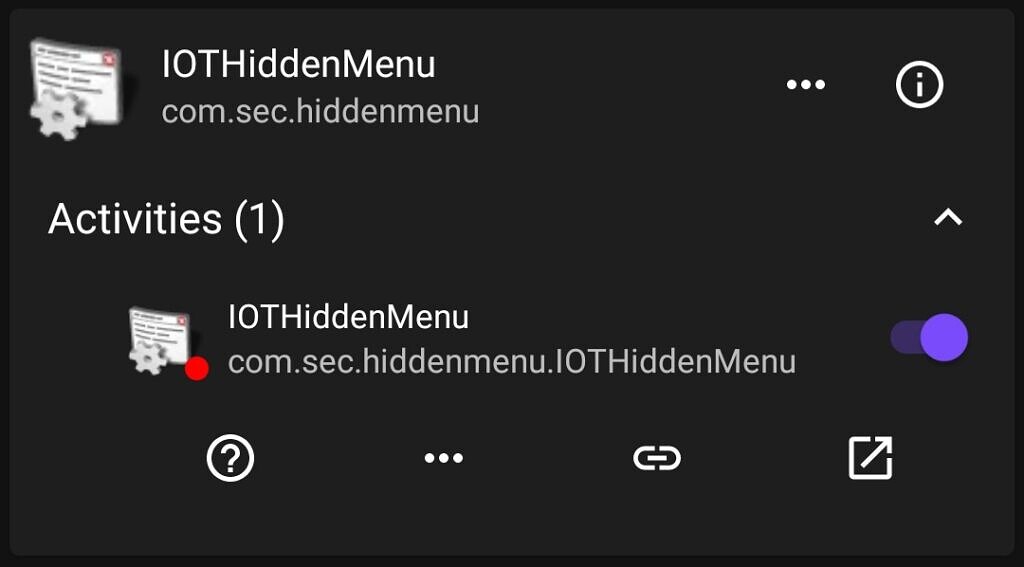 Samsung has a Hidden Menu app. While it’s possible to launch some parts of it using dialer codes, most of it is inaccessible unless you’re rooted.

The fourth reason is DSUs. Android 10 has a neat feature where, on bootloader-unlocked devices, you can temporarily load and boot a GSI. It’s an easy way to test out Android 11 without having to deal with clearing data or reinstalling a firmware. On Android 11, this likely won’t be necessary anymore, but I’m not on Android 11. Unfortunately, this doesn’t work out-of-the-box on the Note 20 Ultra. It installs but fails to boot. I’m sure it’s possible with some kernel modifications, but that’s not my area of expertise.

Yet another reason is ad-blocking. Sure, there are plenty of non-root ad blockers like DNS66 or NextDNS, but in my experience, none of them work nearly as well as root solutions like AdAway. The non-root apps constantly let through ads in Chrome and other apps, while AdAway’s method of overriding the system’s hosts file works perfectly. This method also has the advantage of not using any extra battery life.

Enabling AdAway is a one-click process, and it doesn’t need to have a VPN running in the background to work.

Finally, it’s my phone! I want to be able to use it on my terms. After three years, I might flash an AOSP-based ROM, or a One UI port from a later device. Or I might not. That should be up to me, not Samsung.

Now, it’s possible that my reasons for rooting and unlocking aren’t nearly as compelling to you as they are to me. And that’s completely fair. But these aren’t the only reasons to do so, and I’m not the only one to have gone through this process. Here are some reasons provided by the other people who’ve rooted their US Galaxy devices.

And here are some reasons I’ve come up with that aren’t particularly compelling to me, but are quite popular in the root space.

In case you’re newer to the rooting scene (or you never really paid much attention to it), the Xposed Framework is a powerful customization and modification for Android. It allows module developers to override, add, and remove various behaviors in Android. This in turn lets you do things like make in-depth themes, add buttons to your power menu, move status bar icons around, basically whatever you want. Xposed has been around forever, and in its newest form of EdXposed, it’s still getting plenty of attention.

For instance, there’s an EdXposed module for One UI that’s like a OneUI Tuner on steroids. Instead of being limited to what resource overlays support, Firefds Kit lets you do things like enable biometric unlock after a reboot, or disable app signature verification.

Even with all that, it’s very possible that you’re still not convinced that root is needed. Which, again, is completely justified. If root isn’t for you, it isn’t for you. But I can tell you that at least 25 other people have unlocked at least one US Galaxy device with this method. There are dozens of us! Dozens!

Proof of Root on the Samsung Galaxy Note 20 Ultra

Before anyone complains (even though this is 1300 words in already), I am actually rooted, and I can support that claim with evidence. Take a look at the screenshots and video below.

As you can see, I have Magisk v20.4 up and running, along with a build of TWRP for the international Snapdragon variant, and a custom kernel. The kernel and TWRP were made by mentalmuso, who will also soon have a bootloader unlocked US Galaxy Note 20 Ultra.

I’ve also switched my Recents provider to use Lawnchair instead of Samsung’s default or Good Lock’s Task Changer. And, of course, I’m using Swift Installer and OneUI Tuner to theme and customize my device. While Swift Installer and OneUI Tuner will both work without root, through the use of Synergy, they’re a lot easier to use with Magisk installed.

This isn’t some magical root exploit or anything. My Galaxy Note 20 Ultra is properly bootloader unlocked, and that means KNOX has been tripped. I can’t use Samsung Pass or Samsung Pay. The former detects that I’m rooted, just like it would on an international variant. Weirdly, Samsung Pay doesn’t complain about root. Instead, it seems to have some sort of server connection issue. Either way, it doesn’t work. And, of course, Secure Folder won’t work without being modded, but I don’t use that, so I don’t really care. Finally, OTAs are disabled. Attempting to check for updates results in a connection error. But with tools like SamFirm, Frida, or Samloader, that’s not really an issue for me.

But everything else works fine. Magisk Hide is still letting SafetyNet pass, so things like Google Pay work without issue. I can (and have) installed Magisk modules without any issues, and now I’ve got the experience I wanted, with full US compatibility and a proper warranty.

How to Root a US Unlocked Galaxy Note 20 Ultra?

Interestingly, this isn’t even an exploit. The root process makes use of internal Samsung tools.

It’s also not free. I paid quite a bit to unlock my phone. Not $550-$700-worth, but still a good chunk of change. But for me, it was worth it. Now my phone is my phone, and since Samsung has a bootloader unlockable variant that uses the same Snapdragon 865+, I have access to plenty of development work. Again, though, it’s not free, and you’ll be paying up to $150 to get a bootloader unlock. Compatibility is also currently limited to the Galaxy S10, Galaxy S20, Galaxy Note 10, and Galaxy Note 20 series.

If, for whatever reason, you’re interested in this, I’ve put together a super simple Android app that answers a lot of questions about the process, and then allows you to request your own unlock. Check it out on XDA Labs. The app itself is free, so there’s no investment for investigation besides your time. You can proceed if you are still comfortable. 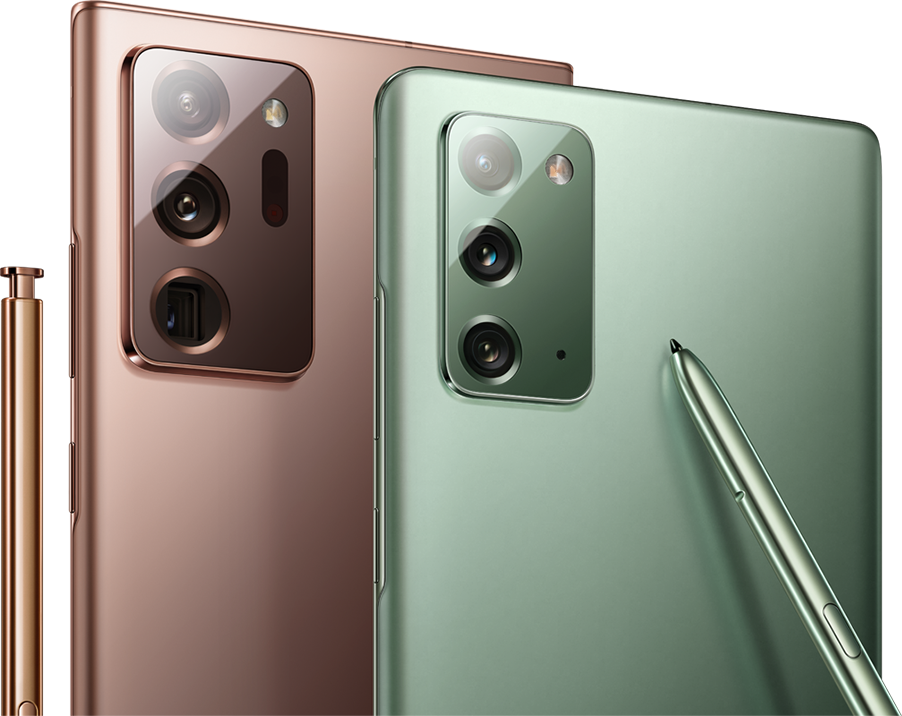 The Samsung Galaxy Note 20 Ultra has the best hardware of any Android smartphone, but Samsung’s One UI software isn’t everyone’s cup of tea. That’s why I bought and rooted it.

The post I rooted my US Samsung Galaxy Note 20 Ultra, and here’s what I’m doing with it appeared first on xda-developers.