A new leak today claims to tell us more about the performance of the future Core i9-11900K.

The tested processor would be a sample close to final production. It has been tested on a Z590 (the cards are already in circulation at the press). These tests were performed by Harukaze5719, a Korean leaker that can be described as serious.

For the purpose of this battery of tests, the 11900K was compared to the AMD Ryzen 7 5700G APU and the Ryzen 7 5800X. The first step consists of a battery of benchmarks in games at 1080p resolution. Out of 7 games tested, the Intel Core i9-11900K lost only twice against the AMD Ryzen 7 5800X, and it did so in Hitman 3 with a difference of 2 FPS, but in League of Legends we see a notable difference of no less than 112 FPS in favor of the AMD processor. 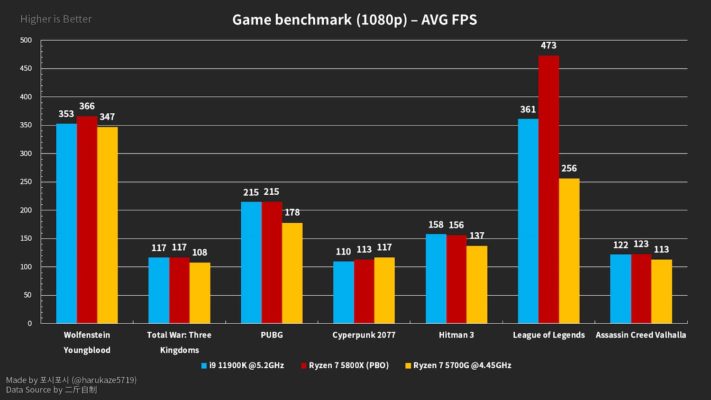 In more “classic” tests such as Cinebench R15, the Intel processor obtained a single-core score of 256 points, compared with 257 points for the Ryzen 7 5800X, while in multi-core performance, the score was 2526 points compared with 2354. 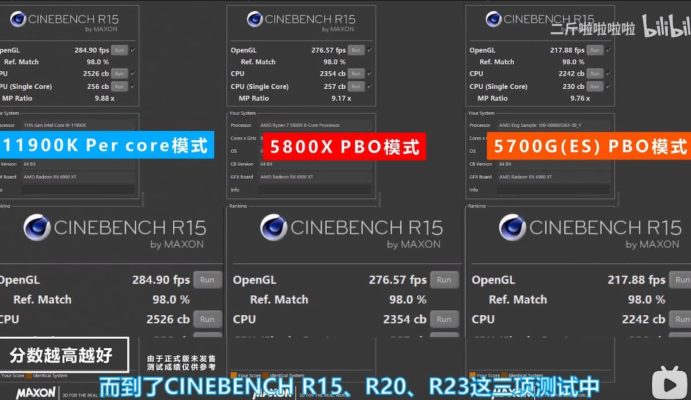 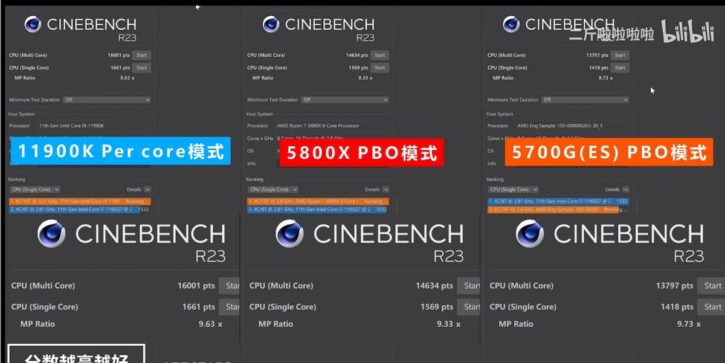 The CPU-Z test is also relatively revealing since the i9 scores 719.6 / 7035.5 points compared to the 5800X which scores 657 / 6366 points. This result seems to show that the Intel CPU takes particular advantage of high frequencies to gain the upper hand over its competitor.

Finally, the leaker was interested in the operating temperatures of his trio of CPUs, especially during game sequences. And here, it’s almost a surprise, but the i9 11900K would, according to its measurements, be between 16 and 28°c below the 5800X’s temperatures while running at a relatively higher frequency. Obviously for the purposes of this test, the cooling system was identical for all processors. It is difficult to give a definitive opinion in view of these results. The processor tested here is a pre-series. Under these conditions, it could be better or below the final version. It is known that in the last straight line the manufacturers always take advantage of it to inject small optimizations… Including on the Z590 platform. However, it seems that with this i9-11900K (but also with the i7-11700K) Intel can clearly regain ground to AMD especially in terms of gaming performance. Price positioning and availability will be two key elements for Intel. However, we can’t forget that this 11th generation is only there to occupy the field for a few months… [gp_product_box ean=”0730143312714″]