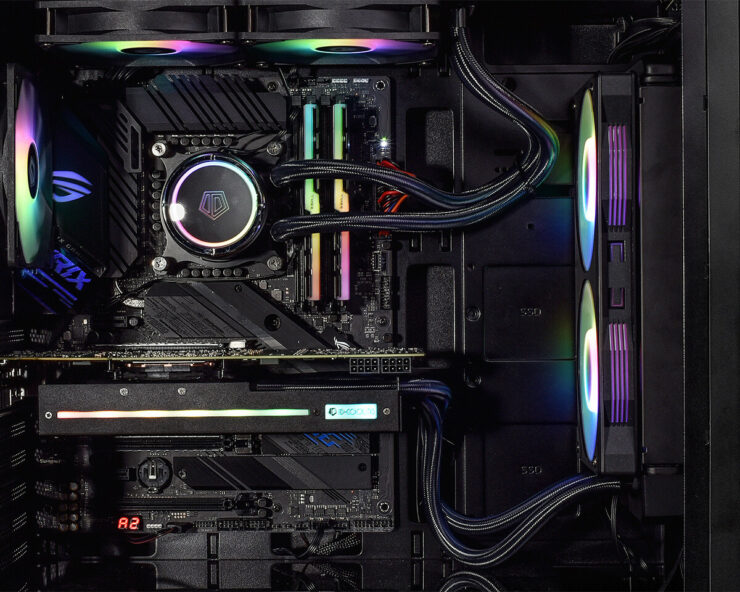 ID-COOLING announced the ICEFLOW 240 VGA Water Cooler, which has been specifically designed for gaming graphics cards and features a 92 mm slim fan, offering a maximum cooling capacity of up to 300-watts. This VGA water cooler is expected to be available in late November to early December of this year and will have a price tag of $129.99.

The ICEFLOW 240 VGA Water Cooler features a 240 mm radiator and the new ICEFAN 240 fan in a single frame; these two fan blades utilize a single PWM input and ARGB input cables; this allows for a much more streamlined PC build. The included pump features a maximum rated speed of up to 6,500 RPM while the radiator fans feature a minimum speed of 800 RPM while the maximum rated speed of up to 2,500 RPM. 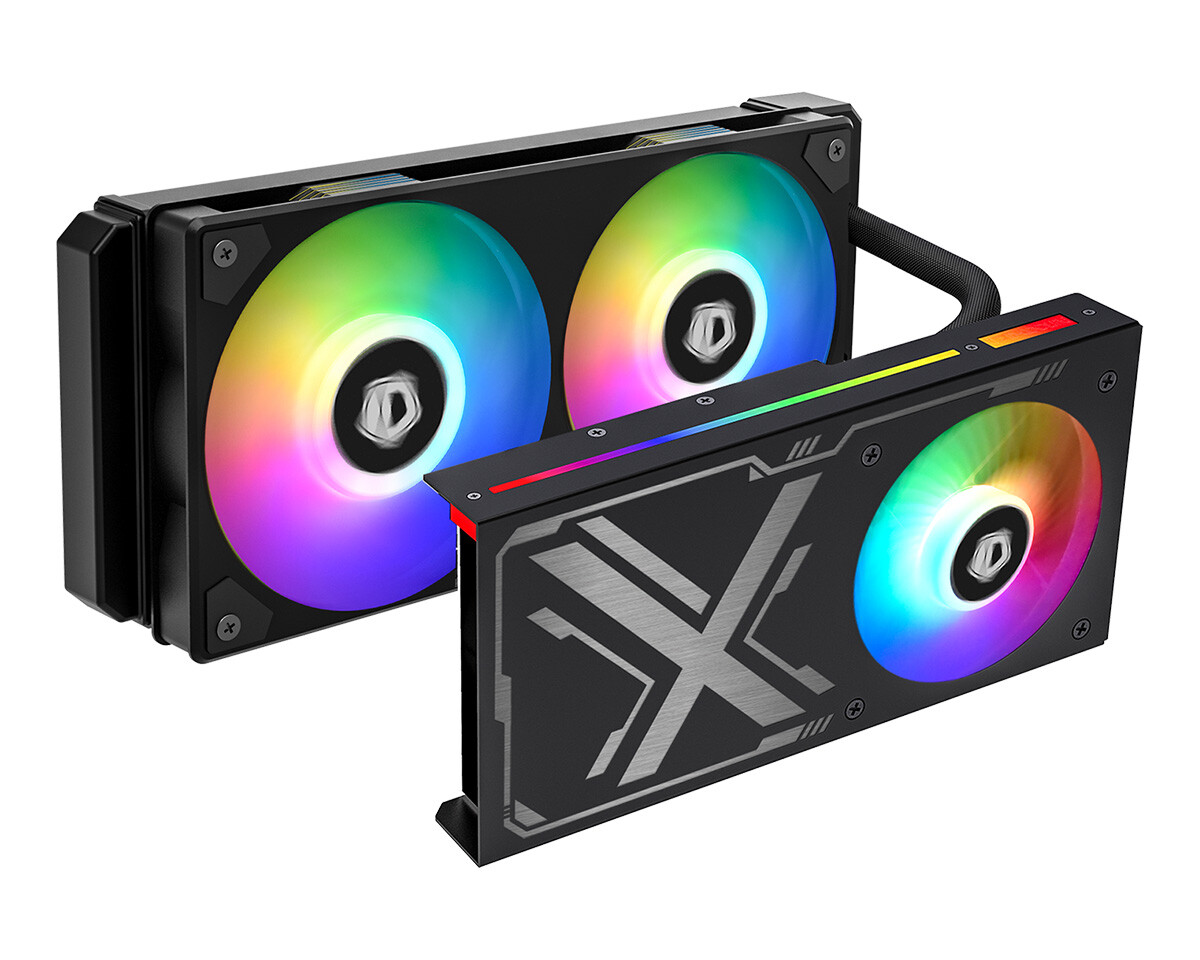 This graphics card cooler’s maximum cooling capacity is 300-watts allowing this cooler to up to the RTX 2080 Ti or the Radeon RX 5900. 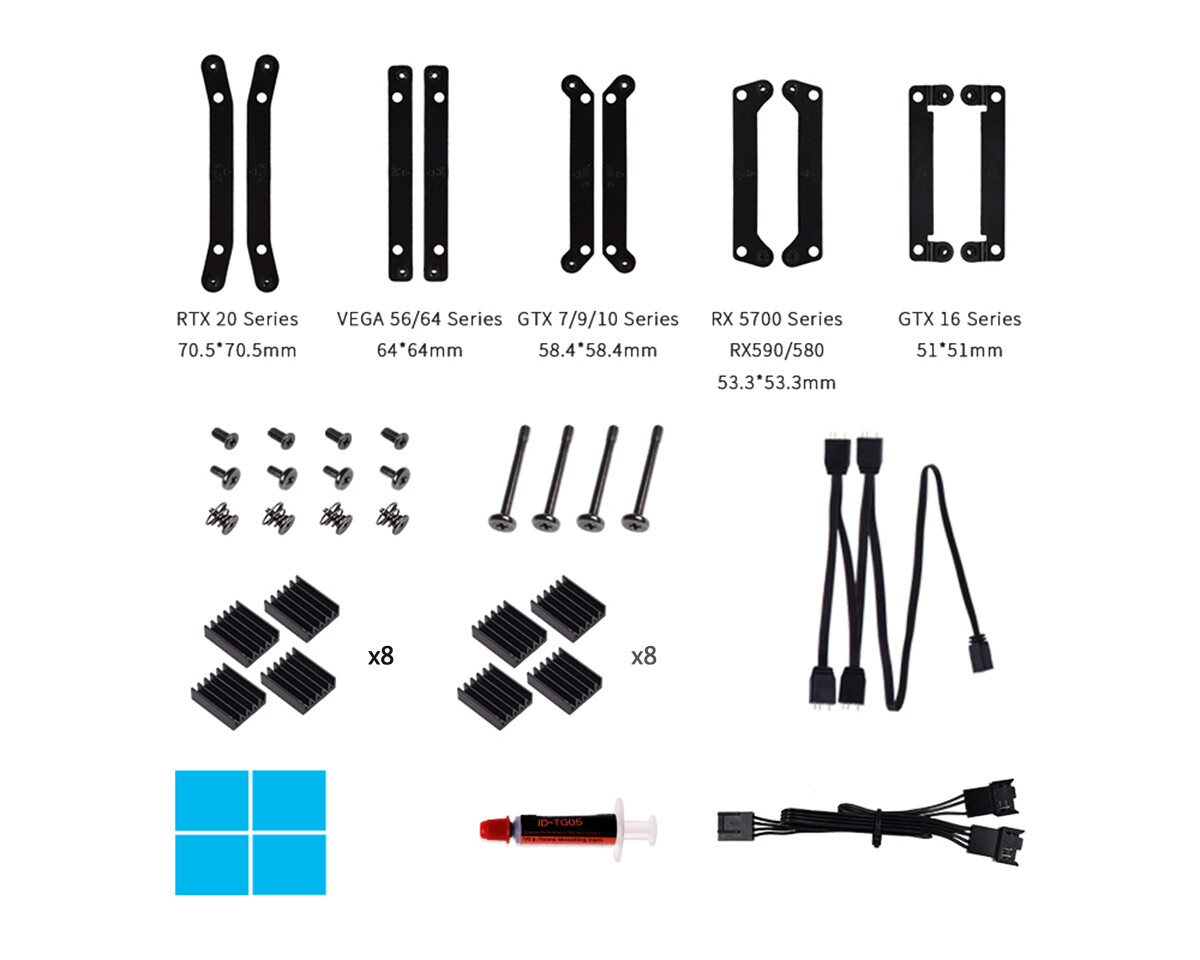 The ICEFLOW 240 VGA Water Cooler is only compatible if the PCB layout and mounting holes are in a specific orientation, so users should remove the original air cooler to ensure that this VGA can be installed your graphics card.

This VGA water cooler is designed to cool both the GPU and the VRAM, simultaneously utilizing a slim 92 mm fan. An interesting feature that this graphics cooler has in adjustable housing for different lengths. The aluminum house can easily be adjusted to connect to nearly any position where the GPU might be located on your graphics card.

ID-COOLING has announced that the ICEFLOW 240 VGA water cooler will be available in late November to Early December while stating to have a price of $129.99.