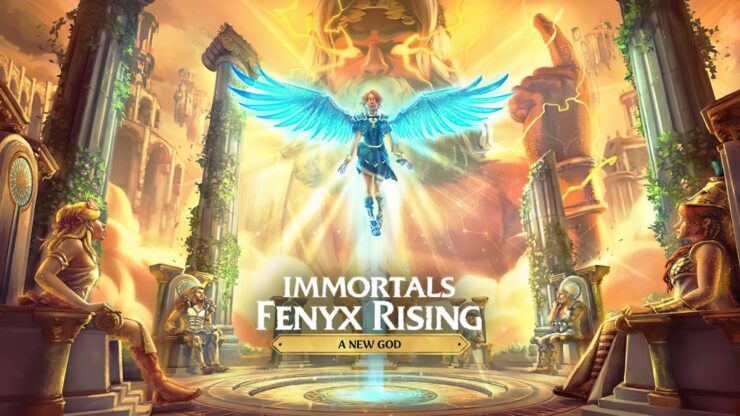 Immortals Fenyx Rising is one of the most surprising games released in 2020. While the game didn’t look all that different from Zelda: Breath of the Wild in trailers, Immortals Fenyx Rising is a very enjoyable open-world experience that has a lot going on that makes it more than a Breath of the Wild rip-off, like the great puzzle design, the colorful, almost theme-park like world design and solid combat. Most of these features make a comeback in the A New God DLC, a worthy expansion to the experience.

(As A New God is set after the events of the main campaign, there will be heavy spoilers from here, so avoid reading if you haven’t completed Immortals Fenyx Rising yet)

A New God is set right after the game’s ending. Fenyx has managed to restore Aphrodite, Ares, Athena and Hephaistos to their original form, defeat Typhon and save the world. He also did get more than he bargained for, discovering that he, or she, depending on your choice, is Zeus’ children, worthy of a place in the Pantheon. Summoned to Olympos, Fenyx will have to prove to Zeus and the other deities that he or she is indeed ready for godhood, conquering a variety of trials that will put their puzzle, navigational and combat skills to the test.

A New God is pretty light on story, compared to the main campaign. What it does feature is completely in line with what we have already experienced: simple yet humorous writing, and a little bit of development for Fenyx and the deities that had to be restored on the Golden Isle. It’s nothing particularly groundbreaking, but it does work quite well and sets up things nicely for the remaining DLC expansions, which promise to be much meatier in every possible regard. 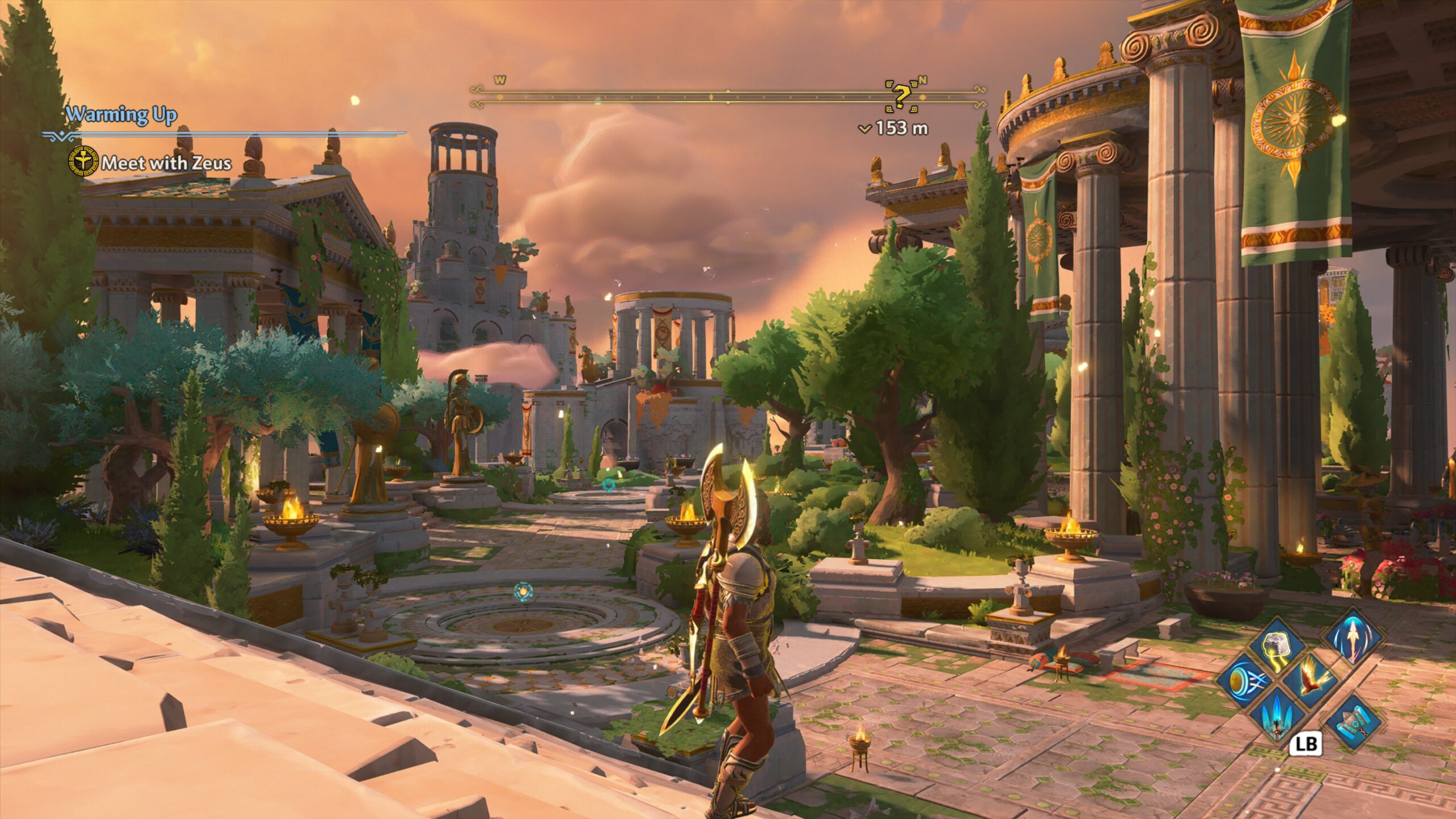 It’s not just the story that feels a lot like what we have already seen in the main campaign in A New God. The new campaign, which features the same mix of main and side quests of the main game, is chock-full of the things that Immortals Fenyx Rising did best: masterfully crafted puzzles and great combat. To prove Zeus he or she is worthy of godhood, Fenyx will have to complete several different trials for Aphrodite, Ares, Athena, and Haphaistos. These trials are located inside a new version of the Vaults that are prominently featured in the main campaign, only that they are longer and more complex than before. The Vault featured in the When in Olympos main campaign quest is a good representation of what awaits players in A New God: a mix of navigational, puzzle, and combat challenges that requires skillful usage of all Skills and Godly Powers to complete. While most of the challenges are basically harder and longer variants of those seen in the main campaign, there a few new mechanics to master, mostly tied to the new Godly Powers upgrades which are granted after completing the first three trials for each of the Greek deities. Ares’s Wrath, for example, gets an upgrade for the charged version that lets Fenyx release a gust of wind that can be used to propel upward with the Wings and activate special switches. All new Vaults also come with optional treasure chests that include new gear as well as collectibles that tie into one of the new campaign’s side quests

All of the new trials included in A New God take place in Olympos. The new map’s design, unfortunately, is not as good as that of the Golden Isle as it is mostly empty and devoid of additional content. While the main campaign may have taken it a little too far with collectibles and points of interest, the almost complete lack of them in Olympos is definitely disappointing, as it renders Fenyx’s mobility skills almost superfluous. 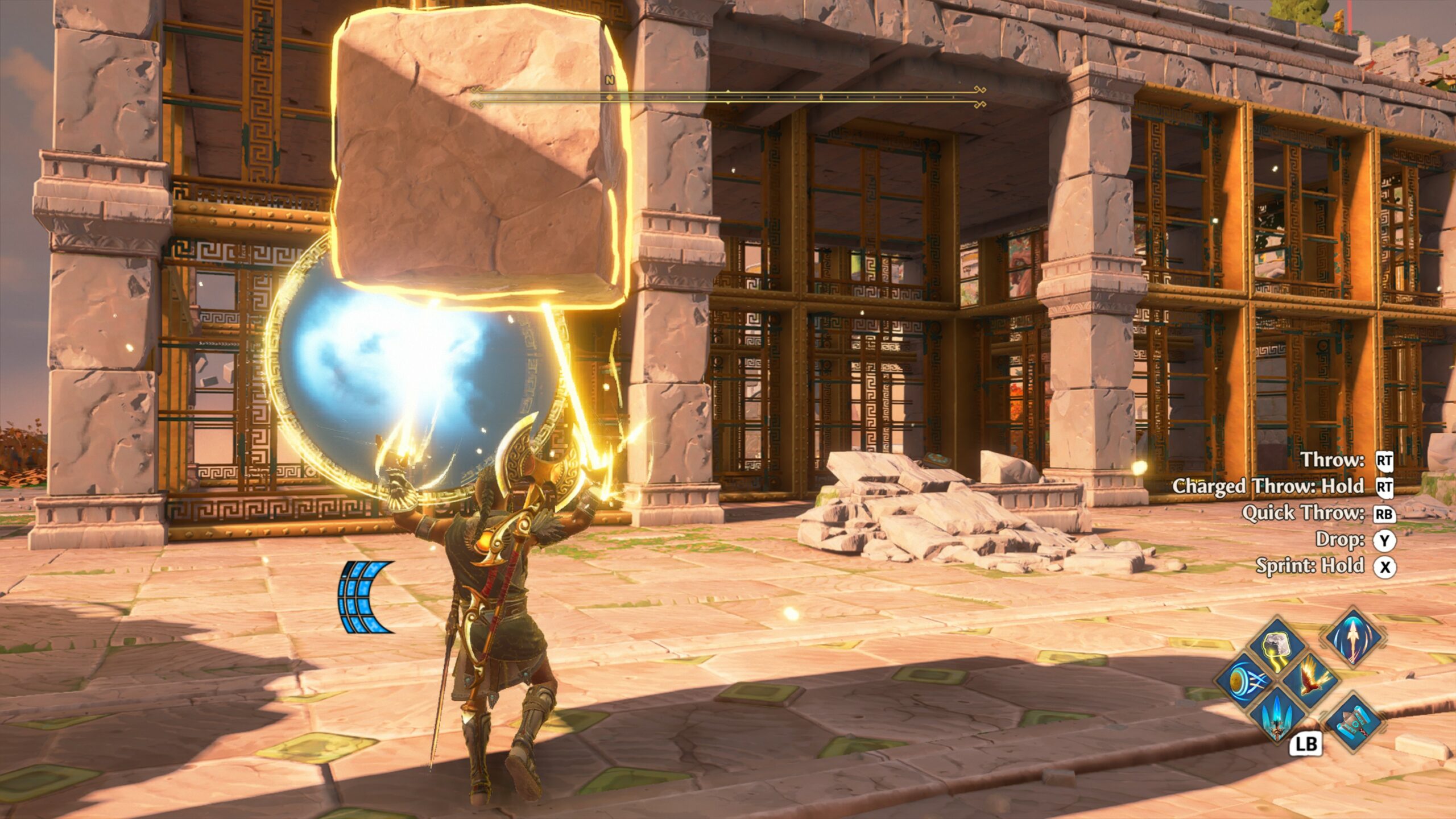 The lack of things to do in A New God, compared to the main campaign, is definitely a problem that drags the experience down. The new Vaults have great puzzles, but the whole experience becomes a little repetitive over time, also considering how long these Vaults are. A break from puzzles now and then would have helped a lot. Combat also feels slightly inferior compared to the main campaign. In A New God, Fenyx starts completely maxed out, and the new weapons and gear are so overpowered that most encounters can be completed with ease. There aren’t even that many enemy encounters, although the ones that are in are nicely designed, some of them coming with special conditions that spice them up considerably.

Visually, A New God also suffers from repetition. Olympos does look gorgeous, but it’s not all that varied, a far cry from the great variety seen on the Golden Isle. This was to be expected, given the location, but it’s still a little disappointing.

These small issues, thankfully, do not take much away from A New God. The expansion doesn’t introduce anything groundbreaking to the formula, but the great design of the new challenges make it a must-play for all those who have enjoyed the main campaign and haven’t had enough of it yet.