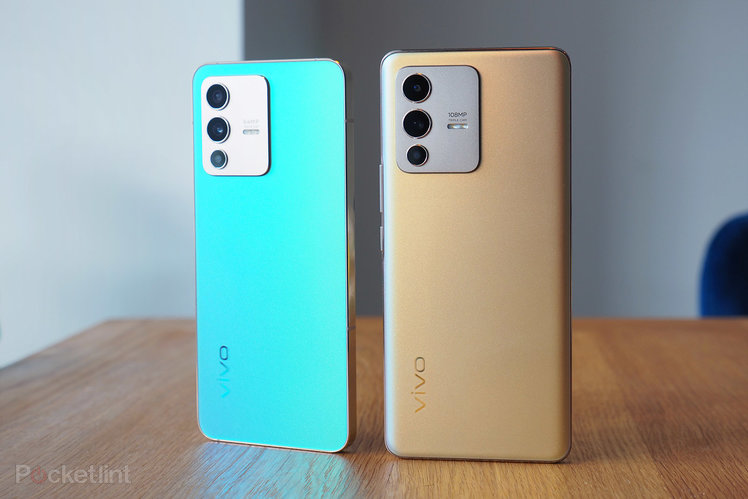 Sometimes a product comes along that has one feature so eye-catching that it’s difficult to talk about anything else. The Vivo V23 series certainly has such a headline feature: its rear panel colour-changes from a bronze slash burnt orange hue to a sparkling metallic blue when exposed to sunlight. Talk about sunshine blues.

We’ve been handling both the Vivo’s V23 and V23 Pro handsets during a brief spell of winter sunshine in the UK, to bring you a pictures-focused look at what these handsets are all about. We don’t expect an international launch for this series – it’s India only at the time of writing – so won’t be deep-diving into the usual performance review. Instead it’s all about highlighting that colour-changing special trick.

With both boxes open, it’s pretty clear that the V23’s design is opting for a more iPhone-like finish of old, complete with near right-angle edges, prominent cut-in antenna lines, and a very different face to the more curved, softer V23 Pro’s ever so slightly larger frame. That’s the difference a subtle screen curve makes.

Not that you’ll be looking at the screen, as it’s all about that colour-changing rear panel. At first we wondered if it might react to heat, which could be interesting when running more processor-intensive tasks, but it’s solely in relation to sunlight – nothing to do with heat at all. 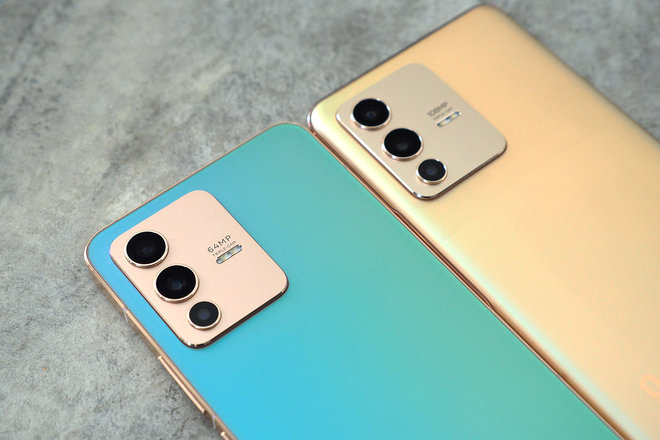 Inside the two handsets are just beneath flagship in terms of specification, as the mid-to-upper MediaTek processor suggests. Put that on par with a Qualcomm Snapdragon 700 series, though, and you’ll have a good idea of what you’re dealing with – a handset that’s perfectly capable of lasting longer for the sake of some clock speed, yet still capable of running all manner of apps.

Both handsets have dual selfie cameras, hence the larger notch at the front top of the screen, while triple rear cameras feature on the rear. Interestingly the rear camera enclosure doesn’t colour-change like the rear panel, so you’ll always have that more bronze-like colour, which really offsets against the colour shift as and when it occurs (not too often in dull, dark ol’ Blighty).

How does the color-changing design work?

Although the V23 series is available in Stardust Black, that’s a very straight-laced looking handset – and you won’t find any colour-changing magic there. For that special feature you’ll want to buy the Sunshine Gold finish, available on both V23 and V23 Pro, which has a Fluorite AG glass back panel housing. 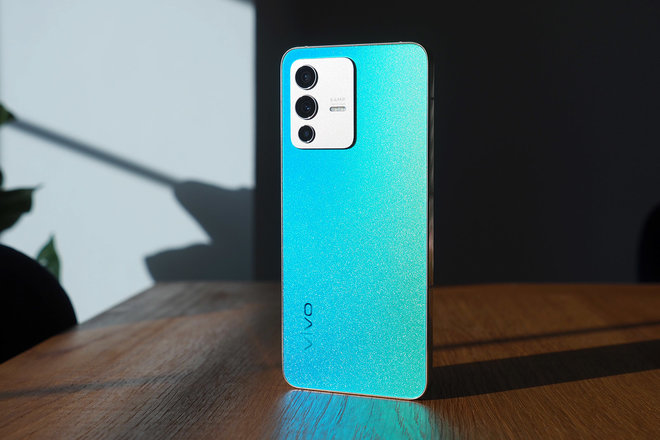 Vivo says that the V23’s “material gradually changes its colour upon exposure to ultraviolet light [as found in sunlight], following a chemical change in the molecular structure when irradiated by light of a certain wavelength.” Very fancy.

The company continues: “After about 30 seconds under the sun, the Sunshine Gold variant goes from a light ice blue and pink-orange finish to a blue-green gradient look.” Indeed, it’s not a super-rapid shift, it’s something you barely notice happening until you flip the phone over and it’s a night-to-day change in colour. As you can see from our pictures, the blue is particularly metallic, all sparkling and lovely in the sun.

But don’t worry, it’s not forever: “Over time, the colour will slowly fade back to its original shade.” Phew. Means it’ll be a never-ending game of fun with the V23 in hand. 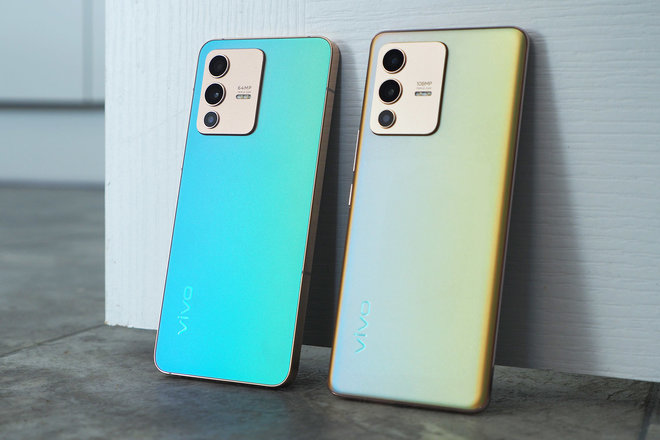 When not exposed to sunlight, there’s still a two-tone quality about the finish to some degree, when held at steep angles. You can discern some difference between that orange and blue at the steepest of angles. Not to the same extremes as when under sunlight, mind, but there is a difference.

The fluorite AG panel is interesting too. Its surface is designed to diffuse reflection, helping it negate fingerprints and sun-spot reflections, giving it an ever so slightly textured feeling. It works, too, as it doesn’t look mucky like so many other glass-backed phones do after handling for mere moments.

Like the sound of the Vivo V23? Well, if you’re not in India then, tough luck, you won’t easily be able to get hold of the handset. 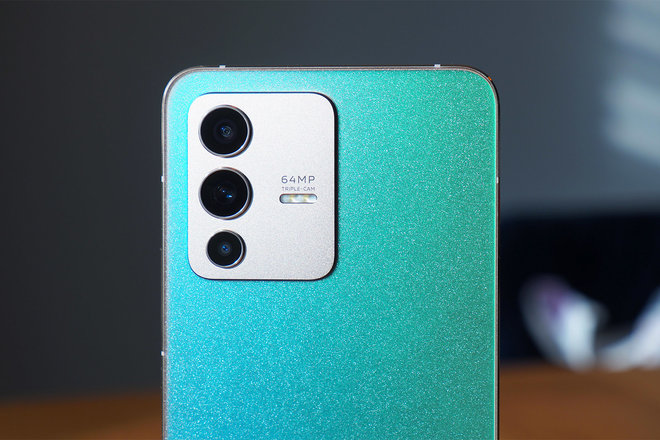 In China there’s a Vivo S12, which is mightily similar to the V23, but doesn’t feature the standout Sunshine Gold, i.e. colour-changing, rear option.

Will we see the V23 series launch elsewhere? The V series just hasn’t been as widely launched across the globe, that’s reserved for the flagship X series, the latest of which is the X70 Pro+ – complete with one very impressive camera array indeed.