I’m always worried about how my computer is running after updating the graphics driver, or after a Windows Update has landed. The best way to put this doubt to rest, is to run intensive tasks, by that I mean having many programs open in the background, or a resource intensive game. 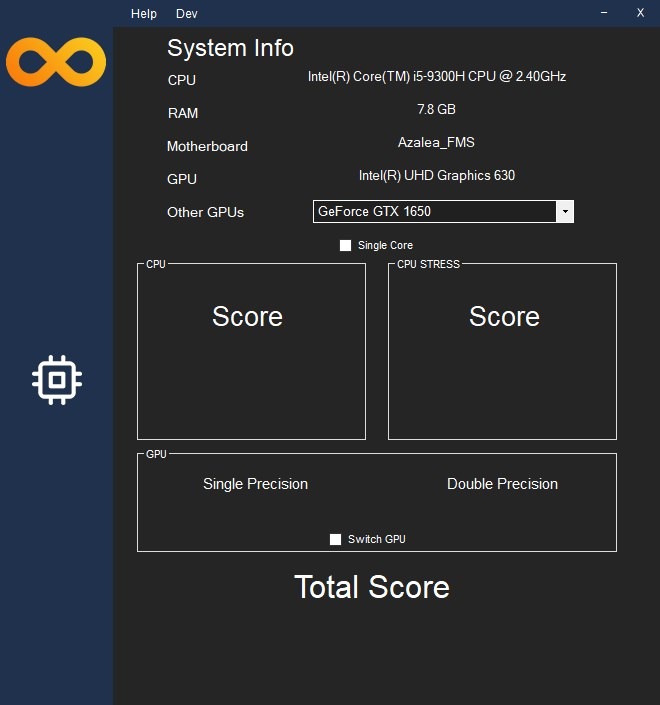 But if you want a simpler way to stress your computer, running a benchmark tool can do the job. Infinity Bench is a free Windows app that benchmarks your computer hardware. The program is pretty much straightforward.

It displays a list of your computer’s key tech specs such as the CPU model, total amount of RAM, your Motherboard make, and your GPU type. Besides the CPU test, the program also analyzes your graphics card’s performance. If you have a multiple graphics cards, you can switch between them and re-run the benchmark. 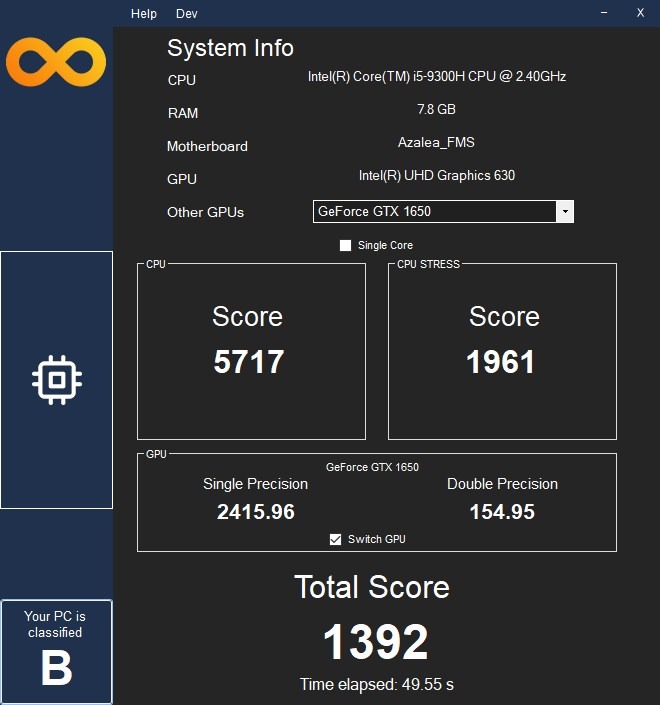 Regardless of what benchmarking tool you’re using, you should always save your data and close all programs, before running the test for best results. Don’t be surprised if your computer’s thermal levels reach high levels, because Infinity Bench really pushes the system’s processing power. To run a benchmark, click on the chip icon to the left side of the window. Sit back and relax, while the tool stresses your PC. The test takes about a minute to complete, though this depends on your system’s hardware capabilities.

The application runs multi-core tests by default, but you can toggle the Single Core button to see how your CPU ranks in it. I should warn you though, the single core test takes a lot longer to complete, and it may appear as if the program has stopped responding. 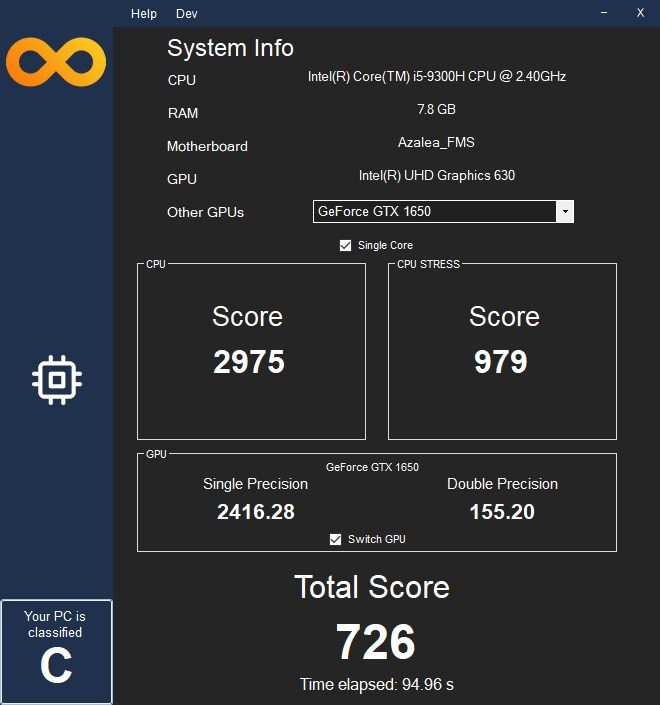 When the benchmark has been completed, Infinity Bench will ask you whether you want to participate in the app’s CPU Charts, i.e., it gives you the choice to share your scores online. You can decline to do so by clicking the No button. 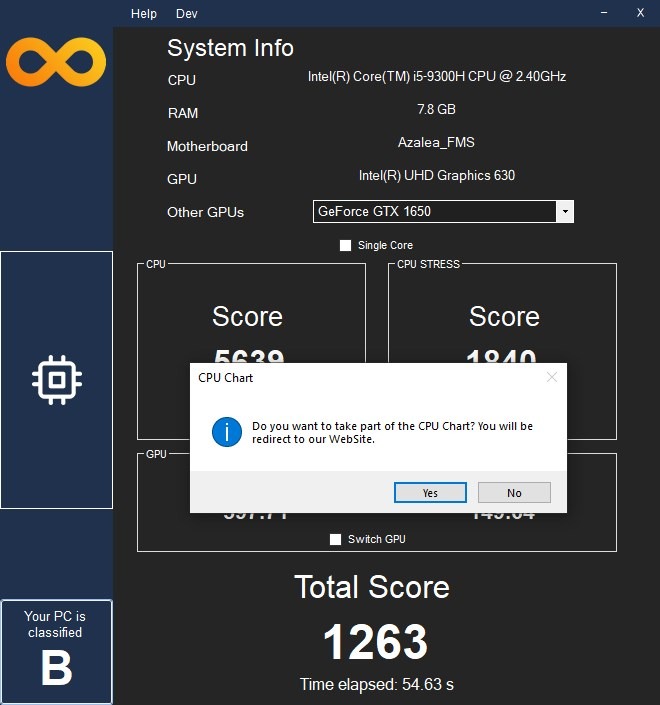 Infinity Bench has a built-in SpeedTest tool, that uses Ookla’s popular internet tool to benchmark your network. While I prefer Netflix’s Fast.com for my speed test needs, having an option built into the program sounds like a nice thing to have. Except, in this case, the tool doesn’t work. You can access the network utility from the Dev menu in Infinity Bench’s interface. The program appears to get stuck while running the test, and never finishes. I tried it with 2 different Wi-Fi connections with no luck.

The benchmark tool has one issue, and this could really annoy users. You cannot cancel a benchmark test once it has begun, you can’t close the program’s window either. The thing that I didn’t like about the program is the lack of an option to export the results, I had to rely on screenshots for observing the differences. I would have liked to see a bit more in terms of technical data, but I suppose keeping it simple can attract more users.

Download Infinity Bench for free from the Microsoft Store.

I don’t have a preference when it comes to benchmarking programs, because each one gives a different result. But I do like the good old Windows Experience Index. What about you, which benchmark tool do you like?

The post Infinity Bench is a free Windows app that benchmarks your computer’s CPU and Graphics performance appeared first on gHacks Technology News.