Windows 10 administrators who want to install WSL, the Windows Subsystem for Linux, can do so running a single command on Windows 10 versions 2004 and later.

Microsoft introduced the enhancement in Insider preview builds back in October 2020, and has now pushed the improvement in recent updates for Windows 10 versions 2004, 20H2 and 21H1.

The enhancement is included in KB5004296, which is an optional update for the listed versions of Windows 10; since updates are cumulative, the new functionality will be introduced on the August 2021 Patch Day to all devices via Windows Updates. Optional updates are installed only on systems if administrators become active, for instance by seeking for the update or downloading it from the Microsoft Update Catalog website.

Microsoft makes no mention of the WSL improvement in the release notes. A post on Microsoft’s Dev Blog by Craig Loewen confirms the inclusion of the new install option for WSL on Windows 10 version 2004 and higher.

All it takes is to open an elevated command prompt and run the command wsl.exe –install to install WSL on the device. By default, Ubuntu will be installed on the device as it is the default Linux distribution if no distribution is specified.

The main advantage of the new method is that the installation is much faster. Previously, you had to install all required components separately on the device. 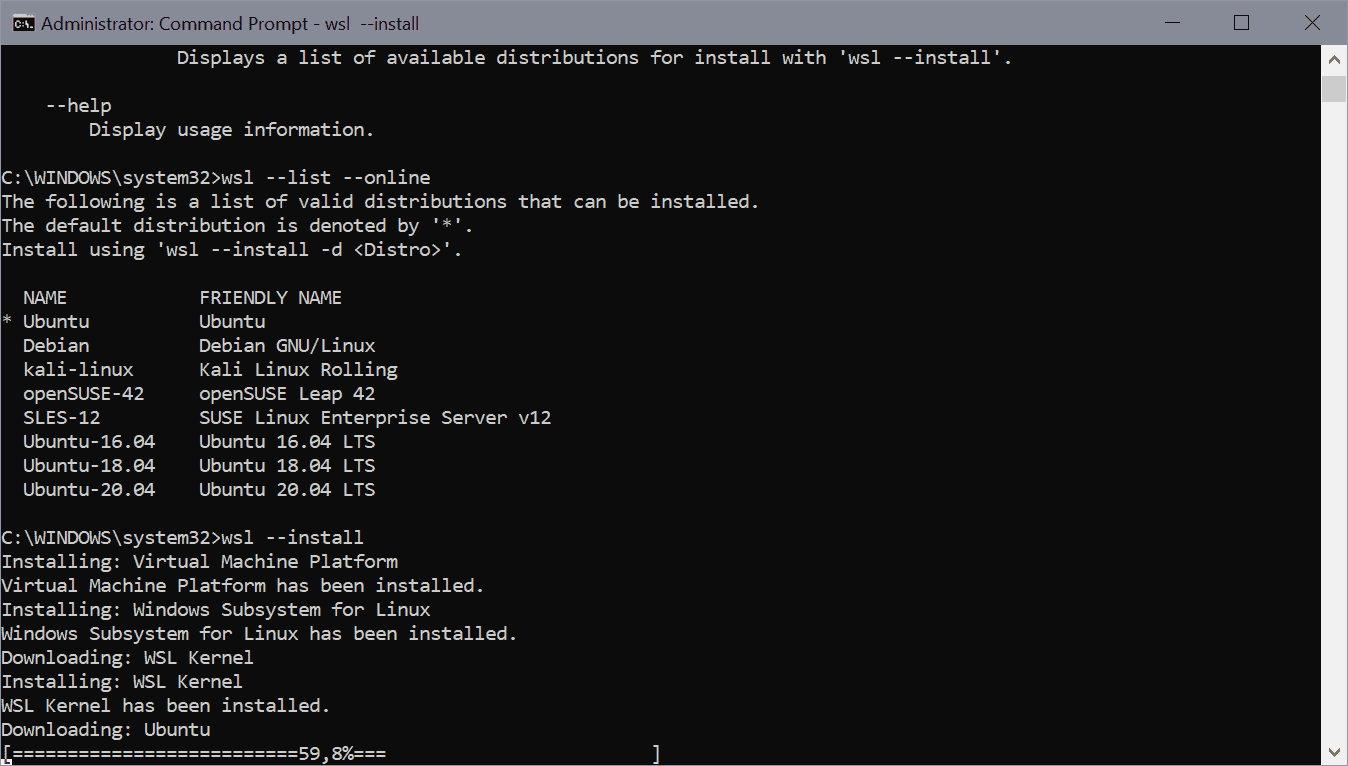 Here is an overview of the commands and what you may use them for. Note that some commands can only be run after WSL has been installed on the device.

The command will install version 2 of WSL on the device. You can check that by running wsl with the status parameter after a successful installation. If you see version 2, the second version of the Windows Subsystem for Linux is installed.

The new commands make it easier to install WSL on a Windows 10 device. The only command missing is uninstall, as you cannot use the command line tool to remove a WSL installation from the device again. Microsoft did not mention if the tool will also be included in Windows 11, but it seems likely.