At CES this year, Intel officially announced its expanded Alder Lake processor lineup, including the performance-laptop focused H-Series chips, which traditionally fit in the 45-Watt range. For the last several processor generations, Intel has started their roll-outs with the low-power laptop parts, and then expanded the range up to and including desktop processors; but for Alder Lake they have flipped this on its head. Instead, Intel first launched desktop processors, such as the Core i9-12900K, and then moved down the range, with the performance notebook processors coming second, and the low-power processors coming later.

Today, we finally get to take a look at the 12th generation H-Series processors and see how they stack up to not only Intel’s previous 11th generation Tiger Lake platform, but also AMD’s Ryzen 5000 Mobile series. If you’ve not yet taken a look at the initial Alder Lake desktop processor review, definitely check that out since Alder Lake is a big departure from Intel’s traditional CPU design. Featuring a new hybrid CPU design with performance (P-cores) and efficiency cores (E-cores), the new design is more characteristic of what you would see in a smartphone platform, except Intel’s efficiency cores offer almost Skylake levels of performance and should not be disregarded. 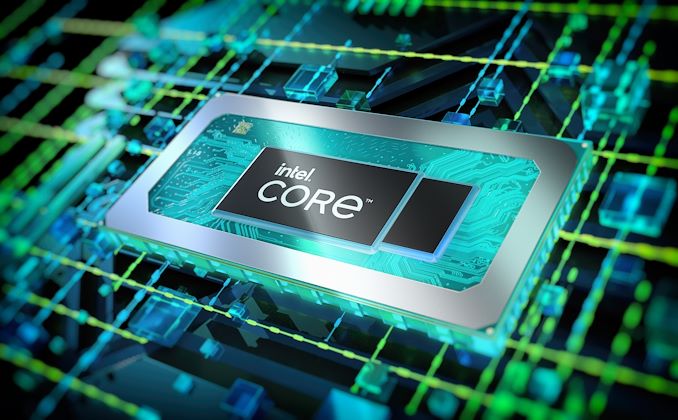 Combined with Windows 11, Intel is hoping to improve multi-tasking performance with not only more cores, but also with Windows 11 being able to park jobs that are not in the foreground on the efficiency cores, leaving the performance cores available for the user to avoid system responsiveness problems even when the system is heavily loaded.

Intel is putting its best foot forward, as expected, by supplying the MSI Raider GE76 system for performance testing. This 17-inch desktop-replacement machine is nearly always at the top of all notebook performance comparisons, and for 2022, MSI has kept the chassis the same, save for adding in Alder Lake as well as the latest NVIDIA RTX 3080 Ti Laptop GPU. We recently reviewed the Tiger Lake version of this notebook so if you want to learn more about the device, please check that review out. The Tiger Lake version was the fastest notebook we had ever tested, so expectations are high with the new Alder Lake refresh. We will be covering some of the same aspects here as well.

And for those that follow MSI, be aware that for 2022 they are moving the laptop name ahead of the model number, so it is now the Raider GE76, whereas last year it was the GE76 Raider.

MSI checks all the boxes for 2022. Featuring the Core i9-12900HK, 32 GB of DDR5-4800 memory, the newest NVIDIA RTX 3080 Ti Laptop GPU, and not one but two Samsung PM9A1 1 TB NVMe PCIe 4.0 drives. MSI has improved their cooling solution for 2022 with a new Phase Change thermal pad as well, allowing the system to wick heat away from the hot components into the cooling system with even more efficiency.

At the top of the Alder Lake laptop product stack is the Core i9-12900HK processor. It features six of the new Golden Cove P-cores and eight of the new Gracemont E-cores. The P-Core can turbo up to 5 GHz, while the E-Core caps out at 3.8 GHz. The processor has a nominal TDP of 45 Watts – though in the case of our Raider, the TDP appears to be set closer to 75 Watts out of the box – with a peak turbo draw of up to 115 Watts. It offers up to eight lanes of PCIe 4.0 for graphics and two sets of four PCIe 4.0 lanes for storage, along with an additional twelve PCIe 3.0 lanes. 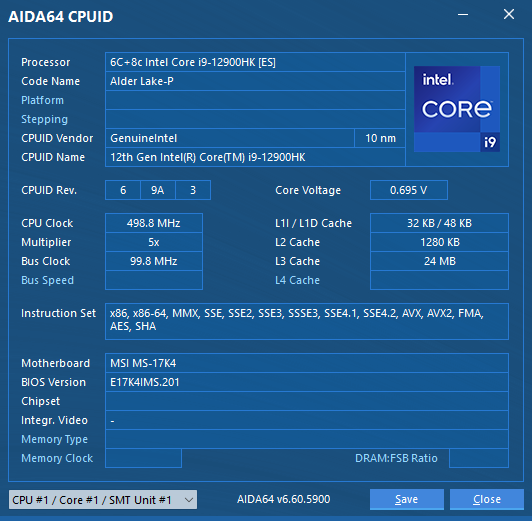 One of the big changes for Alder Lake-H is that Intel has taken a page from the design for their U/Y/P series chips and moved the formerly separate PCH on to the processor package itself. This essentially reduces Alder Lake-H to a single package solution, as like its other mobile brethren, no external silicon is required to provide necessary I/O functionality. By reducing ADL-H to a single package, this will allow for smaller form factor designs, as well as reducing the footprint that needs to be cooled. 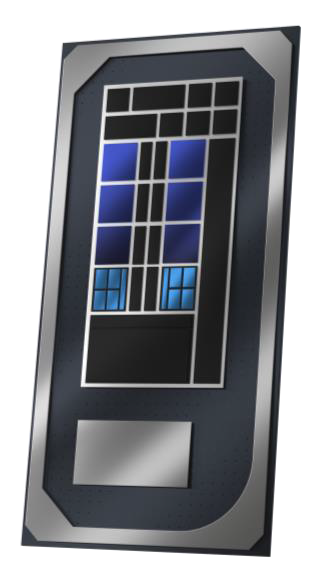 The new processor can support up to 64 GB of memory, and supports DDR5-4800, LPDDR5-5200, DDR4-3200, and LPDDR4-4267. There are a plethora of PCIe lanes available with eight PCIe 4.0 lanes for graphics, two sets of four PCIe 4.0 lanes for storage, and an additional twelve PCIe 3.0 lanes. It can’t quite match a desktop processor and chipset, and the laptop processors do not have support for PCIe 5.0 yet unlike their desktop counterparts, but it is still a significant amount of expansion available. There is also support for up to four Thunderbolt 4 ports for external I/O. 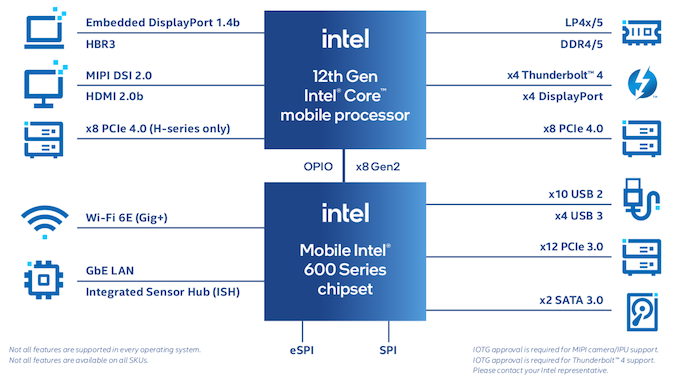 On the graphics front, the Core i9-12900HK offers Intel Iris Xe graphics with 96 Execution Units on tap with a peak GPU frequency of 1.45 GHz. This is a big step up in terms of integrated graphics from the Tiger Lake H-Series, which only provided 32 Execution Units of Intel UHD graphics. Laptop buyers will be unlikely to find the H-Series where it is not paired with a dedicated graphics card, but it is nice to see that the latest Alder Lake lineup does get access to the top-tier graphics regardless.