This article should help many of you looking for a mid-range gaming and work laptop, as it takes an in-depth look at the two mainstream processors available right now (as of mid-2021 and later) from Intel and AMD, in the same chassis and same overall configurations (same RAM, storage, and GPU).

The test laptops are the Asus TUF Gaming series, the A15 based on AMD and the F15 based on Intel, both mid-range laptops starting at under $1000. That’s not that important for the purpose of this article, though; what matters is that we’re testing these two CPUs in the same mid-level chassis, with almost the same thermal design and the same configurations. Both units came with 16 GB of single-rank RAM in dual-channel, SSD storage, and Nvidia RTX 3060 Laptop 90-95W dGPUs.

So what I’m trying to say is that this article will be useful as a whole when trying to figure out which of these two processors should you opt for on a mid-level laptop in 2021 and later, regardless of the brand and type of laptop that you end-up choosing.

With that out of the way, here’s a quick look at the specs sheets of these two processors. 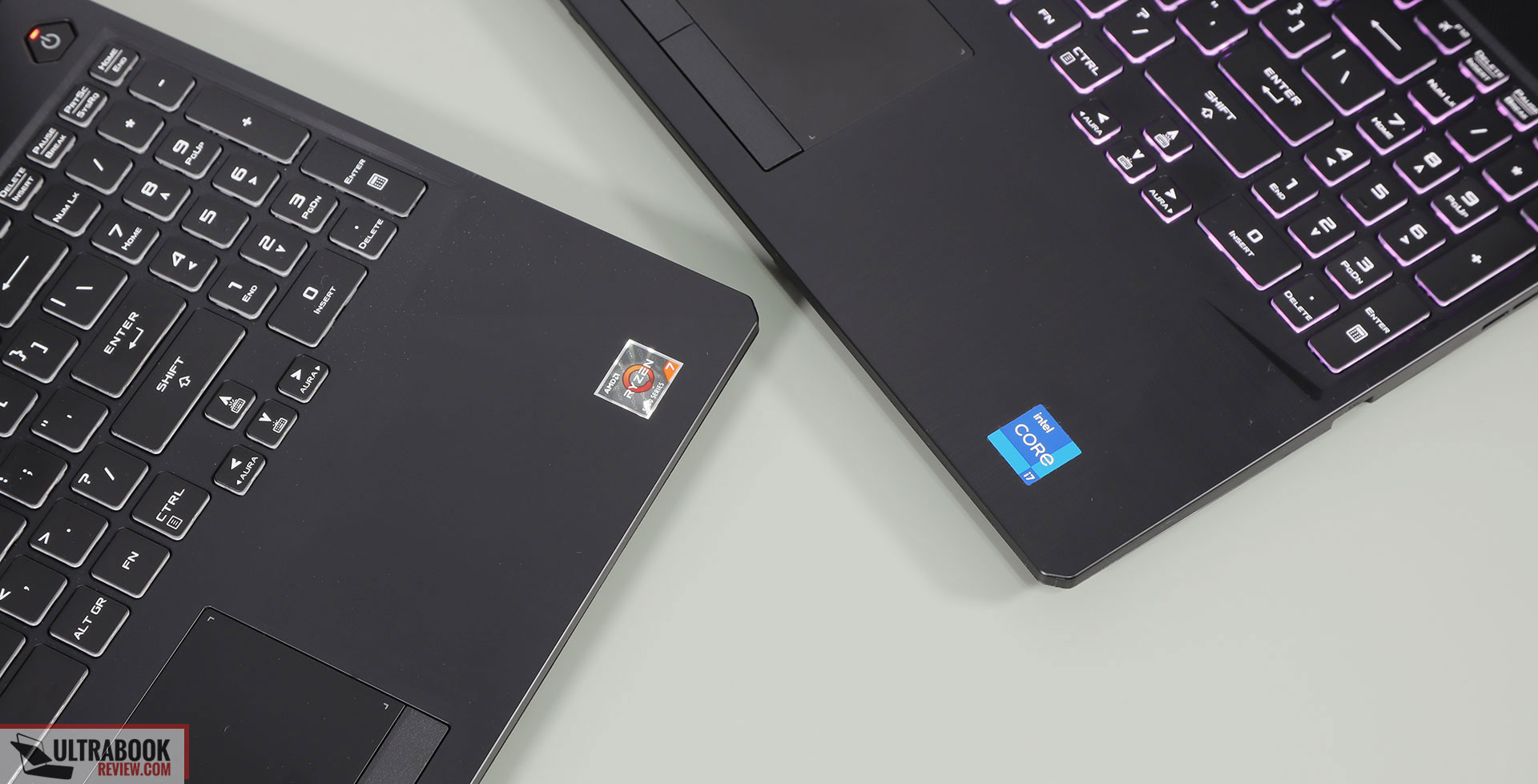 So as mentioned already, both these chips are 8C/16T and capable of reaching similar frequencies. The i7 has on paper a lower Base Clock, but that’s not important, as in real-use frequencies are always influenced by Turbo Boost. In fact, both these processors run at higher than default TDPs in most modern laptops, and are highly dependant on the power settings applied by each manufacturer, which on their own depend on the internal VRM design of each motherboard and the thermal module that the OEMs opted for. The more capable the design and thermal module are, the higher power these processors can run at in sustained loads, and thus the higher the performance they can deliver on.

What this means is that not all laptops are created equally and if you’re looking for a computer capable to maximize the performance of these CPUs, you should look into reviews for details on the power settings and how each product fares in demanding loads and games, based on what you’re looking for.

Before we get to talk about some benchmarks and performance numbers on our TUF Gaming samples, I should also add that the fact that Intel is built on a 10 nm lithography and AMD on a 7 nm can be a little misleading, and that’s because you cannot directly compare the technologies used by Intel and TSMC (which makes the AMD processors). In general, though, Intel’s 11thn gen processors tend to require a little more power than AMD’s for peak performance, and are also less efficient with daily use, something you should consider if you plan to use the laptop unplugged often.

At the same time, the Intel architecture benefits from a few technology advancements, mostly because it has been launched a few months after AMD launched their Cezanne architecture. Among those, there’s an increased amount of Cache memory, support for faster PCIe gen4 storage and a direct CPU connection for the SSDs, better WiFi 6+ integration, and a couple of Intel proprietary perks, such as Thunderbolt 4 or QuickSync, among others. These might not matter to most of you, but can make a difference for creators and workloads that would benefit from faster storage, Thunderbolt 4, or QuickSync in let’s say the Adobe suite of programs.

As mentioned earlier, we’re looking at two identical test laptops here, one built on in Intel Core i7-11800H platform and the other on an AMD Ryzen 7 5800H. Both are bundled with 16 GB of single-rank dual-channel memory, SSD storage, and the exact same kind of RTX 3060 Laptop dGPUs, and both are the same chassis and almost the same thermal module design. So this is as much of an apples-to-apples comparison of these two processors as it can be. 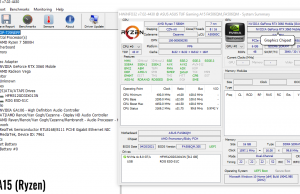 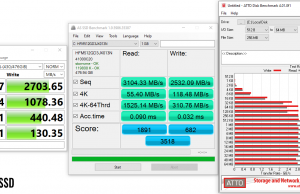 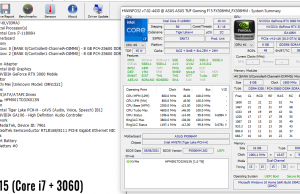 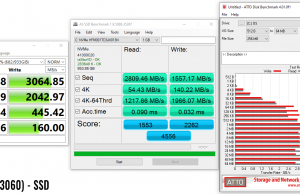 Oh, and we’re also testing these with the same GeForce drivers and Asus software available in each case as of late July 2021.

So with that out of the way, we’ll first touch on the sustained CPU performance in the Cinebench loop test, which runs the same test for 15+ times in a loop, with 1-2 sec delay between each run.

We’re looking at similar performance between the two on the top Turbo profile, but 2-4% higher sustained scores on the AMD model, despite the fact that it runs at lower sustained power of 74+W, while the Intel model runs at 79+W. This allows the AMD unit to run slightly quieter, with the fans ramping up to 42-43 dB at head-level, while they ramp to 44-45 dB on the Intel models. The temperatures are the same in both cases, in the high-80s.

There are also quieter profiles available in both cases, but those we’re discussing in the A15 vs F15 review article. 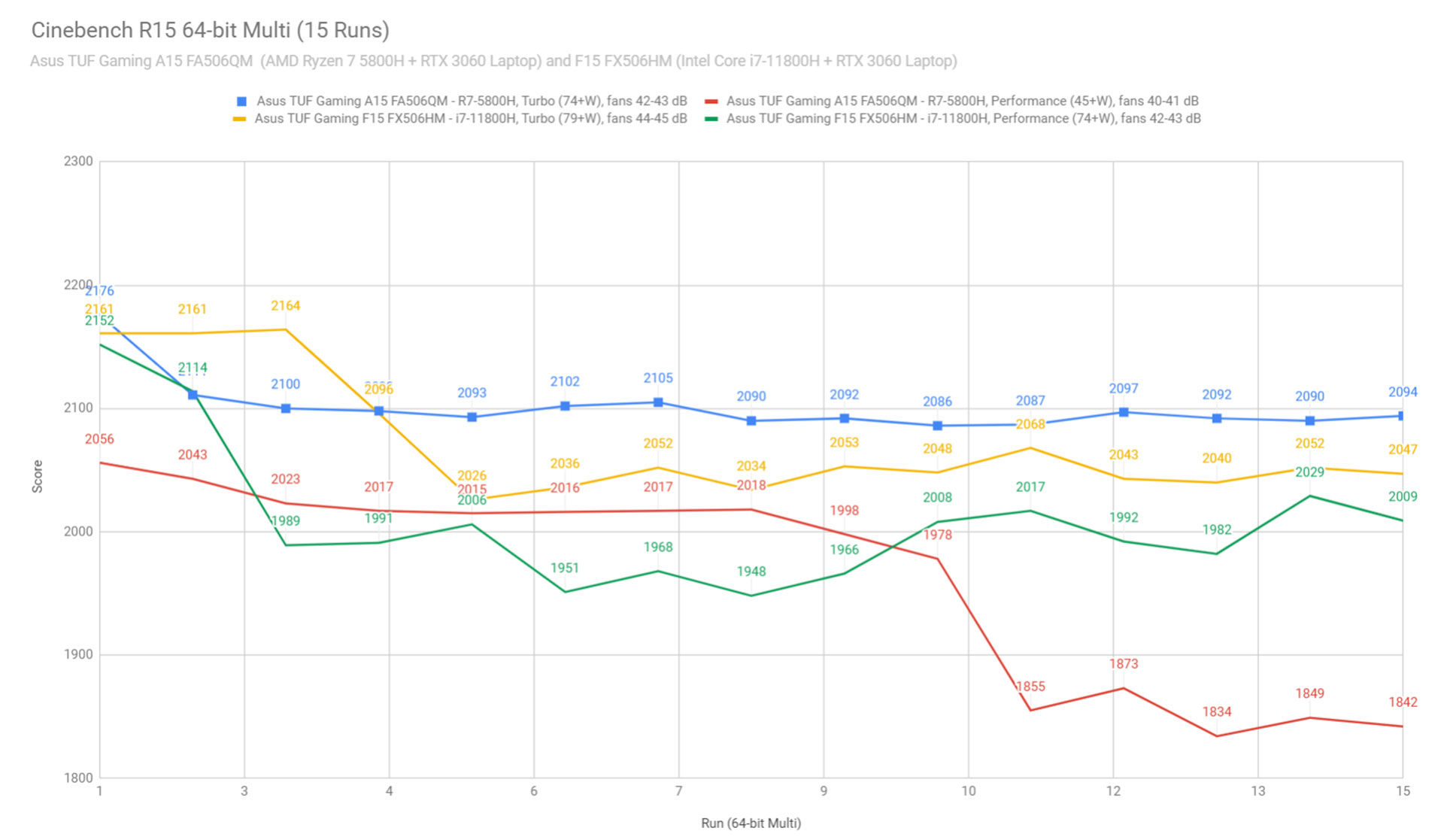 We’ve also confirmed these findings in the more taxing Cinebench R23 test, in which case the CPUs ended running at the same 74+W and 79+W sustained TDPs, but in this case, the Intel CPU scored a little higher than the AMD. 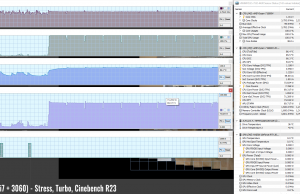 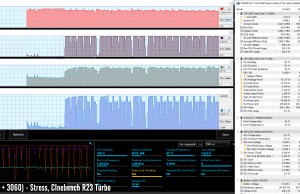 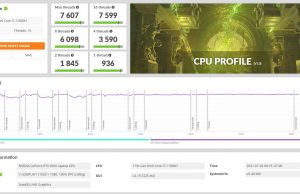 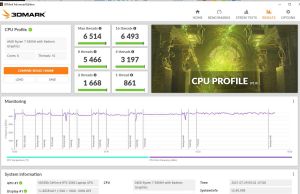 In fact, the i7 tends to win most of the benchmarks we ran on our review units, as you can see below. There was a higher capacity and faster SSD on the Intel model, which slightly impacted the scores in PassMark and PCMark, but not the others.

We also ran some Workstation related loads, on the same Turbo profiles. The differences are small, but once more favor the Intel configuration.

It’s very important to mention that both these TUF Gaming laptops are running on the exact same kind of memory, a 2x 8 GB kit of Micron 4ATF1G64HZ-2G2E2. This kit works in dual-channel but is also one of the newer Single Rank sets of memory, which we know it has a significant impact on some benchmarks and games.

I don’t have a set of Dual-Rank memory to test on these TUFs right now, but replacing the default memory would improve some of these scores and might even bring the Intel and AMD options closer in results.

I’m looking into further testing the impact of single and dual rank RAM on these two processors in a following article.

For now, though, this is what you should expect from the i7-11800H and the R7 5800H in terms of benchmarks and overall performance in a mid-range implementation with 2x 8 GB of single-rank memory.

We also ran a couple of games on our two units, to see how the two CPUs impact the experience in this case. Once more, both units are running on the same kind and amount of RAM and same Nvidia RTX 3060 Laptop dGPU at 80 to 95W of power with Dynamic Boost 2.0, in the supported titles.

Here are some findings at FHD resolution and on the Turbo profile, and we’ll discuss these further down.

Those above are rasterization-only tests, and here are some results for RTX titles.

Once more, there’s a small advantage of up to 10% in some titles for the Intel configuration.

However, we noticed quite significant differences between how the two systems handle the various games and the way they shift the power between the CPU and GPU with Dynamic Boost 2.0. For the most part, the Intel model tends to allocate more power to the CPU and take out from the GPU, and that results in 5-10W lower GPU power. Given the Intel configuration is newer and drivers might further tweak this aspect, it is possible for the framerates to improve even further on the Intel model. 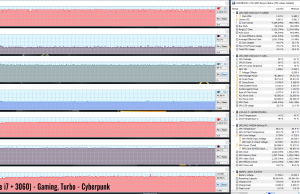 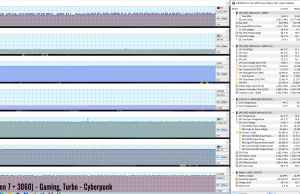 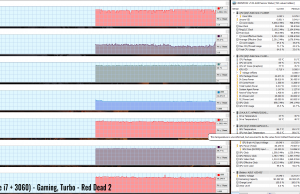 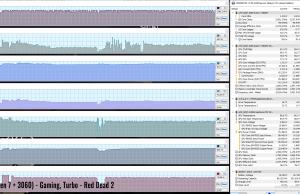 And while the power allocations vary between the different tested titles, as a whole, the Intel model tends to allocate 5-10W more combined CPU+GPU power to the components, and that’s why it runs internally hotter, especially on the GPU side. We’ll further touch on that in the detailed review comparison of these two TUF Gaming laptops, which, for what is worth, are known for not being the most capable thermal designs in their niche.

Battery life is one final aspect I’d like to touch on here, especially with daily use activities and video streaming.

The AMD configuration wins here by a fair margin, delivering 9-12 hours of Youtube and Netflix streaming on a charge, while the Intel variant only lasts for 6-8 hours. The differences are smaller when it comes to browsing and word-processing and everyday multitasking, with the AMD option still lasting longer, but by a small margin.

With games and demanding loads, though, don’t expect more than 1-2 hours of use on a charge, paired with reduced performance over what these notebooks deliver while plugged in. 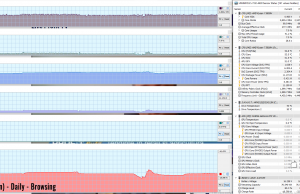 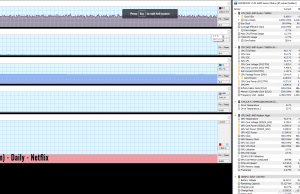 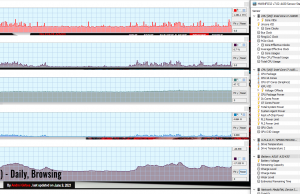 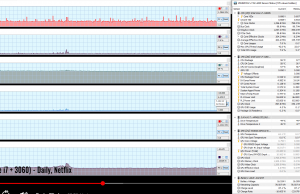 You won’t go wrong with either of the Intel i7-11800H or the Ryzen 7 5800H processors in your next laptop. They’re very close in terms of overall performance, with only a slight advantage for the newer Intel CPU, but don’t forget we’ve tested these with SR memory, and upgrading to faster RAM might bring the two closer together. Again, that’s a topic for a future article.

The AMD platform has an edge over the Intel counterparts in overall efficiency, which translates in longer runtimes, overall lower power consumption, and lower temperatures, possibly corroborated with more reduced noise levels.

The Intel platform benefits from the higher CPU clocks, extra Cache memory, and some technology improvements, such as support for faster storage, Thunderbolt 4, Quick Sync, which might matter to some of you. You’re also going to find the Intel CPUs in a winder selection of laptops, including premium higher-tier models, while the AMD SKU selection remains more limited, even if it’s a lot better than in the past.

Of course, pricing will play a final role in your decision as well, and I expect the AMD configuration to have an edge here, as an older platform that might see more discounts than the more recent Tiger Lake models. In fact, as noted in the comments (thanks Bryan!), there’s a good chance you will be able to get a Ryzen 9 5900HX configuration for the same kind of money you’d be paying for an i7-11800H, at least for now, in mid-August 2021. That R9 should be a little closer in performance to the i7, thanks to the minimally higher clocks, but won’t make up for the platform improvements offered by the Intel Tiger Lake hardware over AMD’s Cezanne.

In the end, I’d also recommend looking past this Core i7-11800H vs Ryzen 7 5800H feud when choosing your next laptop, and consider all the other aspects that will influence your life with your computer, from the build quality to inputs and screens and everything else. We cover all those in our in-depth reviews, so make sure to check them out.