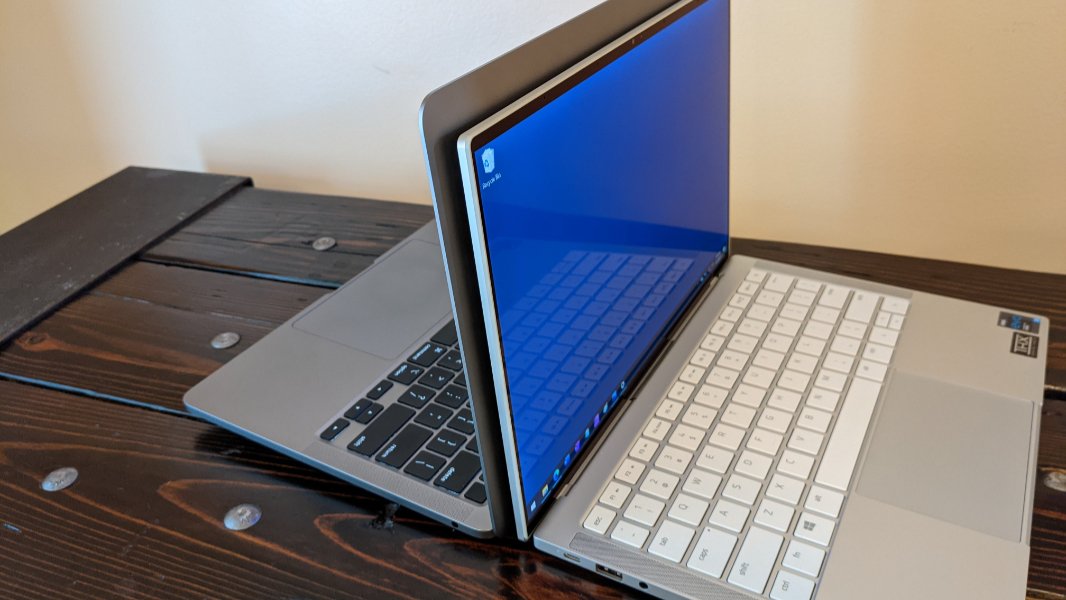 For the past two weeks, I’ve been using an Intel Evo-based Razer Book 13 and an Apple M1-based MacBook Pro, pitting the two head-to-head in various ways. Two weeks isn’t enough time to fully review products such as these, of course. But I’ve been reviewing portable computers for over 20 years, and each time I interact with that kind of device, I’m silently sizing it up and identifying its advantages and disadvantages. And as my experience grows, so too does my opinion. And I feel like it’s time to offer up some preliminary observations of how the two compare.

First, I need to fully disclose how I found myself in this position: Intel contacted me—and, I assume, other reviewers—about performing independent comparisons of one or more Intel Evo-based portable PCs with an M1-based MacBook Pro. To its credit, Intel has remained hands-off during this process, aside from a virtual meeting in which the company explained its stance on Apple’s M1 silicon and its use in new Macs, and how it feels that Intel-based PCs products compare.

I’ll be discussing that aspect of this comparison next. For now, I’ll just say that I’m delighted that Intel is finally standing up to the tsunami of news coverage that the first M1-based Macs have generated and appears to be in the same place I am now that M1 dust has settled, so to speak. That is, what Apple has accomplished with its M1 silicon is indeed impressive, but whatever advances it brings to the Mac don’t really change the equation when it comes to choosing between that platform and a PC: At the end of the day, an M1-based Mac is still just a Mac. And that may be interesting to you, or not, based on your experiences and predilections. But I don’t feel that there’s much the PC world can learn from Apple’s success here, since the two markets are so different.

I’m also delighted that Intel is far more interested in real-world usage than it is in benchmarks because that’s where I land as a reviewer. Benchmarks don’t measure real life, but they’re also lazy. You need to use products to fully understand them. And you can only do that accurately over some period of time, and ideally in real-world conditions. Which, granted, are harder now during the pandemic, when traveling is next to impossible. Harder but not impossible.

Anyway, if you’re familiar with my hardware reviews, you probably know that I evaluate a list of criteria that varies a bit by device type but will include discussions about the design, display, internal components, connectivity, expansion, and other important topics. And while I will be doing so for both of these portable computers sometime in the coming weeks, here I will be doing more of a comparison between the two.

And that requires another bit of explanation. When Intel first contacted me, they offered to provide up to five PC review units. But I opted to go with just one, the Razer, which I chose mostly because I’d never reviewed one of its products. The other PCs that Intel offered were devices I already had in for review or soon would. And, let’s face it, thanks to my more painful approach to reviewing, I don’t exactly bang one of these things out every three days as some reviewers do. I’m behind on reviews enough as it is, so I went with just the one.

Anyone suspicious of this specific comparison, or this type of comparison, will thus be quick to point out that the two computers don’t line up 100 percent equally; the Razer has more RAM than the MacBook Pro, for example. And … sure. There’s nothing I can do about that since I didn’t buy these computers myself. I got what I got. But again, over 20 years of experience. And whatever you think of my opinions of Apple or any other company, at least give me this: My reviews are fair. I’m not here to tilt the board for one side or the other. I’m legitimately curious how this will turn out, and while I go into this comparison with my own opinions and biases just like anyone else, I’m open to any outcome.

As premium PCs, the Razer Book 13 and Apple MacBook Pro (M1) both exude the right mix of good looks and quality construction. But the Mac is the more classic of the two, and certainly the more readily identifiable. And I happen to prefer its dark Space Gray color to the more pedestrian silver of the Razer, though Apple fans can choose that option with the Mac as well. 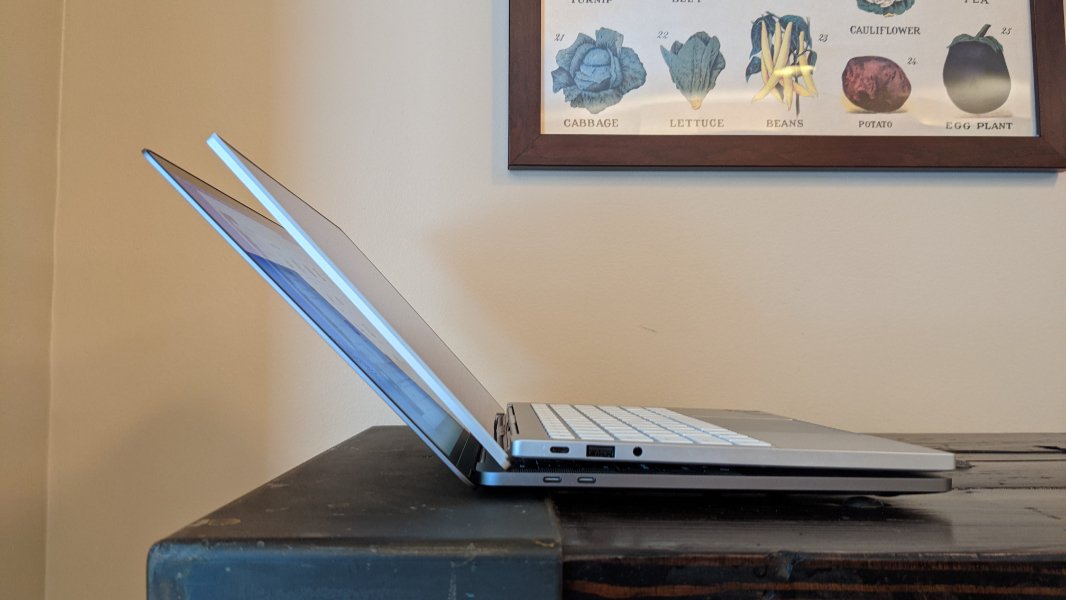 Beauty is, of course, subjective, but there are elements of design that impact usability too. Both portable computers have a notch in front of the touchpad in the center of the keyboard deck, providing just enough room for a finger so you can open the display lids with one hand; the Mac is a bit easier to open. But the Razer is smaller than the Mac, and its display bezels are much smaller than those on the old-school MacBook Pro. Here, Apple’s design isn’t so much classic as it is long in the tooth. 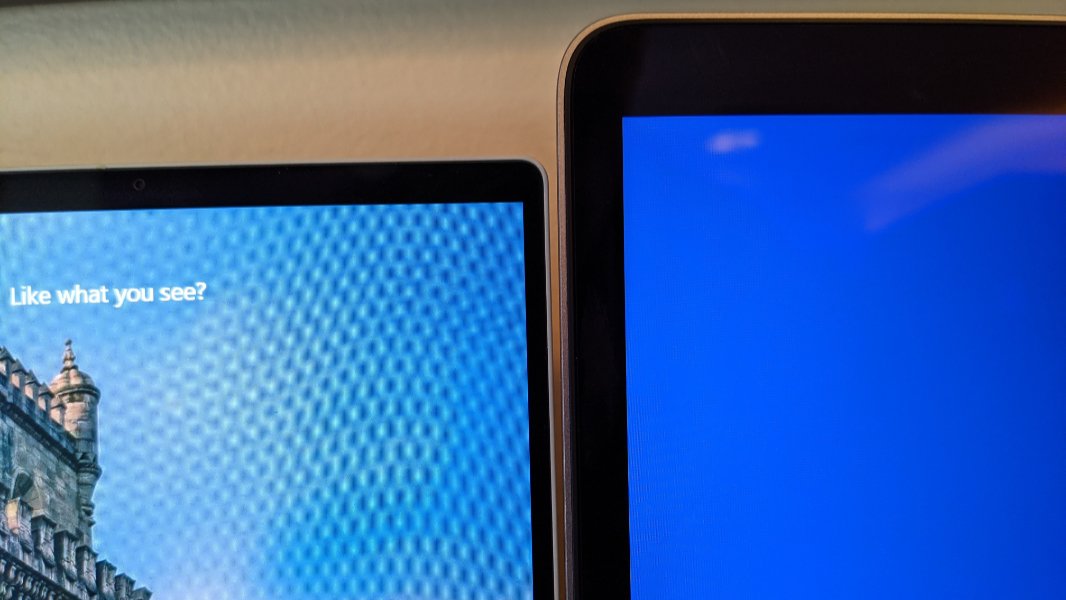 Speaking of the displays, both are excellent, though there are some key differences. The Mac’s display is brighter, much brighter, and it has Apple’s excellent True Tone capabilities for providing accurate color in any lighting condition. But for productivity work, I prefer the Razer’s matte panel over the Mac’s glossy panel.

Internally, Apple’s move to the M1 architecture makes some comparisons a bit difficult. The MacBook Pro is powered by the M1 system-on-a-chip (SoC), which provides CPU cores, integrated graphics cores, machine learning cores, and RAM in a single 5-nm package. There are some advantages to this approach, of course, but it also means that you need to specify how much RAM you want at purchase time: It’s impossible to add RAM to an M1-based Mac later.

The Razer Book 13, by comparison, is powered by a more traditional platform that includes an 11th-generation Intel Core i7-1165G7 processor, a 10-nm design, plus 16 GB of RAM in