In an attempt to enter the discrete graphics market, Intel today announced the new Iris Xe MAX graphics. Made for thin and light notebooks, the new Iris Xe MAX is based on the Xe-LP microarchitecture. If you remember, the chip-maker had announced the Iris Xe graphics alongside the latest 11th-Gen Core mobile processors during the Intel Architecture Day event. With the aim of addressing “an emerging need for content creation performance in thin-and-light laptops,” the company is banking upon two major capabilities. First is Intel’s Deep Link technology as part of Intel Adaptix and second is the support for PCIe Gen 4.

Intel says that the CPU is rarely optimized in thin-and-light laptops paired with third-party discrete graphics. Deep Link’s Dynamic Power Share will enable all the power and thermal resources to be dedicated to the CPU when the discrete GPU is idle, thereby resulting in up to 20% better CPU performance during a sustained task like executing a final render. The new Iris Xe MAX graphics will also deliver improved 1080p gaming on popular games. For gamers, Intel is also adding two new features- Game Sharpening and Instant Game Tuning. These features will be available through the Intel Graphics Command Center. You can check out the performance numbers below: 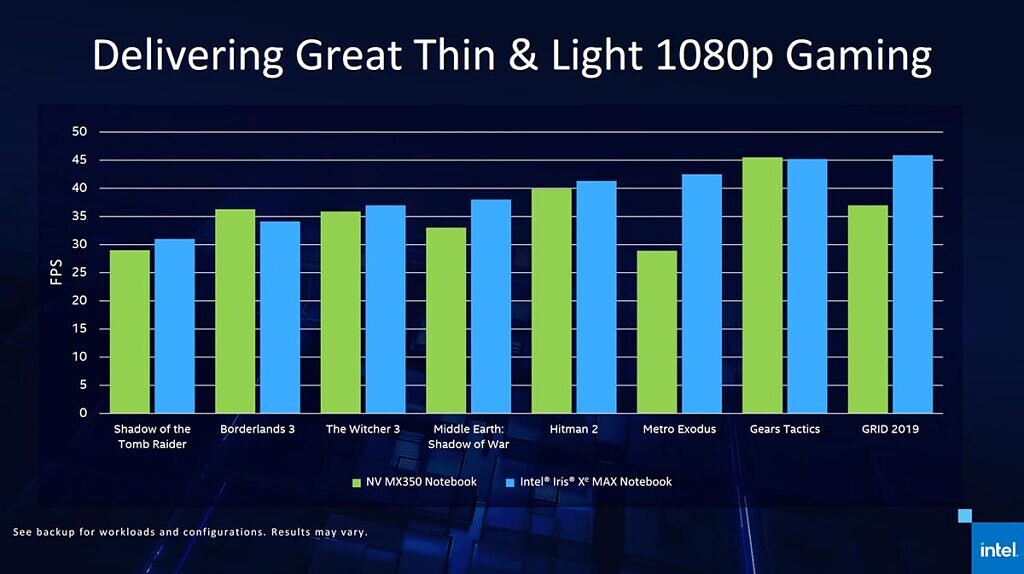 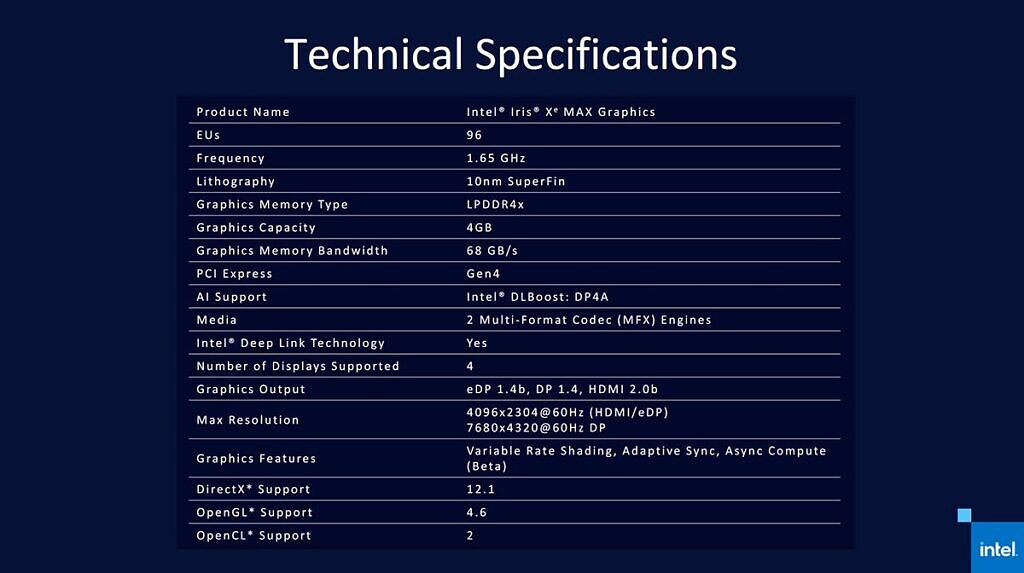 The all-new Iris Xe MAX graphics along with the newest 11th-Gen Intel Core Mobile processors will be available starting today. The Acer Swift 3x, Asus VivoBook Flip TP470, and Dell Inspiron 15 7000 2-in-1 will be the first three devices featuring the new hardware. Furthermore, Intel plans to launch entry-level discrete to high-end gaming and data center graphics for HPC and AI workloads. It is also working with partners to bring Xe-LP-based discrete graphics for affordable desktops in the first half of 2021. Additionally, the Xe-LP based Intel Server GPU will be shipping this year while the Xe-HP and Xe-HPG products are scheduled to arrive next year.