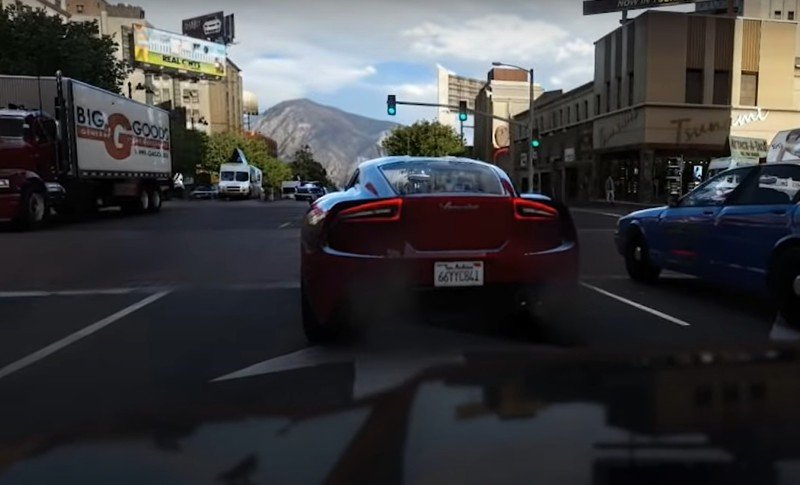 You would think that a game released on the Xbox 360 back in 2013 would be starting to show its age by now — and if you’re only looking at the vanilla versions Rockstar has released, you’d be right and see that age in an instant. However, technological masterminds have used the game as a testing ground for all sorts of groundbreaking visual mods and graphics experiments over the years, with the latest bringing GTA V arguably as close to photorealism as any game’s ever come.

Three members of Intel Labs have come up with “an approach to enhancing the realism of synthetic images.” This trio consists of Stephan R. Richter, Vladlen Koltun, and Hassan Abu AlHaija (who worked on the project as an intern at Intel Labs).

Their work has been published in an in-depth report analyzing the utility of machine learning in improving synthetic visuals. That’s a fancy way of saying that the three men have figured out how to produce hyper-realistic graphics in video games.

Mind you, the implications of this research are huge and extend well beyond GTA V or video games in general. But the video game applications for this technology shouldn’t be undersold, either. Companies’ dogged pursuits of photorealism in video games could be helped greatly if the research by Intel Labs is expanded upon.

There are caveats to the current demonstration of the potential of machine learning in gaming. Here’s a key bit from the project’s paper: “Inference with our approach in its current unoptimized implementation takes half a second on a Geforce RTX 3090 GPU.” In other words, this technology isn’t ready for mainstream gaming efforts. Still, the fact that the method works as well as it does on one of the current best graphics cards for gaming implies that the gaming industry could be close to making such methodology commercially viable in the near future.

You can see a lot of data from the project over on GitHub, where Intel Labs has published content related to the research. Perhaps there’s enough info there for future iterations of this project to come to fruition at the hands of excited modders, well before the mainstream giants start tackling such processes. Who knows what the future of GTA V graphics mods looks like, now that this technological leap has been made public?