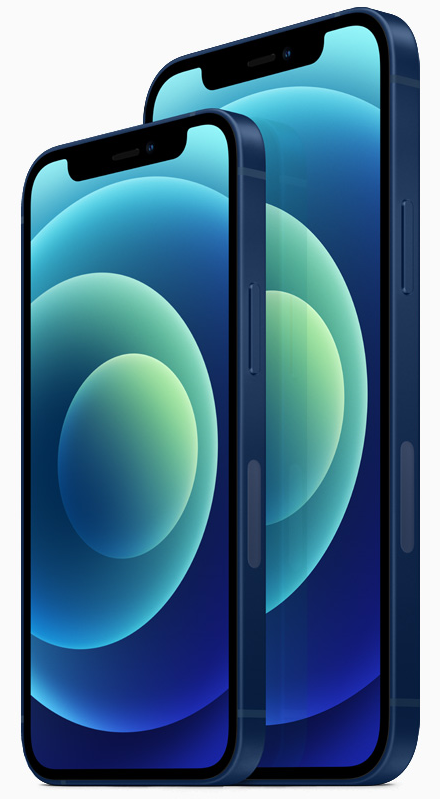 A new line-up of iPhones has arrived. Apple has launched four new smartphones today – the iPhone 12, iPhone 12 Mini, iPhone 12 Pro and iPhone 12 Pro Max. With four new devices, Apple is targeting not only different price brackets, but also entirely different buyer segments which are divided over a phone’s size, camera prowess, and other meaningful attributes. The most popular ones will likely be the compact iPhone 12 Mini and the vanilla iPhone 12, thanks to their compelling hardware, and of course, a more accessible asking price. So, how these two devices actually stack up against each other? Let’s find out:

During the launch presentation, Apple mentioned that the iPhone 12 Mini is identical to the vanilla iPhone 12 on almost every front. You get the same fire-breathing A14 Bionic processor, identical camera hardware and upgraded connectivity suite. The key difference between the two is their size and heft. The iPhone 12 Mini, as the name makes it abundantly clear, is smaller and lighter than the iPhone 12. In fact, Apple is calling it the smallest and lightest 5G-ready phone out there.

Coming to the display, the iPhone 12 Mini offers a 5.4-inch Super Retina XDR OLED display. The resolution is 2340×1080 pixels, which translates to a pixel density of 476ppi. The iPhone 12, on the other hand, packs a larger 6.1-inch OLED display with the Super Retina XDR technology and a resolution of 2532×1170 pixels, which translates to a slightly lower pixel density of 460ppi.

The panel on both the Apple offerings is HDR-ready, offers a peak brightness of 1200 nits (HDR), and delivers a contrast ratio of 200,000:1. The two phones employ the Ceramic Shield front and have a rear panel that is made out of glass while the frame is all aluminum. Also, both the phones are IP68-certified and are claimed to last up to 30 minutes at a maximum depth of 6 meters.

iPhone 12 Mini vs iPhone 12: Of course, a smaller battery!

Another major difference between the iPhone 12 Mini and iPhone 12 is the battery capacity. Apple claims that its latest ‘compact’ phone can last up to 15 hours of video playback on a single charge, while the iPhone 12 increases that number to 17 hours. Both the devices can be juiced up at a peak 15W output using the MagSafe wireless charger, or at 7.5W with a Qi-certified charger. As for wired charging, the 20W charger (that Apple sells separately) will take both the phones from 0-50% battery in just 30 minutes.

With the differences out of the way, let’s briefly talk about what the two phones bring to the table. Apple has equipped the two phones with its 5nm-based A14 Bionic chip that is claimed to offer a big jump in raw processing power and graphics prowess. As expected, Apple has not revealed the RAM and capacity of battery it has fitted inside the two iPhone 12 and its Mini sibling.

Both the devices pack an optically-stabilized 12MP (f/1.6) primary camera with a 5-element lens and a 12MP (f/2.4) ultra-wide snapper that offers a 120-degree field of view and employs an upgraded 7-element lens assembly. The optical zoom output is capped at 2x, while digital zoom goes up 4x on both phones. With the iPhone 12 series, Apple is enabling Deep Fusion as well as Night Mode for the ultra-wide-angle camera, and is also bringing the new Smart HDR 3 tech to the table.

Wireless connectivity is handled by 5G (both sub-6GHz and mmWave), Wi-Fi 6, Bluetooth 5.0, and NFC. Additionally, the two phones come equipped with the in-house U1 chip that relies on Ultra Wideband tech for spatial awareness. Coming to cellular connectivity, the iPhone 12 and iPhone 12 Mini support dual-SIM (nano‑SIM and eSIM) functionality. On the software side, both the devices will run iOS 14 out-of-the-box.