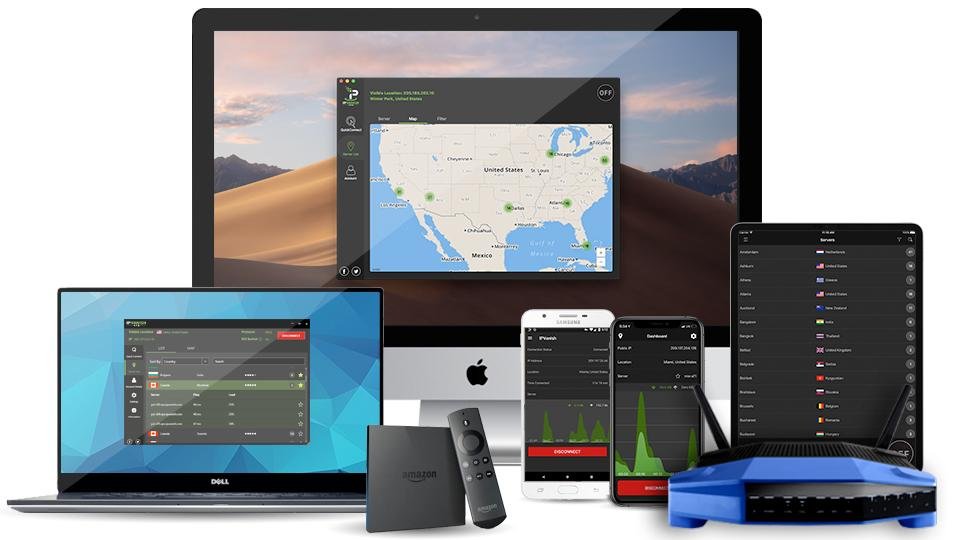 IPVanish might not be the best choice for complete anonymity, but if you’re looking for speed you can’t do much better

Pros Excellent speeds, both local and transatlanticUnblocks US streaming sitesCan be used on unlimited devicesCons US location isn’t ideal for privacyApp is a little clunky and basicPrice goes up after the first year

IPVanish bullishly describes itself as “the fastest VPN” – and while that’s a big claim, it is a top-tier network operator. That means it can give you a direct connection to more than 1,900 servers spread across 51 countries, while other VPNs may have to take more roundabout routes.

As with all VPNs, routing your online traffic through these servers protects your online privacy and conceals your location, so third parties can’t track what you’re doing online – not your ISP, not the police. That means you can avoid potential legal troubles with file-sharing apps (IPVanish has no restrictions on the use of BitTorrent), and by choosing a server in the US or elsewhere you can also access websites and services that might not be available in your country, including video streaming sites.

There are just two pricing options: you can pay £8.33 for a rolling monthly subscription, or £28.95 for a full year of service. That works out to a very low £2.41 a month, but it only applies for the first twelve months – afterwards, the cost more than doubles to £67.88, which is fairly steep for a VPN.

Still, subscribers can connect from any number of devices at once, and you can also configure a compatible router to protect all the traffic on your home network. Technical support is available by email or 24-hour live chat via the IPVanish website, and if you simply don’t get on with the VPN, the annual plan comes with a 30-day money-back guarantee.

IPVanish really wants you to know how fast it is. We tested the software on Android and Windows, and both clients open up with a big performance graph showing live download and upload speeds.

Aside from this, the Windows app is a little fussy. There’s plenty of information and options on the home screen, but the layout feels haphazard. While we like the option to choose a country, city and individual server for your VPN connection – or let the software pick the fastest option that meets your requirements – the way it’s presented as a stack of three dropdown menus is awkward. 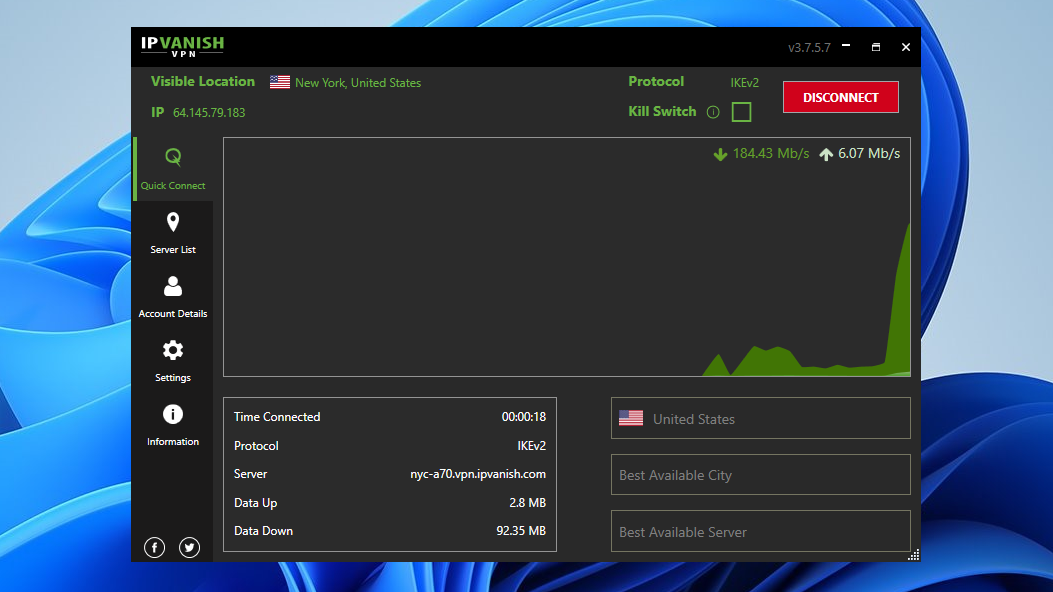 Happily, the main Server List page is much clearer. Here, you can browse or search the full list of locations, and mark particular servers as favourites for easy access. You can sort by server load or by ping time, and there’s also a map view – mostly a gimmick, but a fun one. We wouldn’t have minded a shortcut to our favourite servers on the main home screen, or a system tray icon that lets us choose from a few different locations, but on the whole it’s easy enough to use.

Things are similar on Android, with the same three quick-connect menus on the front page. However, the mobile app doesn’t let you pick your favourite servers, and while you can check the ping times of various servers, there’s no way to check their load. It’s clear and functional, but it could be smarter.

IPVanish VPN review: How fast is it?

To test IPVanish’s speed claims we installed the software in our own home, which has a 200Mbits/sec Virgin fibre broadband connection, and fired up the Google Speed Test service.

Using the Windows client, results were impressive. Connecting to a server in London didn’t noticeably slow down our connection at all, giving us a download rate of 199Mbits/sec. Even when we switched to a server in New York, speeds held up remarkably well, averaging 178Mbits/sec – while most other VPNs we’ve tested have only managed around 80Mbits/sec. 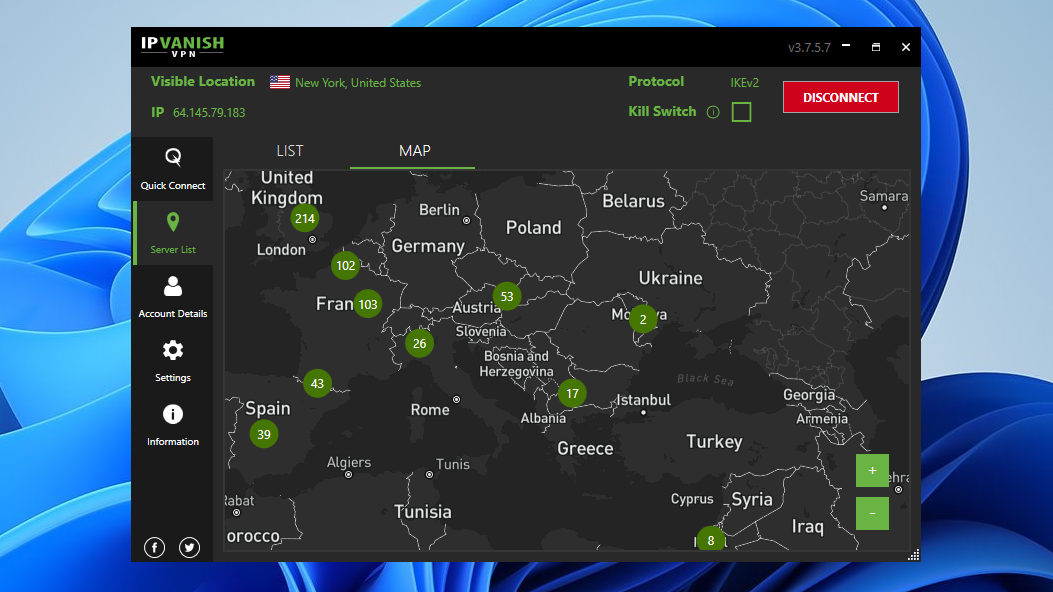 The service was almost as speedy on our Wi-Fi 6-equipped Android tablet. The London server gave us a download rate of 197Mbits/sec, and while the New York connection wasn’t as fast it still hit an excellent 141Mbits/sec. It’s also worth mentioning that on both platforms you can configure split tunnelling to send speed-critical apps over your regular ISP connection, and only use the VPN for ones where privacy or location-spoofing are required.

Does this justify IPVanish calling itself “the fastest VPN”? In the interest of strict accuracy we must report that when we tested NordVPN, its New York server nosed ahead with 182Mbits/sec. But varying internet traffic and server load mean there’s always a certain margin of error. We’re happy to call IPVanish a strong contender for the title of quickest VPN around.

IPVanish VPN review: Is it good for video streaming?

Clearly, IPVanish has enough bandwidth for streaming. If you so wish, you should be able to watch three or four 4K movies at once over a single connection, assuming your broadband line is fast enough.

We also found it had no problem unblocking US-based streaming services. While connected to the New York server we were able to use Chrome on a Windows laptop to browse and watch US-only content from both Disney+ and Netflix; likewise, on a tablet, the native Disney and Netflix apps happily served up their American libraries with the VPN enabled. 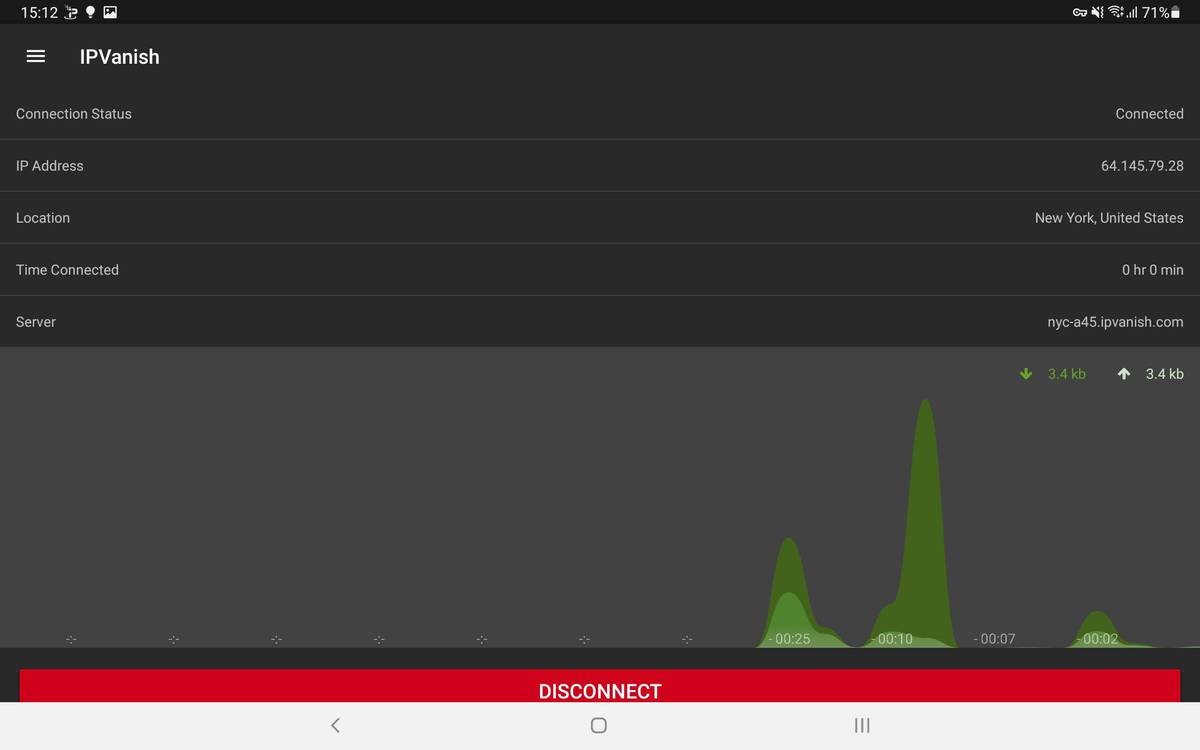 Things were a little more iffy with British content, however. On Android, we were able to use the BBC iPlayer, BritBox and Now TV apps to watch UK shows while connected to the London server. However, all three were blocked in a desktop browser – a potential frustration if you were hoping to use the VPN to keep up with British programming from abroad.

IPVanish VPN review: Is it secure?

IPVanish is based in the USA, and while that might be good for connectivity and performance, it’s not great for privacy. That’s because the US is part of the Five Eyes alliance, meaning it shares data with the UK and other countries. The company promises that it doesn’t store any logs of your activity, but the authorities could legally compel it to hand over whatever information it does have about its customers. Several other VPNs have set themselves up in more privacy-friendly jurisdictions precisely to avoid this concern.

On the plus side, the software includes a killswitch function on both Android and Windows, to instantly shut down all traffic if the secure connection is lost, and you can set it to automatically connect to the VPN when the system starts up. However, there’s no way to configure different behaviours depending on which network you’re connected to, and no double VPN or multi-hop option to send your traffic through multiple servers in different countries.

IPVanish VPN review: Should you buy it?

If you’re concerned about the privacy and security aspect of things, it’s hard to recommend IPVanish. We’ve no reason to doubt the sincerity of the company’s privacy policy, but at the end of the day it has to abide by US laws and court orders, which could compromise your anonymity. That’s much less of a concern if you choose a VPN based in somewhere more neutral such as Panama (NordVPN) or the British Virgin Islands (ExpressVPN, PureVPN and Surfshark).

Clearly, though, IPVanish’s selling point is its speed, and on that score it definitely delivers. Since it also does a great job of unblocking US streaming sites, it’s a good choice for anyone wanting to binge on overseas content: the price is a little on the high side after the first year, but you won’t have to worry about iffy video quality or pesky firewalls.