Gaming phones have quickly emerged as a new smartphone category in recent years and there’s a profound interest surrounding them. Smartphone makers are going to great length to ride on this new wave and have come up with their own interpretation of a gaming-focused smartphone. It was all started back in 2017 with the launch of the Razer Phone (not that razr), the first smartphone that was aimed specifically at the hardcore gaming community. Since then, the list of gaming phones has only grown in size with companies such as Asus, Nubia, and Black Shark jumping on the bandwagon with their take on gaming-centric phones. The latest to join this club is the newly announced iQOO 3, a gaming-focused flagship smartphone from Vivo’s spinoff brand iQOO. The iQOO 3 is the first Snapdragon 865 powered smartphone to launch in both 4G and 5G variants. And even though its 5G-ready pitch makes no real sense in the context of the Indian market, the phone itself is quite solid, packing up to 12GB of RAM and 256GB of UFS 3.1 storage, 55W fast charging support, quad cameras, and a massive 6.4-inch display. 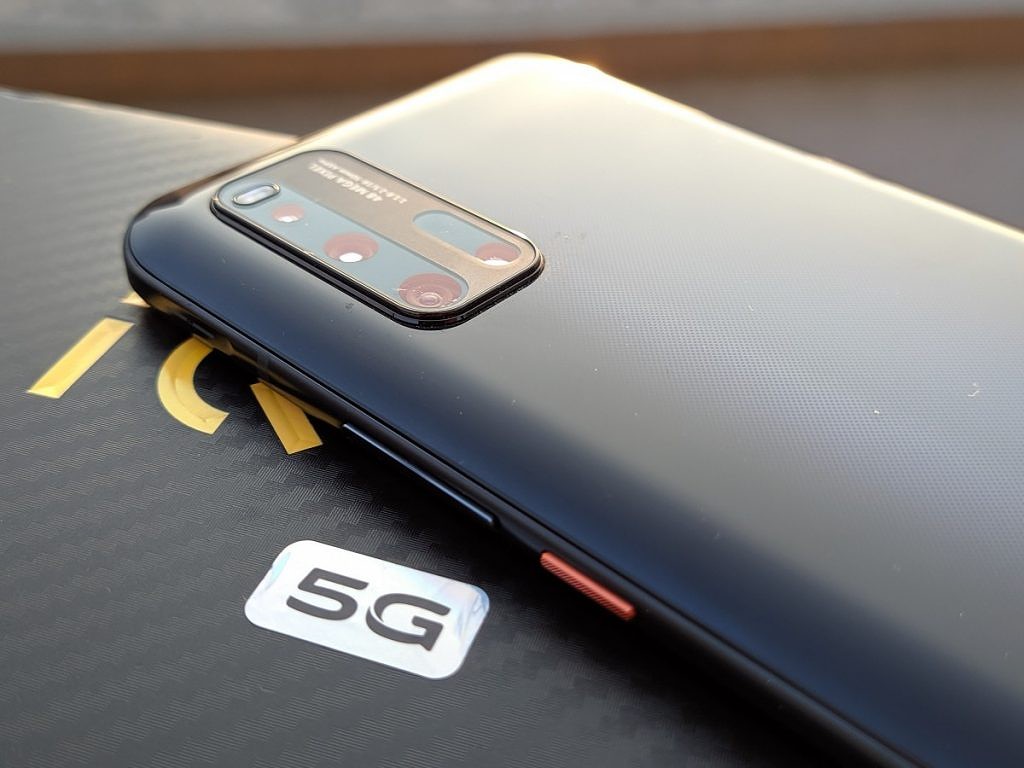 I’ve been using the iQOO 3 5G for the past three days now and here are my first impressions.

Note: The iQOO 3 5G review unit was loaned to us by iQOO India. 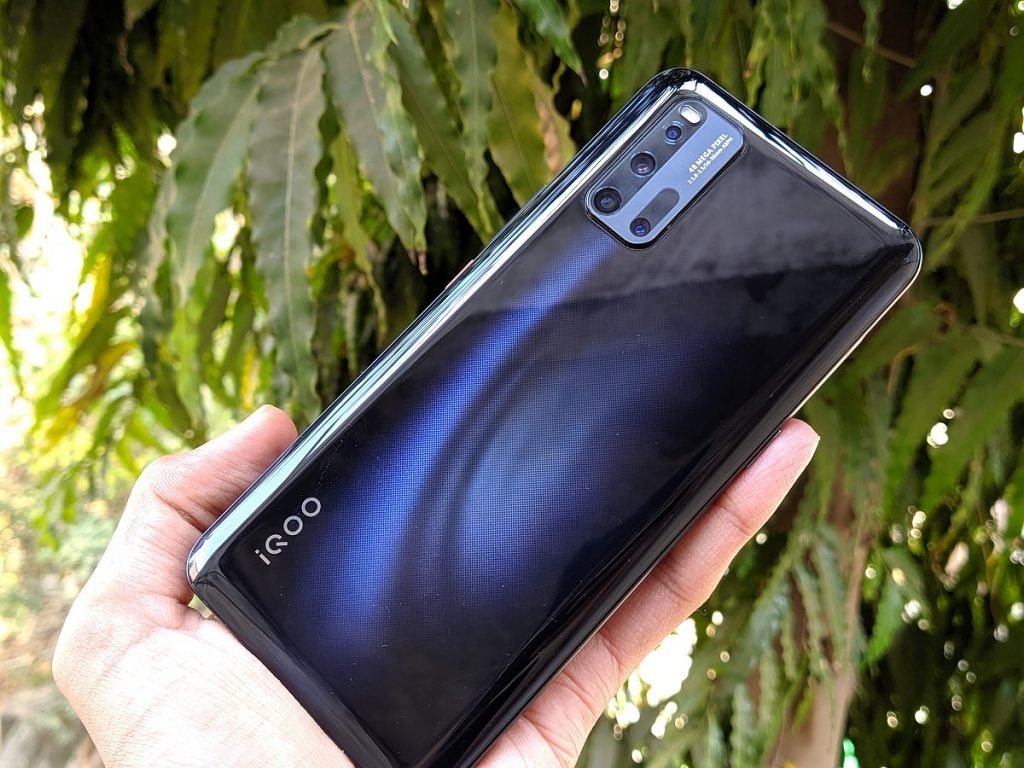 Starting with the design, the iQOO 3 has avoided going with the typical gaming phone aesthetic with funky exteriors and glowing RGB lights. Instead, the iQOO 3 has opted for a clean, industrial design that should appeal to a broader demographic. Despite its massive size, the device fits snugly in hand, providing a firm and reassuring grip. The narrow form factor lent by the 20.9 aspect ratio definitely helps here. 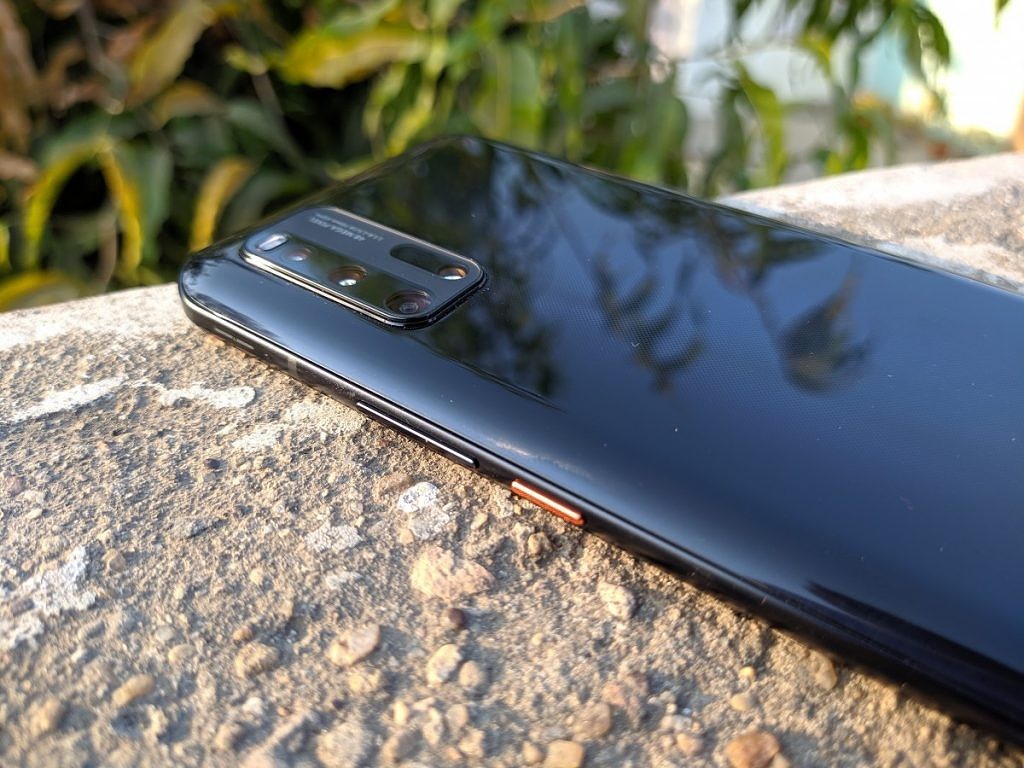 The backplate is protected by Gorilla Glass 6 and features a gradient pattern underneath it that sparkles under direct sunlight. The square camera module is located on the upper left corner. The sensors are arranged on two vertical design bars with the taller one housing the primary, wide-angle and telephoto sensors while the smaller design bar accommodating the depth sensor. 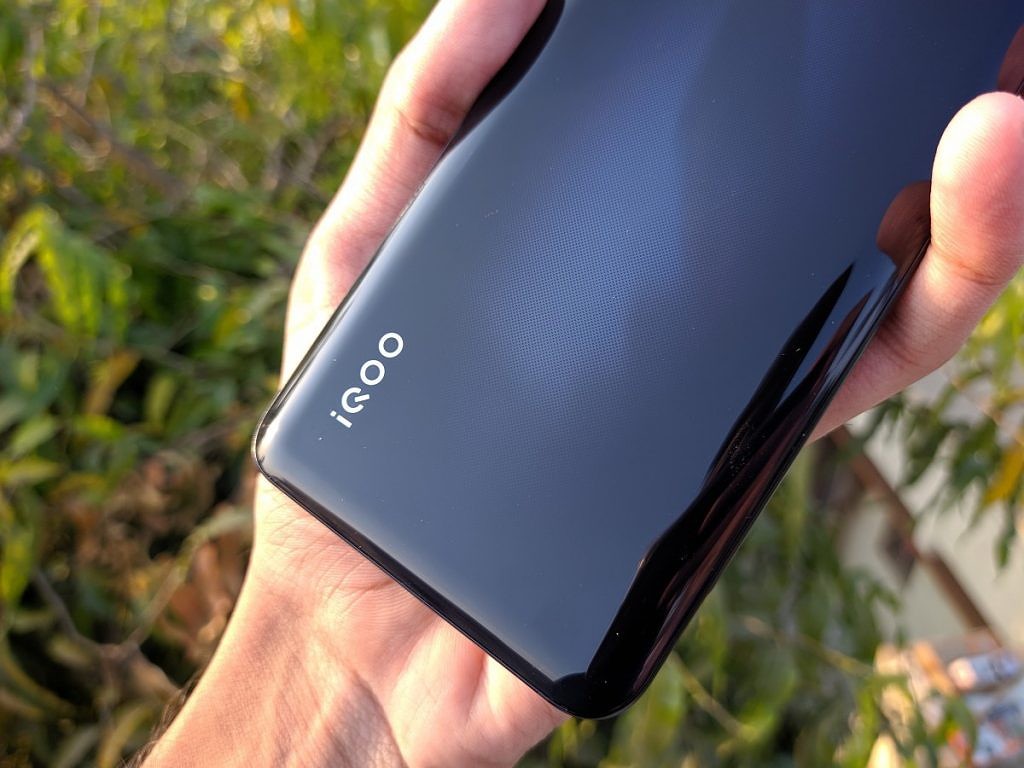 The iQOO branding is on the bottom left corner — but other than these, the back is a clean affair. The device is comfortable to hold thanks to the curved back and rounded corners but at the same time, it’s also quite heavy, coming in at 216g. The weight is especially noticeable when you’re using the device with one hand but over time you can get used to it. 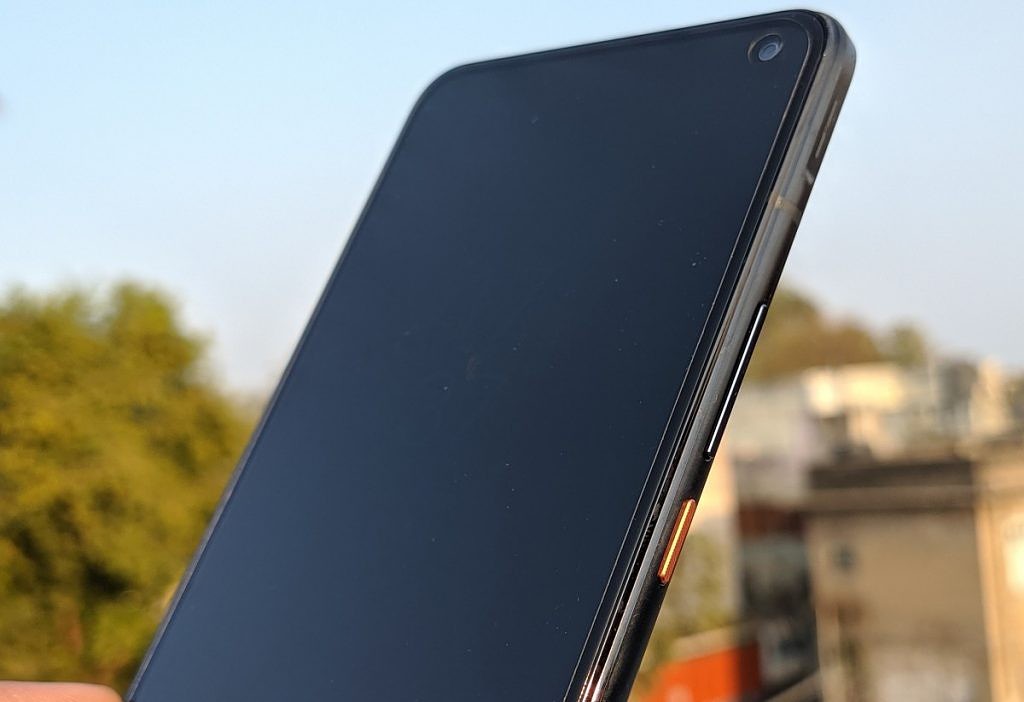 On the front, the 6.4-inch Super AMOLED display with a pinhole takes the center stage. The display is protected with Schott Xensation UP glass and has a factory-applied screen protector on top. We attempted to get the scratch guard off, but very surprisingly, it did not budge despite repeated strong attempts. We hope to get it off in time for the full review.

The absence of a high refresh rate display is a big letdown given the phone’s gaming pitch. High refresh displays have become an essential part of the flagship smartphone experience and here is where I think iQOO has missed a big opportunity and put itself at a disadvantage in terms of competitiveness. For what it’s worth, the display offers 180Hz touch refresh rate which the company claims improves the gaming experience. 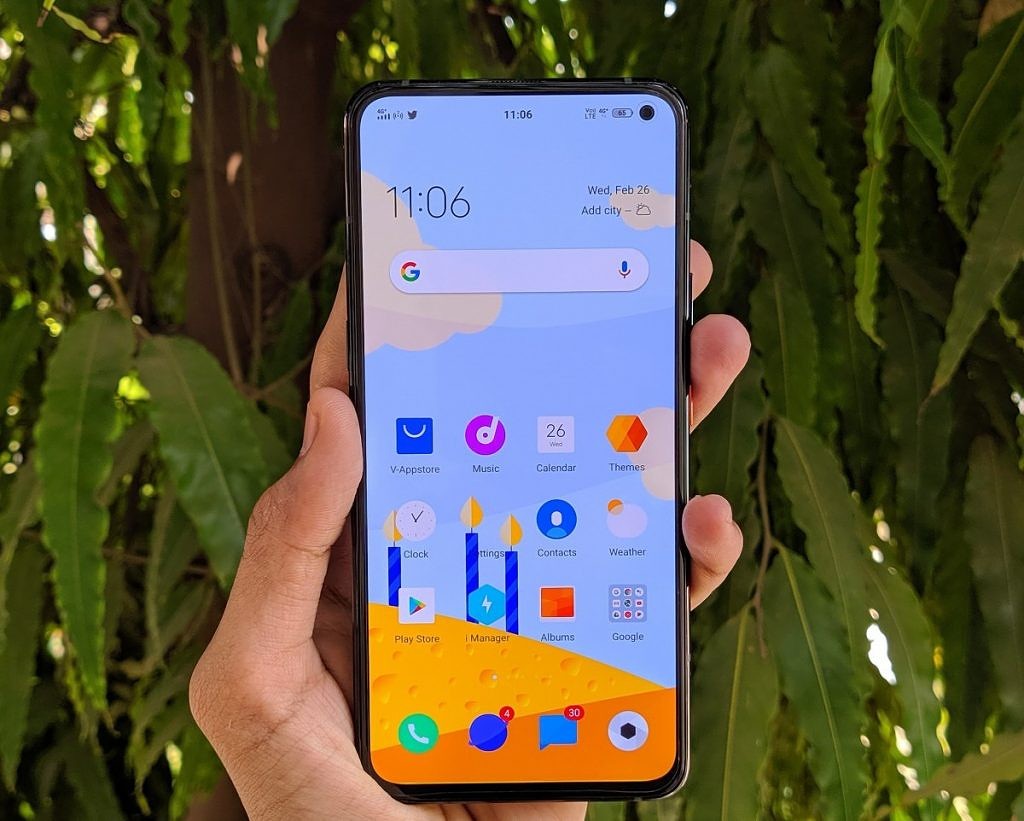 The display itself is really bright (claimed 800 nits max brightness) and offers a great viewing experience. It’s a massive improvement if you’re coming from an LCD. Colors are a bit oversaturated out-of-the-box but you can opt for a more faithful reproduction using the provided display settings. The bezels around the display are pretty slim with the bottom chin measuring just 5.3mm thick. The power button and volume keys are on the right side. The orange-colored power button adds a nice contrasting touch to the black frame. But I’m not fond of its placement as it’s located a bit too downward and not easily reachable. There’s also a dedicated key, located on the left, to trigger Google Assistant. 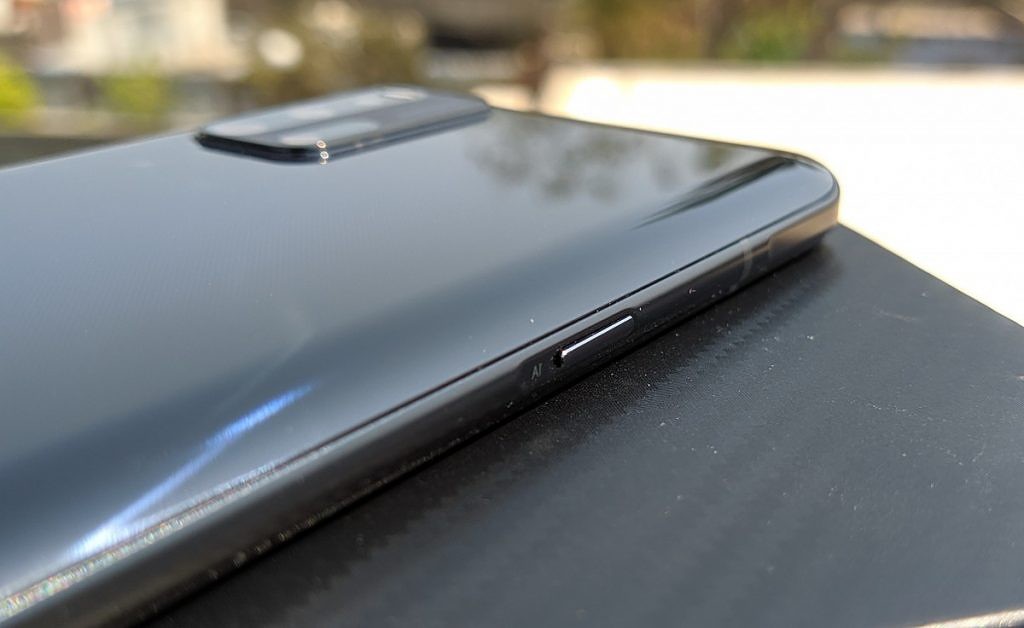 However, perhaps the more interesting bit of hardware is the two pressure-sensitive buttons located on the right side of the frame. These buttons can be a big deal for gamers as they come in really handy when playing games such as PUBG that usually require multiple fingers to control in-game movements.

The iQOO 3 is powered by Qualcomm’s latest and greatest Snapdragon 865 SoC which claims to offer up to 25% performance jump while at the same time reducing the power consumption by 30%. In day to day use, the phone feels rapid and every interaction — be it opening apps or jumping through menus — is nearly instantaneous. There’s no slowing down whatsoever even while you’re juggling through multiple things at once. Things like stutters and frame drops are a rarity and the overall experience grows up to the expectations one often assumes from a modern flagship.

We’ll be diving deeper into the benchmarks, gaming performance and UI tests to paint a full picture of the overall performance in our full review. 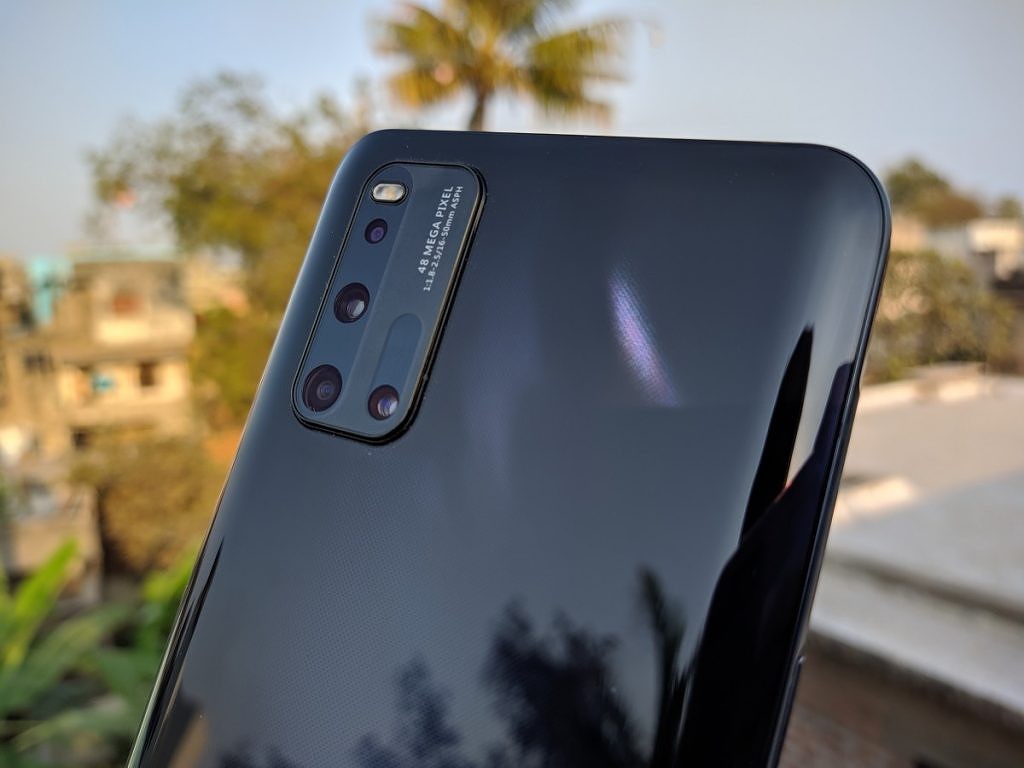 With that said let’s move to the other important aspect: Camera performance. The quad-camera setup of the iQOO 3 is composed of a 48MP Sony IMX582 primary sensor, 13MP wide-angle sensor, 13MP telephoto lens (2X lossless zoom) and 2MP depth camera. It’s interesting to see that iQOO has opted for last year’s Sony sensor and not the more recent 64MP Samsung or Sony IMX686 sensor. The IMX582, which debuted on the Redmi K20, is a different variant of the IMX586 with the same sensor size and pixel size with the only difference being the lack of [email protected] support on the IMX582.

During our limited test run, the camera seemed capable of producing stellar images under good lighting, showcasing vibrant colors and a good dynamic range. The low-light results, although not the best around, are still impressive too but the night photos leave a bit to be desired. You can check out the camera samples in the gallery attached below. 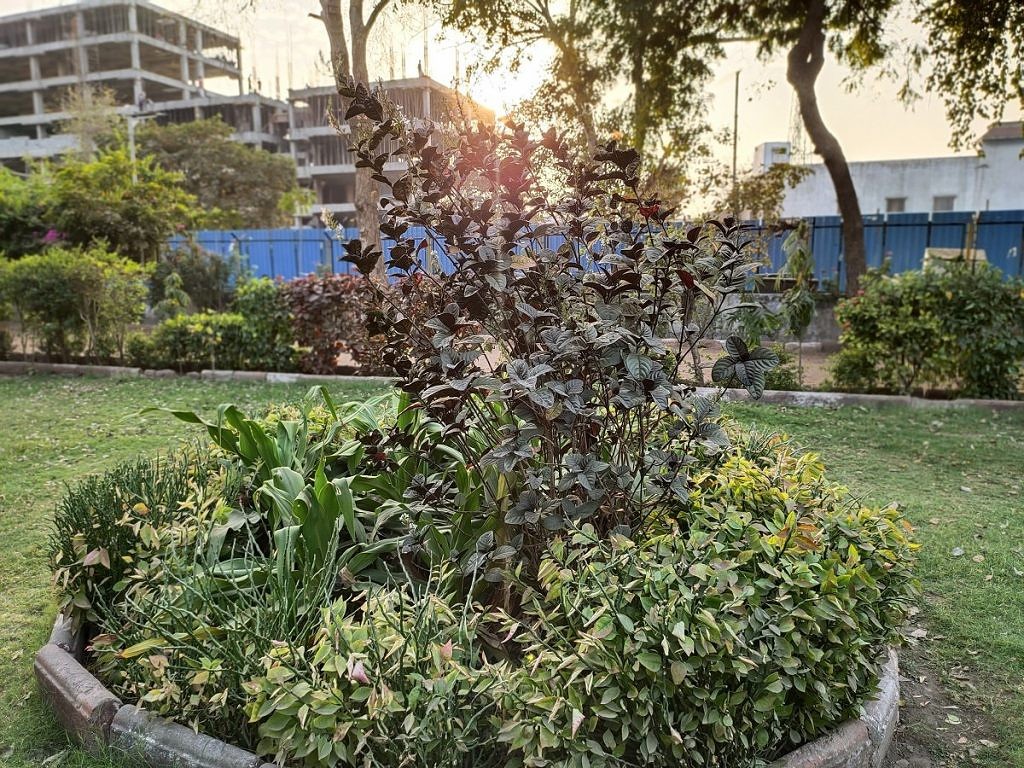 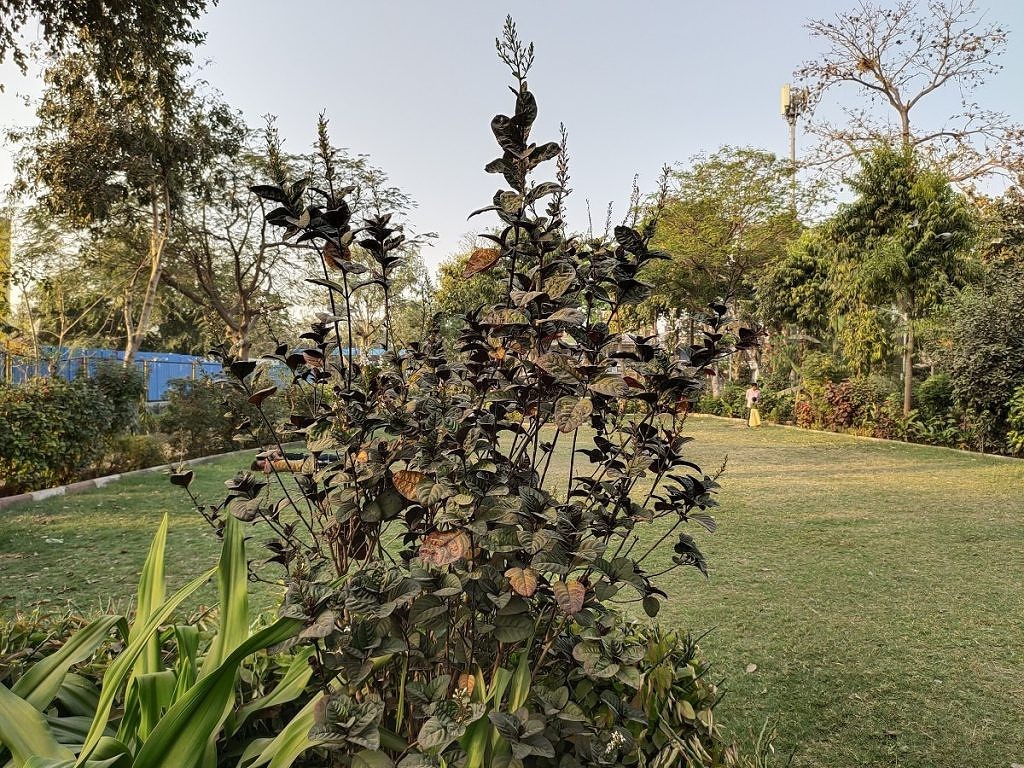 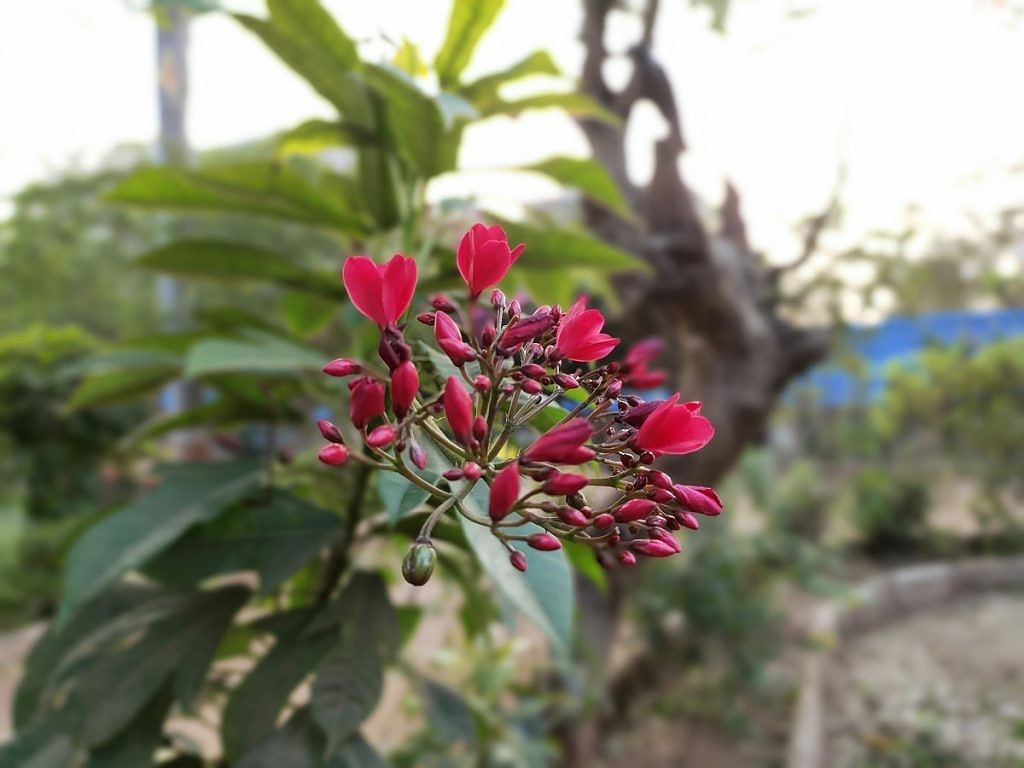 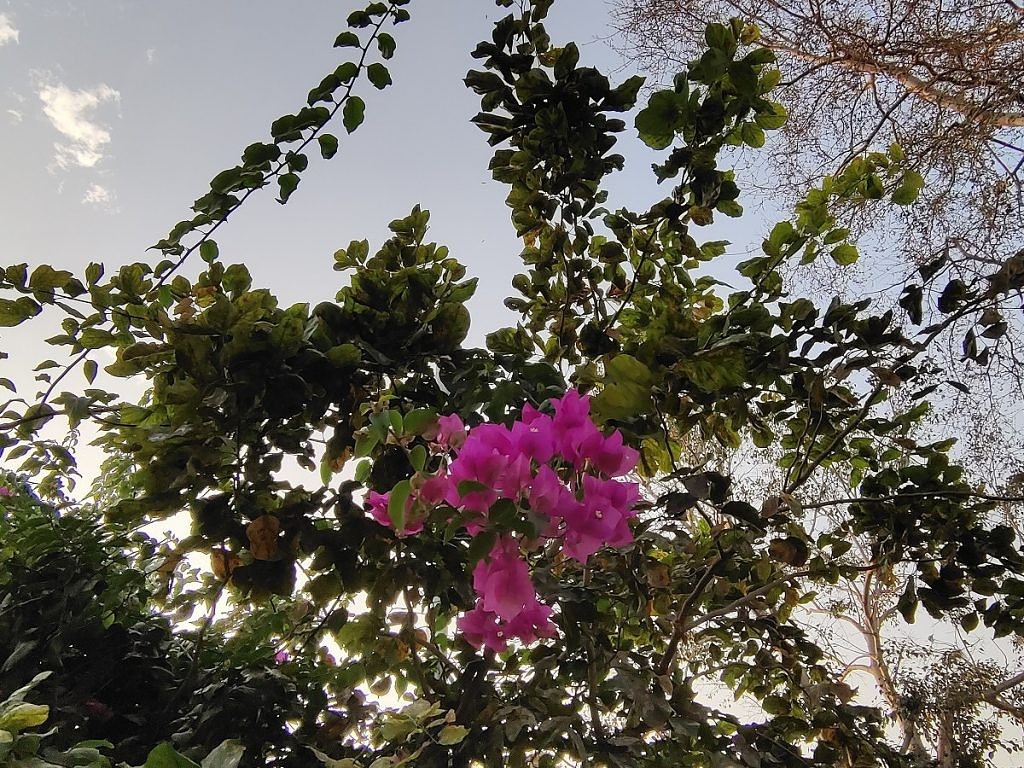 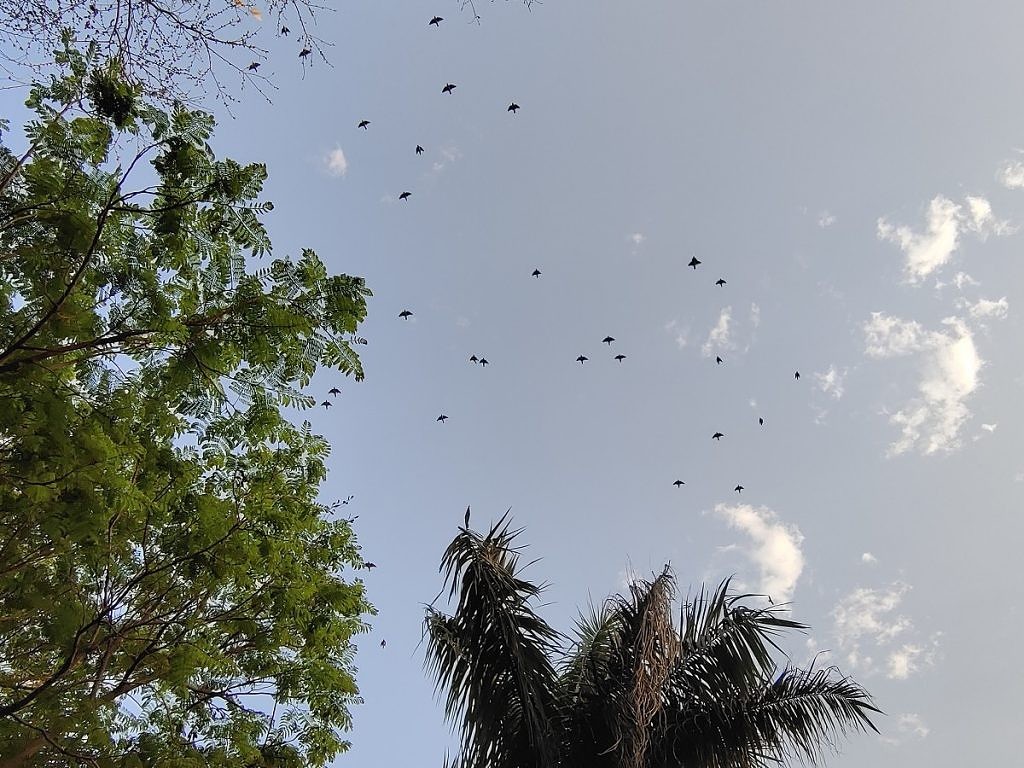 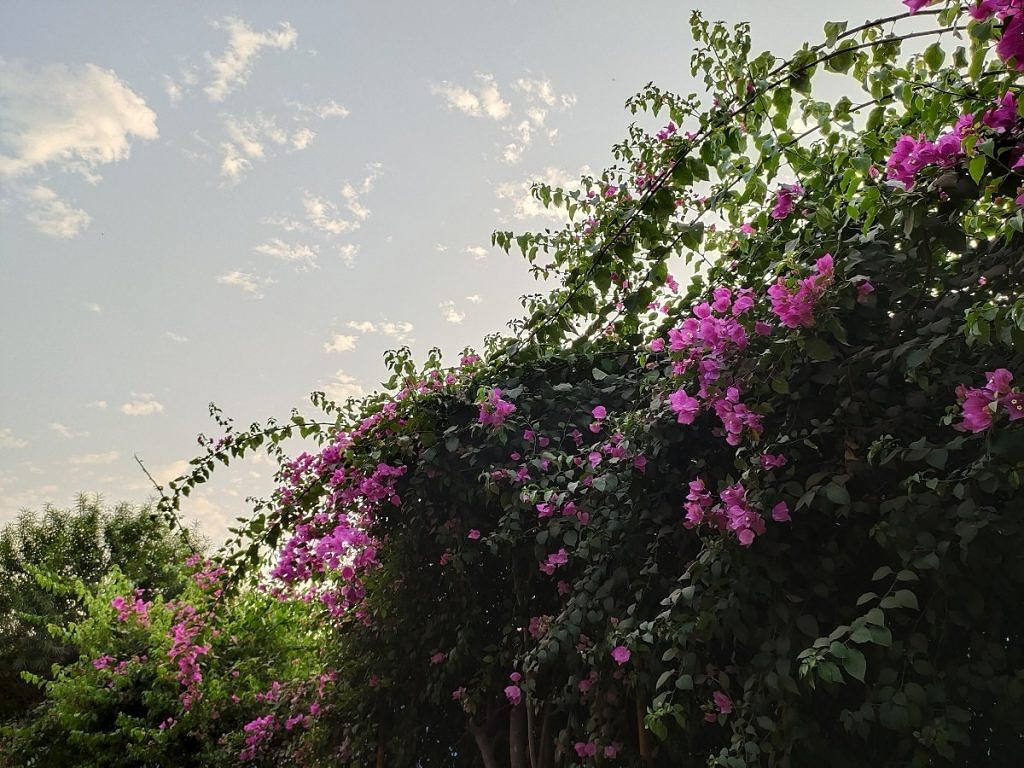 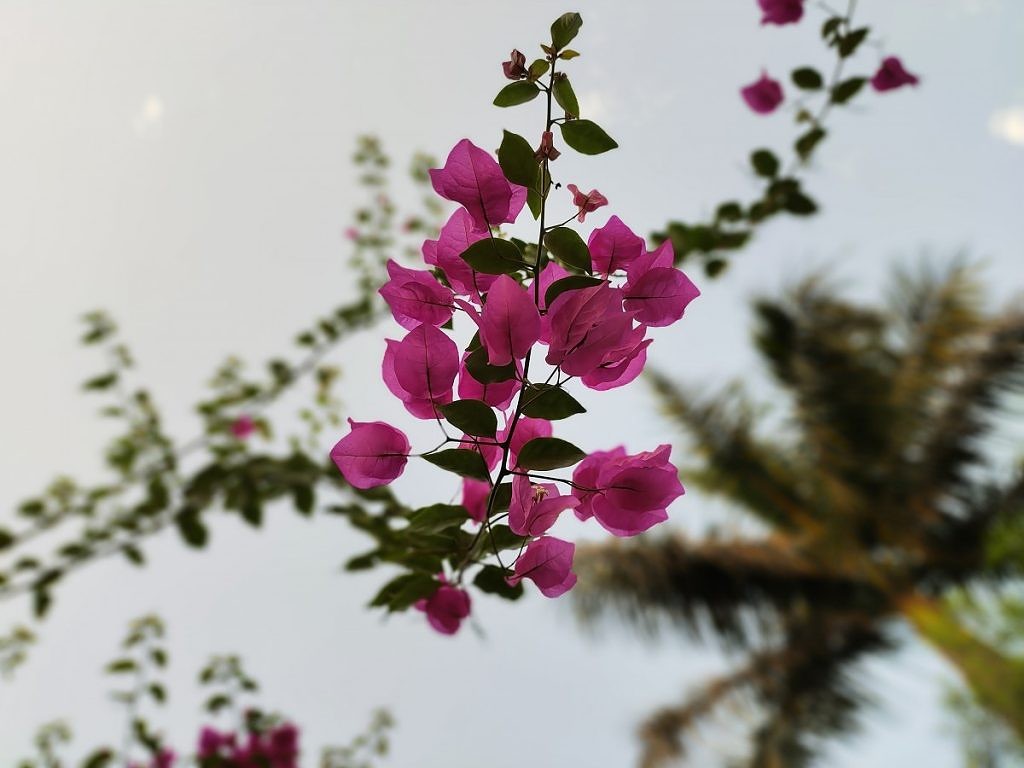 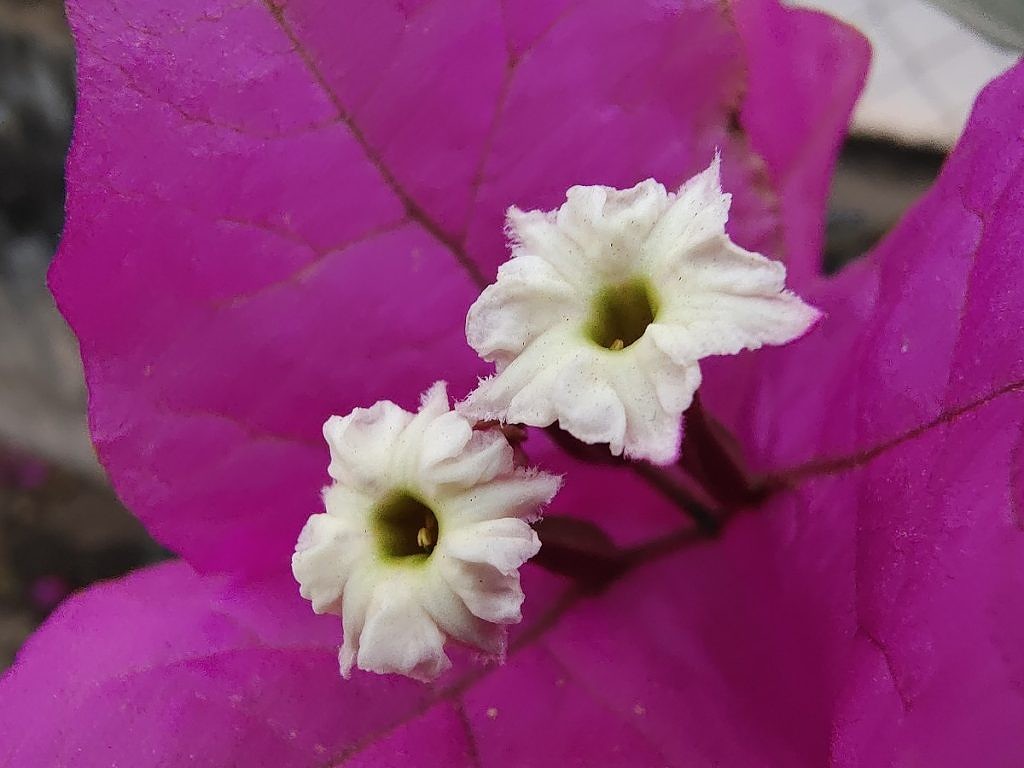 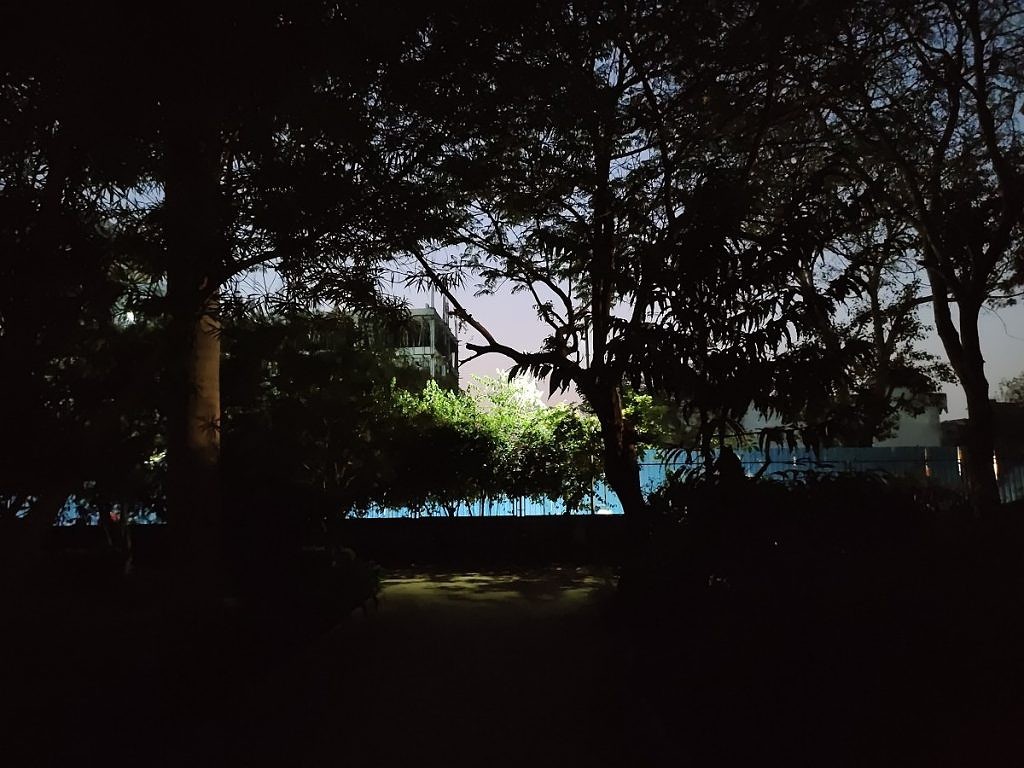 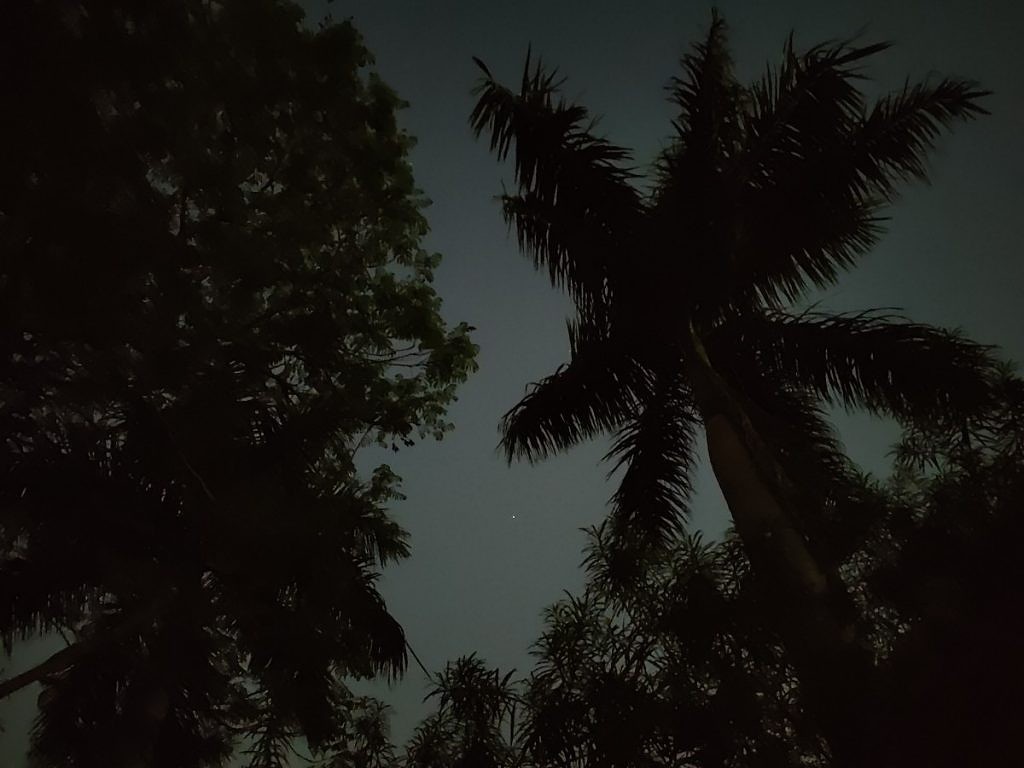 The 4,400 mAh battery cell of the iQOO 3 may not be enough to make your jaw drop but its charging speed sure will. The device comes with a 55W Super FlashCharge inside the box and the company claims it takes only 15 minutes to charge the battery up to 50%. I had to charge the device three times during this period and it still blows my mind how fast this thing is. It’s a total gamechanger, especially if you want to game but don’t want to stay plugged to a wall. It’s so quick, a 10-minute top-up is enough to last you through half a day of non-game usage usually. We’ll be doing multiple charging runs for our full review.

The battery life, on the other hand, has been pretty average — nothing extraordinary here. But I guess it’s too early to come to any conclusion, so we reserve our judgment for the final review.

On the software front, the iQOO 3 runs a slightly modified version of FuntouchOS called iQOO UI. If you have used MIUI or ColorOS, you should feel right at home. From home screen arrangement and iconography to the notification shade, you can spot many similarities between these custom skins. You can choose your apps to be arranged on the home screen in iOS style or inside the app drawer. There’s a fair share of junk apps, many of which can’t be uninstalled. The software fully supports Android 10’s Navigation Gestures and can be swapped in favor of the default on-screen buttons to fully take advantage of the display. You also get system-wide dark mode, Always on Display, theme support, Ultra Game mode, long screenshots and much more.

My first impressions of the iQOO 3 are largely positive. The display is fantastic, performance is great, and charging speed is just mind-blowing. A few negatives that come to mind are the omission of the high refresh rate display and not-so-great low-light camera performance.

The iQOO 3 is an interesting device as it sets the tone for what to expect in the affordable flagship space in the months to come. We’ll be putting the device through its paces to assess its camera, performance, battery life, software and more. My final review of the iQOO 3 should follow in the next couple of weeks.