Earlier today (4th August 2021), the iQOO 8 has just been teased by the company. While the brand had already confirmed that the upcoming smartphone will be launching on 17th August 2021, it has now revealed certain details about the device’s display panel.

The Chinese smartphone maker shared a teaser image poster online, in which, it revealed that the iQOO 8 will be the first in the world to feature the E5 display that is made by Samsung. For those unaware, the it is the fifth and latest generation of luminous material that is used in the South Korean tech giant’s OLED display panels. In other words, we can expect the handset’s display to offer high brightness that would likely be around or more than 1500 nits, which was the maximum brightness of the previous generation E4 AMOLED panels. 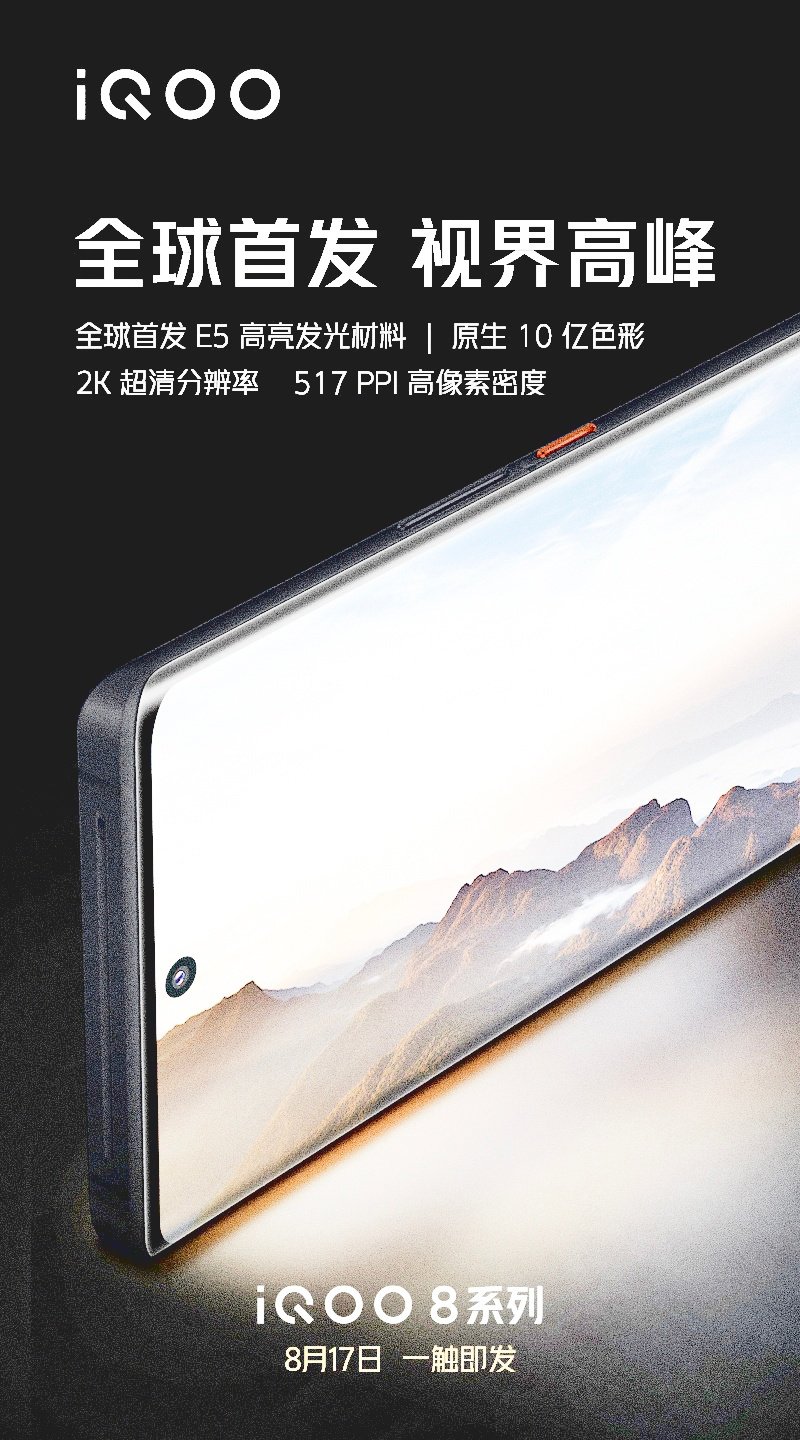 Furthermore, the company also revealed that the smartphone will support 1 billion colors natively. The device will even offer 517 ppi pixel density and will have a 2K resolution. The teaser also reveals the front side of the iQOO 8, which showcases minimal bezels along with a center aligned punch hole selfie camera. As of right now, this is all the information shared by the company, but we had previously reported on certain rumored specs of the device. This includes a Snapdragon 888+, 160W fast charging support, 12GB of RAM, and more. So stay tuned for more updates.