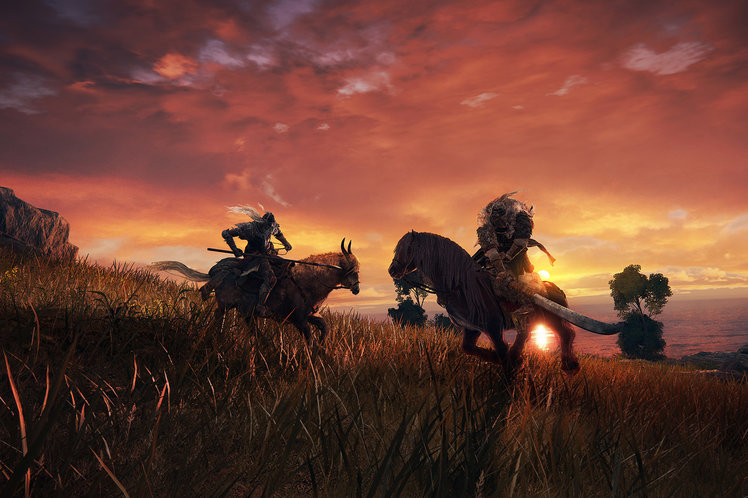 Elden Ring is a brilliant game, and it lets you play in a huge range of ways, including the option to play together with friends or strangers online, but the system to do so isn’t totally straightforward.

Where other games would have simple invites and menus, Elden Ring is more than a little different. Here are all the details on how you can play with other people online.

In Elden Ring multiplayer works through summon signs – marks you can leave on the ground in-game or find left for you. You can only see these, however, if you use an item called a Furlcalling Finger Remedy.

These signs let you be summoned by other players, or summon them yourselves. You can summon up to two allies into your game, but doing so also opens you up to invasion by hostile players, as a quid pro quo.

The players you summon will accompany you until either you or they die, or until you beat a boss together – they’re intended as help to get you through tough moments, rather than constant companions.

In practise, getting into all of this means you need a few in-game items to access various bits of multiplayer in Elden Ring. We’ll run through these below.

Furlcalling Finger Remedy: This item, which you can buy a recipe to craft from Merchant Kale near the start of the game, lets you see other players’ summon signs on the ground in gold, and interact with them to summon the players in question. The item is consumed when you successfully summon someone.

Tarnished’s Furled Finger: This item lets you leave your own summon sign on the ground, to be summoned by players who encounter it if they choose. It can be used infinitely without being consumed.

Small Golden Effigy: This sends a bunch of your summoning signs to different pools to let players summon you from a broader range of locations, if you don’t mind where you help out. It’s got infinite uses, too.

Finger Severer: This item lets you back out of a player’s game after being summoned, or to get rid of those you have summoned yourself. It has infinite uses.

Duelist’s Furled Finger / Recusant’s Finger: This places your summon sign on the ground. Instead of helping them, you will arrive to attempt to duel the player who summons you, which they will be inviting. It has infinite uses.

How do summon signs work in Elden Ring?

There are a few different types of summon signs to be aware of in Elden Ring. The most common is a simple gold sign, which looks like the white messages apart from its colour. Using one of these will let you summon a co-op partner to help you.

If you’re in the same multiplayer group as a player or have a matching password, you’ll see their sign surrounded by a gold ring to make it stand out more.

There are also red summon signs which will summon an aggressive player looking to fight you – these are handy if you want to play some PvP or practice your skills.

If you want to play with a specific friend, Elden Ring has a system that lets you be tighter with who gets to see your summon signs – passwords.

In the multiplayer menu you can set two types of password, and we’ll explain each below.

Multiplayer password: Setting this password to the same as your friends will ensure you only see summon signs from those who match with it, making it way easier to find your friends in-game.

Multiplayer group password: This password type is looser – it lets you join associations to have other players that match your group password prioritised around the game world. This means you’ll be more likely to see their messages, phantoms, bloodstains and summon signs.

Does Elden Ring have crossplay?

If you’re trying to play with your friends on different platforms you might be wondering whether that’s even possible at all, and sadly the answer is that it’s not.

Elden Ring doesn’t have full crossplay, although it does have generational cosplay within ecosystems.

This means that Xbox Series X/S owners can play with those on Xbox One, and the same is true for PS5 and PS4 owners. PC gamers are in their own slice, meanwhile.

So, if you’re trying to connect to a pal who’s on a different system, this might explain why you’re not having any luck. We wouldn’t expect this to change, either, although it would be a pleasant surprise if it did.