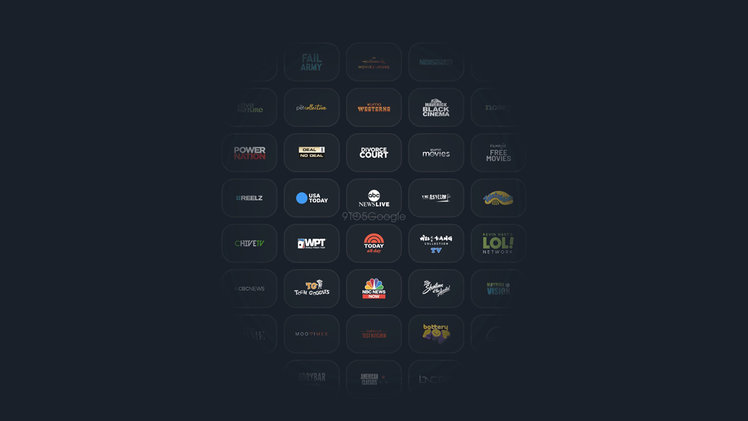 Imagine if you could get free TV streaming channels – but without downloading an app or signing up for a new service. Well, if you own a Google TV device, you’re in luck.

9to5Google looked at the latest version of the Android TV launcher app and discovered its code contains mentions of the Google TV streaming platform (previously called Android TV) gaining free, ad-supported channels and live TV channels. According to the text, an initial set of 50 channels will roll out. You won’t need to download a separate app to access these channels, which are described as “Google TV Channels” within the launcher app.

Based on an in-app description, there should be a variety of “news, sports, movies, and shows”. The leak even included a graphic showing 30 of the upcoming channels. Those channels are as follows:

These “Google TV Channels” contain the usual lineup of internet-streamed free channels – such as ABC News Live, NBC News Now, and USA Today. But there are also some randoms mixed in, such as Divorce Court and Deal or no Deal. Personally, one of the more interesting channels is Hallmark Movies. That’ll be fun come this holiday season if Hallmark loads up the channel with all its new cheesy Christmas specials.

So, is this a big deal or not?

Hey, free TV is free TV. Google has managed to score deals with quite a few well-known channels and brands. But let’s keep in mind Samsung’s TV Plus platform has over 200 free channels and LG’s Channels platform has over 175. Also, many of the new Google TV Channels are already available on competing free or cheap streaming TV platforms, including Pluto TV, Philo, and Sling TV.

Check out Pocket-lint’s guide on Google TV to learn more about that platform:

We also have the following guide on US streaming services: