We have been getting tons of Samsung leaks in the last couple of days. Most of these leaks and rumors usually mention the new Samsung Galaxy S21, with its possible launch in January. However, the latest leak is about the upcoming Samsung Galaxy Z Fold 3. Said leak makes us believe that Samsung has already figured out a way to give stylus support to its next foldable device. It also shows us a new design feature that we usually find in the Samsung Galaxy Note series.

It seems that Samsung has taken one more step towards creating the ultimate multitasking mobile device. The company could’ve already decided on the design of the next Samsung Galaxy Z Fold 3, or that’s what we can assume after seeing the latest smartphone/tablet patent filed at the World Intellectual Property Organization, as the new foldable could finally arrive with an S Pen. 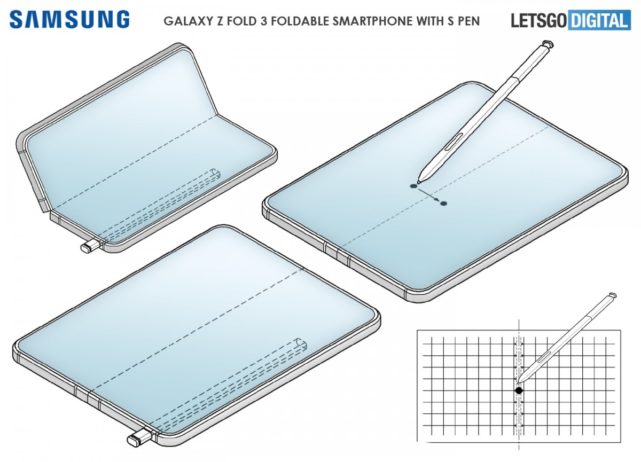 The leaks show us where Samsung is planning on placing the S Pen in the Z Fold 3, and yes, this is exactly where you would find the stylus in a Samsung Galaxy Note. Unfortunately, we can’t see the placement of the buttons or other details in the device, including the punch hole placement for the selfie camera.

However, rumors claim that we could also see an under-display selfie camera in this device. Reports also claim that Samsung would change to Active Electrostatic Solution technology for the upcoming foldable, meaning that the screen won’t require a digitizer to work, which could also mean that we may get more features in the next S Pen. 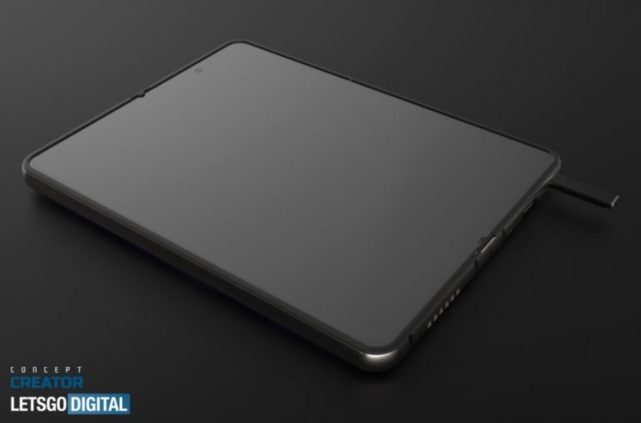 These changes will also be more expensive than the Electromagnetic Resonance technology that’s currently found in the Galaxy Note, but we may not have to worry that much about that since rumors also suggest that Samsung is planning on keeping the same price tags on its upcoming devices. This patent was filed back in April, and it got approved this week, which means that Samsung has been working on giving us an S Pen in its foldable devices for quite a while. It may finally arrive with the Samsung Galaxy Z Fold 3, which is expected to arrive sometime in the second half of 2021.