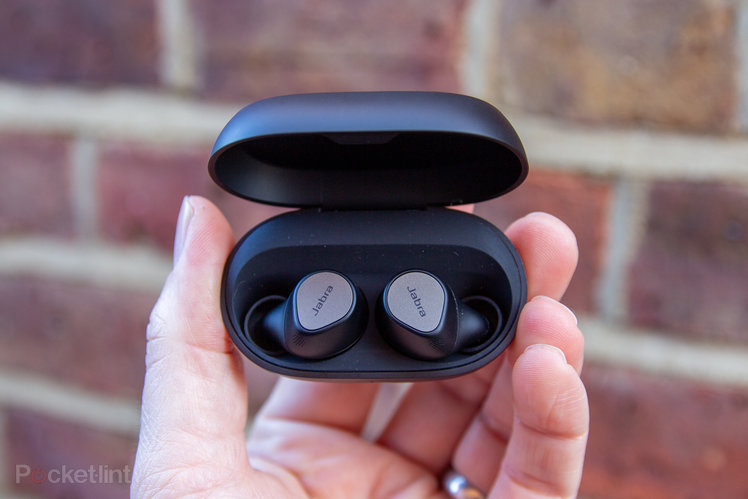 Jabra has been one of our top picks in true wireless headphones over the past few years, offering good performance for the money and a comprehensive feature set. But should Jabra‘s Elite 7 Pro be on your shopping list, or do these buds unusually miss the mark?

Jabra’s aim with the Elite 7 Pro was to address some of the criticisms of previous devices, notably the size. As such, we see a reduction in the overall bulk of these headphones compared to the Elite 85t, which are Jabra’s previous flagship true wireless headphones.

The Elite 7 Pro’s included case is also flatter, smaller overall and more pill-shaped, so easier to slip into a pocket. However, we’re not huge fans of this new design as the lid is now harder to flip open. 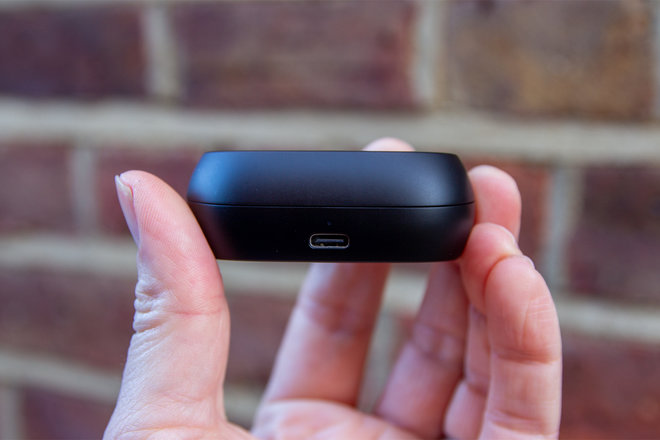 Previous headphones (including, incidentally, the Elite 3, Jabra’s entry-level headphones in this range) had cases that could easily be flipped open one-handed, so this new design is less easy to open. The top half doesn’t open with a push of the thumb like the older models – and we think that’s a shame. Occasionally, we’ve found it a bit of scrabble to get the thing open.

As for the earbuds themselves, the Elite 7 Pro are considerably smaller than the Jabra 85t that came before – but they’re also entirely different, so comparisons can only go so far. Some of the earlier details are retained – there’s still a physical button on the end of each earbud, for example – but the design and construction is quite the departure. 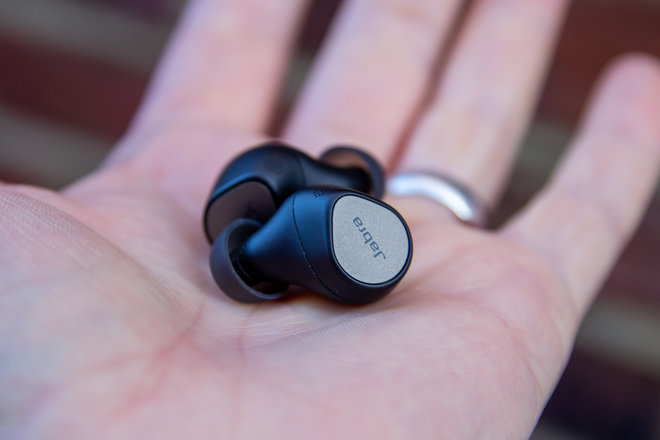 The 7 series is lighter, but Jabra – having talked about oval earbuds on the previous generation – now returns to round earbuds. Lighter they are, but we also found them to be slightly less substantial, lacking the quality feel that we so enjoyed from Jabra’s previous headphones at this level.

The fit is comfortable enough – and there are three silicon tips in the packaging to help – but we’ve never felt that these headphones fit quite as reliably as the Elite 85t. Why does this matter? Because the fit underpins the effectiveness of the active noise-cancellation (ANC), the physical isolation, and therefore the sound quality. If you can’t get a good fit, you don’t get a good experience. 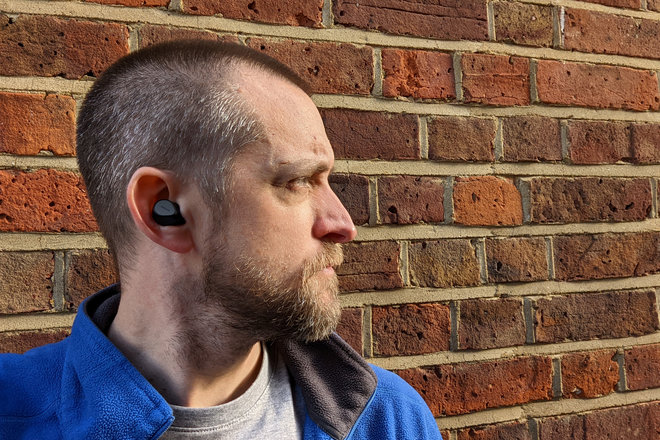 Some of this, naturally, will come down to the shape of your ear – but for us, the Elite 7 Pro don’t feel like an upgrade over previous models, as we struggled to get a reliable fit. That needs to be remembered as a caveat against this whole review, because you might not have the same experience overall.

One good thing that is these headphones carry an IP57 rating – so they’re sealed against dust ingress and can be dunked into water up to a metre deep – so it doesn’t matter if they get splashed in the rain or sweated into.

Connecting to the new Elite 7 Pro headset is simple enough. While a direct Bluetooth connection with your device will get you started, a lot of the added value comes from Jabra’s Sound+ app.

Indeed, many of the features of these headphones can only really be explored if you’re using the app. One of the things the app will do is check the fit in your ears: it reported that we had a good fit, although as we said, it never felt that good and neither did the isolation against external noise.

Then there are controls for ANC too, so you can adjust the level on a scale. Jabra has for a long time also offered a HearThrough option, so you can hear the world around you if you need. 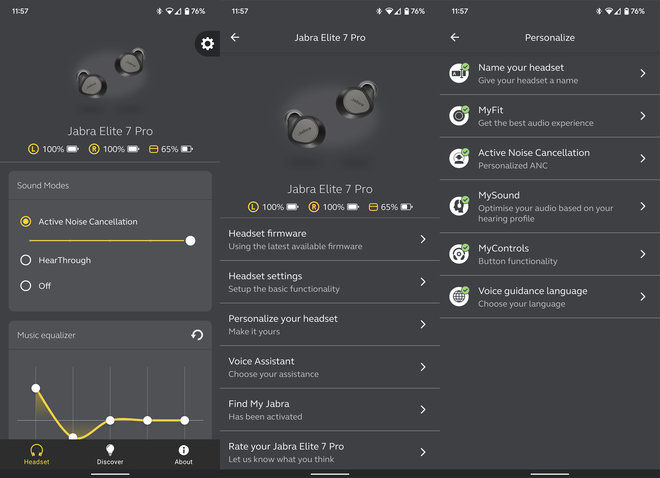 However, the ANC adjustment seems a little over the top and only seems to make a minor tonal difference to exterior noise, regardless of the setting you choose.

We’ve seen ANC levels on some other headphones – Libratone offering quite a difference in experience, Samsung barely any difference at all in performance of these levels – and for us, the overall cancellation performance here just didn’t get close to that over its older Elite 75t or 85t headphones.

The Sound+ app will allow you to customise what the buttons do, what happens to music when you remove the headphones, or when you engage HearThrough. There really is a lot of customisation on offer through the app. It’s also where updates are serviced.

As we said above, the ANC performance doesn’t get close to the earlier Jabra headphones that we’ve used. Indeed, the ANC was so poor that we got in touch with Jabra concerned that we had a faulty unit. 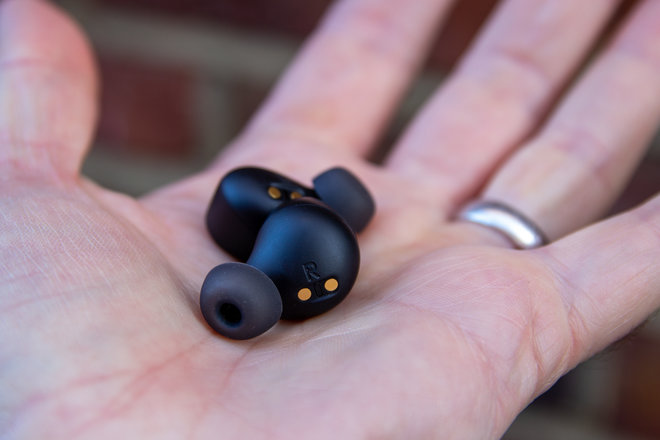 We then tested a second set of Jabra Elite 7 Pro and found the performance to be the same – and then passed a headset over to another staff member at Pocket-lint to confirm that noise cancellation seemed ineffective. We also tried across numerous phones, both Android and iOS, and this didn’t make any difference.

However, the sound performance isn’t too bad, we enjoy the music we get from these earbuds, at least until there’s any sort of exterior noise that cuts into the soundscape. That’s always going to be an issue where you’re expecting the noise-cancellation to play its part in delivering on the audio experience. It means you have to turn the volume up to overpower that external noise.

Used in a quiet location, the Jabra Elite 7 Pro have a nice balanced tonality, easily tweaked through the equaliser in Sounds+, either using the presets or sliders, and it copes well enough with heavier bass on tracks that demand it. 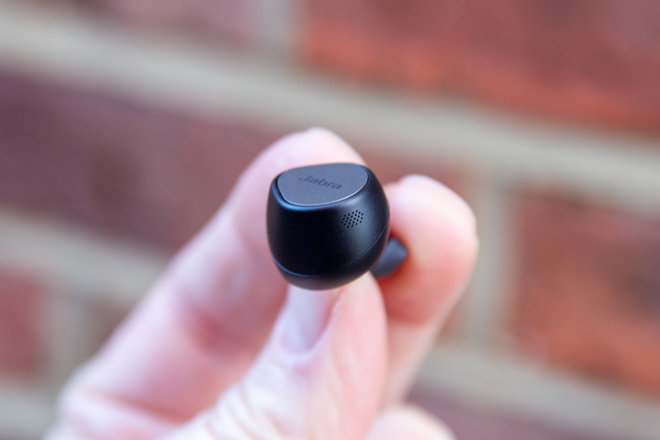 The HearThrough function works as it should, not just letting noise in, but amplifying it, so exterior sounds are louder than you might naturally hear them, so if you want to be more aware – hyper aware – of sounds around you, this will certainly do it.

As for the battery life, we’ve found that Jabra’s claim of 8 hours of music and 30 hours total from the case has been accurate, with support for charging via USB-C cable or Qi wireless charging. That’s a good performance overall for this sector.