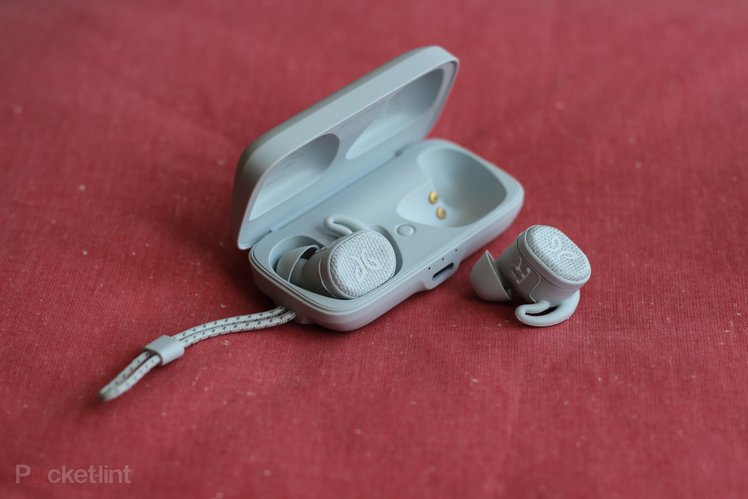 Jaybird occupies a comfortable niche in the earbuds market, catering to the more sporty among us with headphones that are built as companions for your exercise.

Its only fully wireless set of earbuds until now have been the first-generation Vista, which is getting an upgrade in the form of the Vista 2, with the headline addition of Active Noise Cancellation (ANC). How do they stack up, though?

The Vista 2 is far from a major rewrite of the first version’s design – the size and shape of the earbuds is hardly changed at all, in fact. That’s no problem, either, as the Vista had a nice look to them. 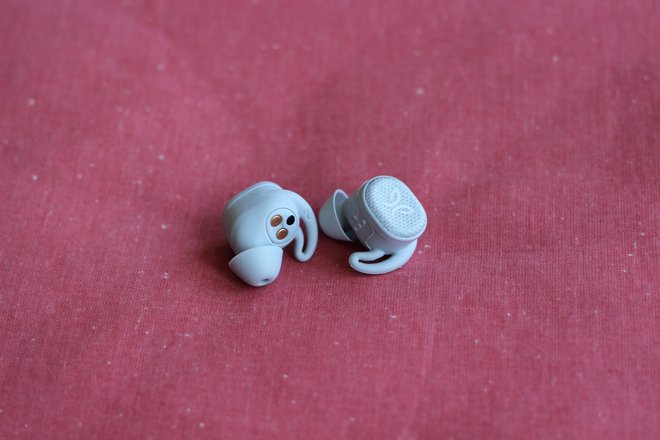 The biggest change in terms of design is the addition of that mesh-like fabric finish on each earbud, which we think looks a bit more interesting just from a visual point of view. It serves a purpose though: acting as a bit of a wind-disperser to eliminate that noise.

The earbuds can be fitted with a few different sizes of eartip and wingtip combinations, and once you find the one that suits you best you’ll get a really secure fit that doesn’t get uncomfortable – at least for us.

That’s just one of the many parts of the Vista 2’s feature-set that makes them great for running and other exercise – these ‘buds won’t fly out your ears or even jiggle about at all. 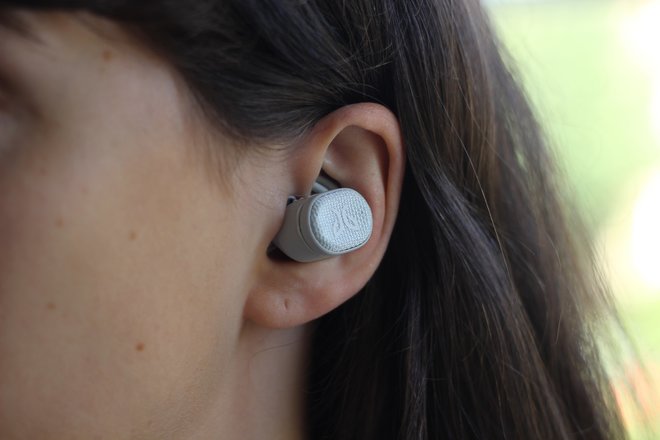 Another key factor is the incredible durability that Jaybird manages to assure you with – some of which was already present on the original Vista. The earbuds are IP68-rated, making them entirely water-, dust- and sweat-proof, while the case is newly reinforced to IP54 standard.

That makes the Vista 2 all-weather in a truer sense than most earbuds can match, to a standard that the rest of the industry will likely take a while to catch up with.

So you can be confident that the Vista 2 will be able to take anything you throw at them, whether in their case or out on a trail. How do they actually sound while that happens, though? 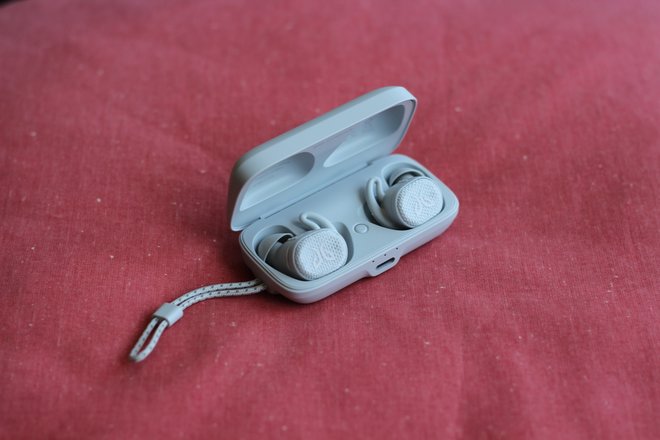 Well, the quick answer is that they’ll be very decent in most settings. The basic sound profile that the earbuds come loaded with does a creditable job across various genres.

These ‘buds aren’t going to blow you away with sonic details you’ve never before noticed, but you’re also pretty unlikely to find yourself missing out on any moments that you can hear on other hardware.

The big addition from Jaybird’s point of view, though, is active noise cancelling (ANC), and it’s no a simple on/off change. You get two new modes to choose from: the first offers full cancellation which will smooth out a bunch of outside noise and get you the focus you might want in a workout. 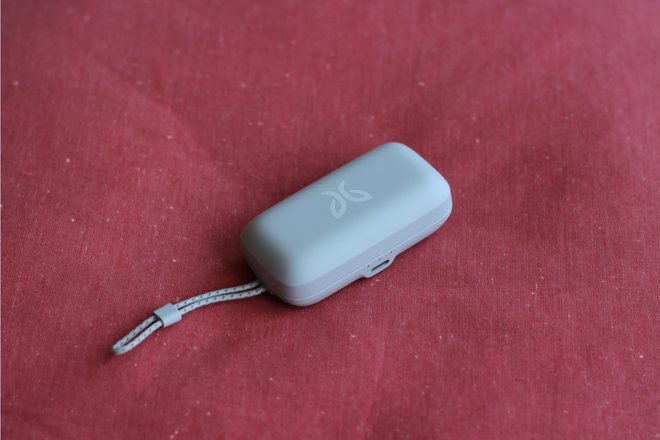 The other is billed as SurroundSense, effectively a passthrough mode for those who might be out and about and want a safer way to sense their environment. It works fine, although with that telltale tinniness that passthrough modes often bring. That said, it’s not quite the new idea that Jaybird seems to think it is.

You can also leave ANC or SurroundSense off for a small boost to battery life, rounding out your options. While the sound quality on offer here isn’t then as particularly engaging, the fact that it’s solid will be more than enough for someone focused on the sweatproofing and exercise features that the Vista 2 offers.

On the battery front the Vista 2 gets by in the middle of the road – you get up to eight hours of listening on a single charge, although this will be slightly curtailed by ANC, if activated.

With 16 more hours in the case, bringing you up to the coveted 24-hour mark, it’s a solid enough offering – but nothing to outsmart various competitors. Still, not too many road races or sporting occasions last a full eight hours.

A lot of the Vista 2’s more technical features are nested in Jaybird’s app, and it’s actually one of the better ones we’ve used. For one thing, it offers a range of equaliser (EQ) presets to pick from, which appreciably change (and can easily improve) the Vista 2’s performance. 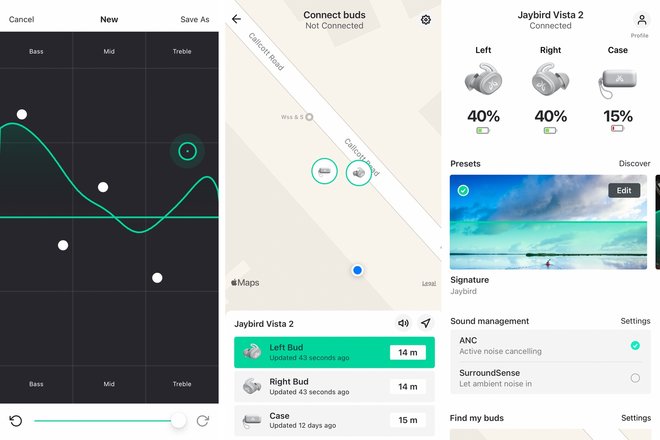 You can really easily edit these and create your own, too, for a nice dash of customisation. That’s added to by the ease with which you can change the earbuds’ controls. Each earbud has a physical button that can trigger multiple actions, as well as the ability to detect two less precise taps with your finger.

The button controls work to a decent degree, although the fact that they require you to press the earbuds further into your ears makes them uncomfortable in the main. Tapping works far better, but the limitation of only one such option for each ‘bud makes the Vista 2 a bit of a laggard in this area.

However, another ace up the app’s sleeve is a built-in Find My system that will let you know where it last detected each earbud and the case individually. This is great for anyone worried about losing each component – and works almost as well as Apple’s own system for AirPods.