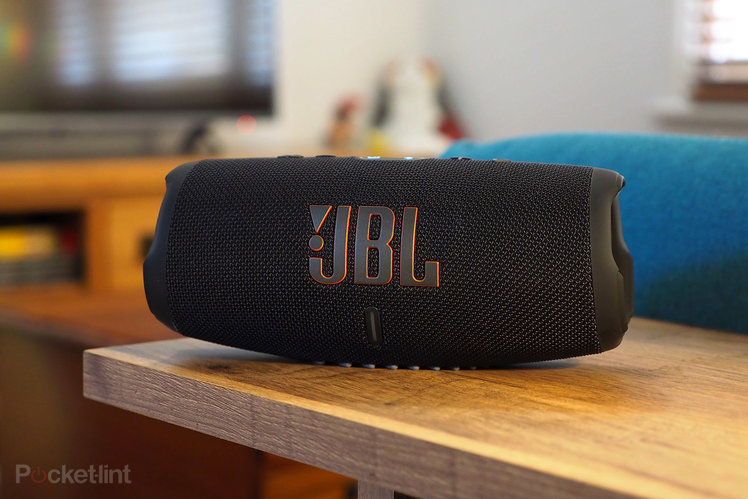 Looking for a portable Bluetooth speaker that sounds great but is rugged enough to tackle the elements too? JBL is into its fifth-generation Charge, adding even more protection from the elements in this edition – it’s now dust-sealed in addition to being waterproof – along with a tweaked set of drivers for even bigger audio chops.

There’s no shortage of portable Bluetooth speakers in and around this price point, of course, so does JBL’s sonic signature, big bass for the size, and new design aesthetic bring it the winning formula in the Charge 5?

The Charge 5 maintains a similar design to its Charge 4 predecessor, but JBL has gone all-out with its logo this time around – it’s far larger on the front, but the orange-edged lettering is fairly subdued on the black material-covered speaker body. We’d rather have a smaller logo, to keep things more discreet, but each to their own. 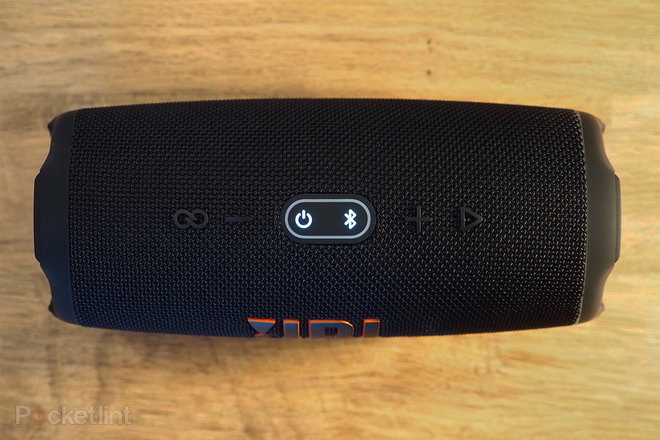 The cylindrical-shape speaker has button controls up top – on/off, Bluetooth pairing, volume up, volume down, play/pause, and app sync – which are extensive enough for anyone to make quick adjustments. Most of the time you won’t need to though: a synched phone, laptop or other source via Bluetooth will give you remote controls from that source.

Note, however, that it’s Bluetooth or nothing. There’s no 3.5mm port this time around, removing the ability to wire a source device to the speaker. It’s not especially missed, as it’s an increasingly rare use.

There’s still a flap to the rear, covering the USB-A port (used for charging external devices, such as plugging your phone in to pinch some of the battery), while the USB-C port for charging the speaker itself is on full display on the back of the unit, no cover. That’s a great change for simplicity’s sake: you needn’t fiddle about with a cover when it comes to recharging, and it doesn’t affect the product’s dust- and water-resistance. 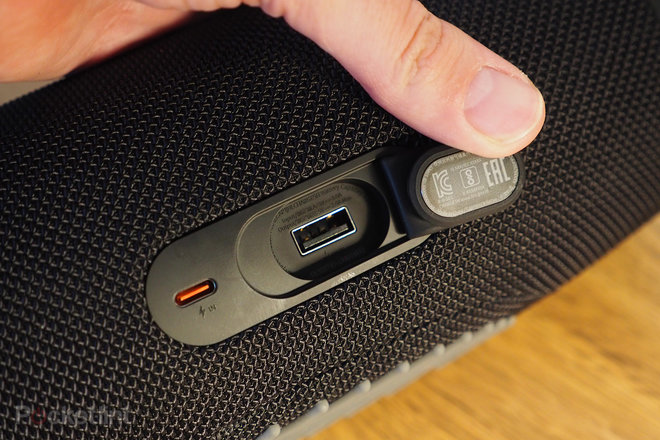 The rugged quality of the speaker is one of the Charge 5’s big sells over its predecessor. With an IP67 rating (the former was IPX7), there’s the same ‘level 7’ full-on waterproofing (technically to 1.5m depths for 30 minutes), but now with ‘level 6’ dust proofing – which is complete resistance to dust ingress.

The dust addition won’t make a giant difference to most, perhaps, but at least you know you could use the speaker on a beach, by the pool or, really, wherever you please – the elements aren’t going to cause it bother.

In terms of sound, the JBL Charge 5 delivers sound well beyond its size. It delivers chunky audio, whatever genre you’re listening to, thanks to an intelligent layout of its speakers. 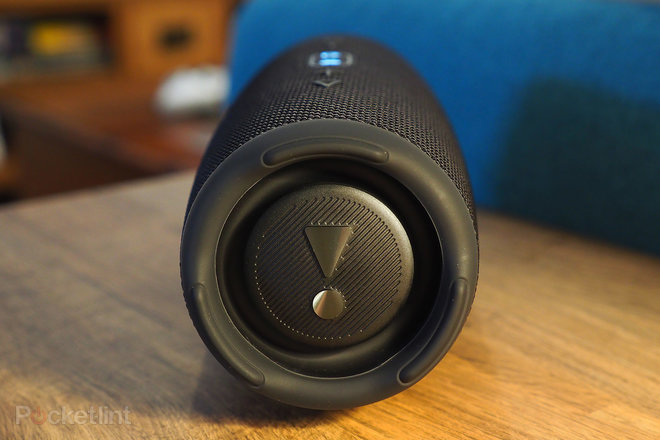 The cylindrical shape means the two ends are ‘open’, so the bass radiators have freedom to move – and you’ll see the ends wobbling about to handle the low-end output, which is where the Charge 5 delivers strong bass. We’ve had tables and floors vibrate from the sheer force of its output. Impressive for a little speaker.

JBL claims a low-end frequency of 65Hz, which when you listen might come as a surprise, given the sheer power of basslines it can handle. If you’re into underground bass music, however, you can catch light of that limitation – anything running sub bass in the 40-60Hz spectrum won’t have impact, but that’s not going to affect most musical genres.

The driver arrangement has been rethought compared to the earlier Charge models, too, upsizing the bass driver ever so slightly, to deliver even more power (40W up from 30W). There’s also a dome tweeter to deliver crisp high-end, which was absent before. The balance of sound is well handled, nothing drowned out or lost in the overall mix. 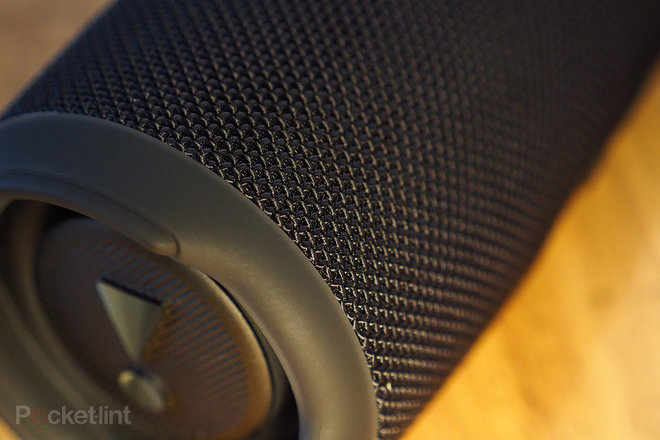 Despite being a cylinder, sound output isn’t a true 360-degrees of output. Although with its newly designed rubberised ‘feet’ – which are diagonal raised lines – will ensure the speaker’s position is consistent anyway, there’s no rolling-around-the-desk behaviour to worry about here.

With Bluetooth 5.1 we’ve found connectivity to be consistently reliable, with no drop-outs. The newer protocol (5.1 compared to 4.2) also means further transmission potential, ensuring that playback always remains in tact even with added distance or, say, walls in the way as you wander around the house or wherever you are listening.

JBL says you’ll get 20 hours of listening time from a single charge of the Charge 5. That seems fair from our experience, although it’s going to depend on just how loud you hammer out the volume – and this little speaker can go really loud (although, at the highest of volumes, can lose its way just a little bit). 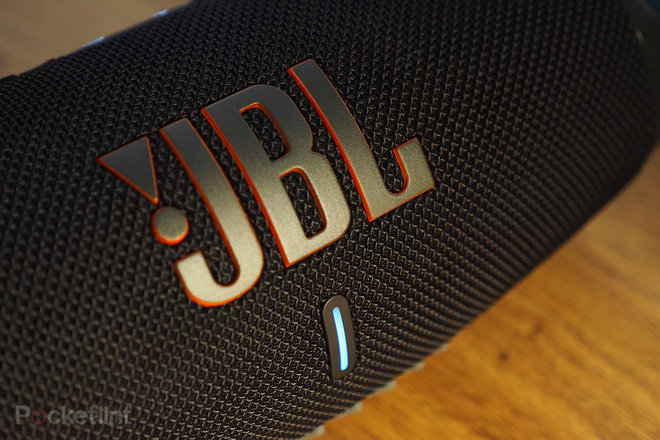 There’s also the JBL PartyBoost app available, should you wish to pair your JBL speaker with another for using in stereo mode, or pair it with yet more (up to 100, apparently, which we’re sure nobody has ever done). Fun, though.